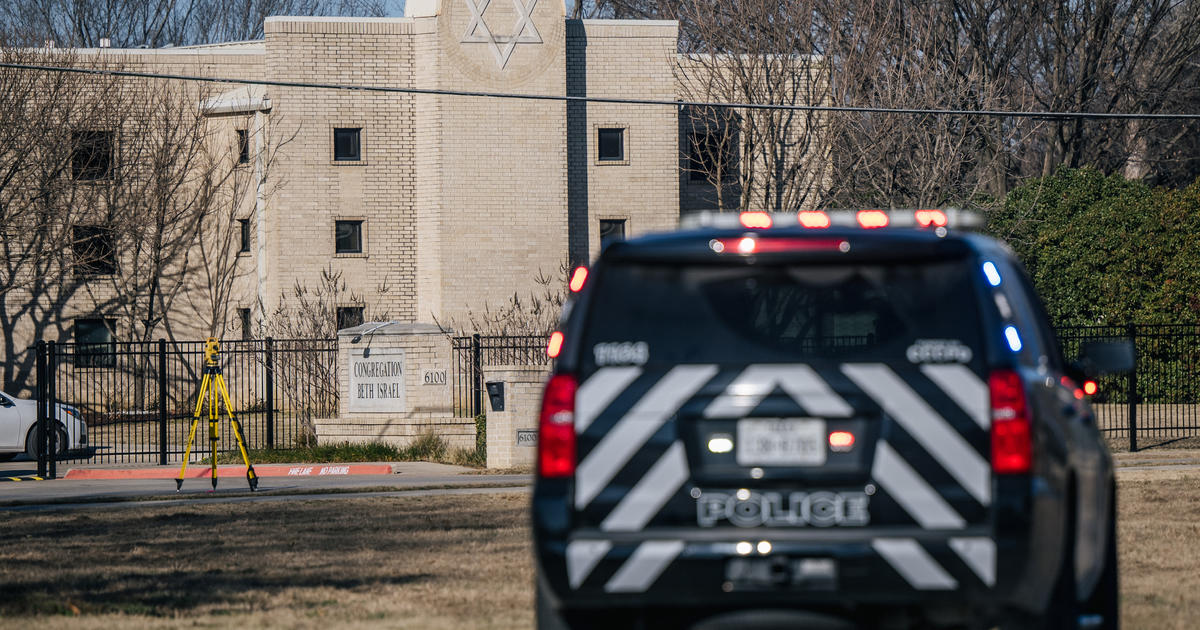 DALLAS (CBSDFW.COM) — Brad Sham has been the voice of the Dallas Cowboys for over 40 years.

Now the broadcast icon has something else to say on behalf of the team.

Like so many other people on a Saturday morning in January, Sham learned of the British subject holding four hostages at gunpoint at Congregation Beth Israel’s synagogue in Colleyville — while the morning Shabbat service was being streamed live.

Sham, who is Jewish, said: “The first thing that went through my mind was okay, what exactly is going on? And then my second thought was why would anyone be surprised other than that it’s in your backyard. Nobody is immune.”

During interviews with CBS-11, the rabbi and Cohen said the gunman told them he aimed it at the synagogue because he believed that Jews controlled everything in society and as a result could help release a prisoner held in Fort Worth is being held.

Sham said, “One thing the Jews have taught for centuries and millennia: you must keep going, because the attacks will not stop. They have never stopped.”

Days later, Sham said that the Cowboys’ chief of human resources had called him and their General Counsel, Jason Cohen, who is also Jewish.

The Cowboys wanted to contribute to their organization’s discussions with employees about diversity, equality and inclusion and address the topic of anti-Semitism.

Sham said, “They said we need to talk about this. We don’t know enough about what happened, what’s going on, we need to know more, will you help us?”

Sham said he called Cheryl Drazin, the vice president of the central division of the Anti-Defamation League, or ADL.

Drazin said, “I was honoured. I was pretty sure they weren’t calling me for cheerleader tryouts. But I was absolutely delighted that, like many other business leaders in our community, they brought anti-Semitism into their DEI conversations.” .”

The Cowboys arranged a conference call with Dallas Drazin and Rabbi Nancy Kasten to discuss anti-Semitism.

Sham said many employees have voluntarily joined the call to learn more about it. “There were 250 employees of the organization, who were not players, coaches or administrators because they embrace and promote diversity. It’s not that 20 percent of their employees are Jewish. There could be three or four. It would include me and I am not a full time employee of the organization my faith is really important to my daily life and the fact that this high profile organization which employs a really small Jewish population realized the need how important it is for everyone to be exposed to conversation in which they can hear Cheryl and Rabbi Nancy Kasten, to me that’s a sign of progress.”

That internal employee interview took place in March and was not published.

Sham said, “They didn’t do it for the show. They really did. That’s the most important thing to me. It matches who they are. I’m doing this job that I’ve been doing for 44 years now and only twice have I had a had to miss a game due to a direct conflict with the High Holy Days. But no one ever blinked when I said, ‘Hey, I can’t do that game, it’s Erev-Rosh Hashana. I can’t do that game’. That’s who they are.”

The Cowboys are not alone.

Since the synagogue hostage situation, Drazin said dozens of other businesses in North Texas have reached out to her so they too can incorporate anti-Semitism into their conversations with their employees.

She said Texas Instruments, Toyota and American Airlines spoke to employees about anti-Semitism before Colleyville. “The realization that anti-Semitism needs to be part of that curriculum, that it’s the original anti-bias and that people need to understand what it is, whether it affects a small or a large part of their workforce or their customer base.” 109 years ago, ADL was founded to stop the defamation of the Jewish people and to ensure justice and fair treatment for all. I think these kinds of programs express exactly that.”

The Congregation Beth Israel hostage crisis is an example of the recent rise in anti-Semitic acts across the country and here in the North Texas-Oklahoma region.

For Sham, it’s a reminder of how vital it is for the Cowboys and other companies to make their voices heard in the discussions about anti-Semitism.

When asked how important it is to him personally, Sham said, “It’s pretty important. My rabbi has advised that the best way for Jews to fight anti-Semitism on a daily basis is to be openly Jewish and I’m probably on a personal spiritual basis.” trip. 16 to 17 years now.”

Jack covers politics for KTVT-TV CBS 11 and has been with the station since September 2003.