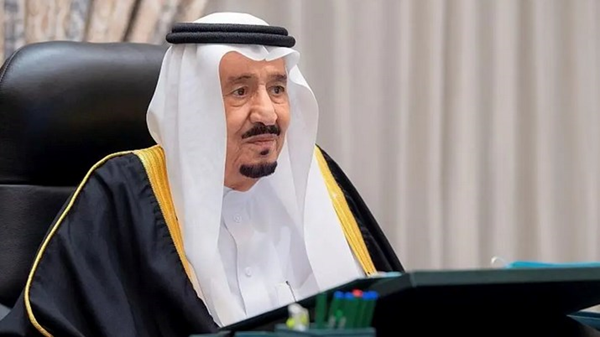 Custodian of the Two Holy Mosques, King Salman bin Abdulaziz Al Saud, led the transfer of Yemeni conjoined twins (Mawaddah and Rahma), the daughters of Hudhayfa bin Abdullah Noman of the Republic of Yemen, to King Abdulaziz Medical City for the National Guard in Riyadh for medical examinations and the ability to separate them, according to the Saudi Press Agency (SPA).
His Excellency the adviser to the Saudi royal court, the general supervisor of the King Salman Humanitarian Aid and Relief Center and the head of the medical team for the separation of the conjoined twins, Dr. Abdullah bin Abdulaziz Al-Rabiah, explained that this humanitarian gesture by the custodian of the two holy mosques towards the brotherly Yemeni people is an extension of his many humanitarian positions towards the needy in all areas. that the Yemeni conjoined twins, Mawaddah and Rahma, are female and born as conjoined twins on the lower chest and abdomen.

He stressed that the custodian of the two holy mosques attaches great importance to the Saudi conjoined twins program, and that the program is receiving support and follow-up from His Royal Highness Prince Mohammed bin Salman bin Abdulaziz, Crown Prince and Deputy Prime Minister, noting note that this generous initiative is a continuation of the services provided by the Kingdom of Giving and Humanity, multiple for the Arab and Muslim nation and the whole world.