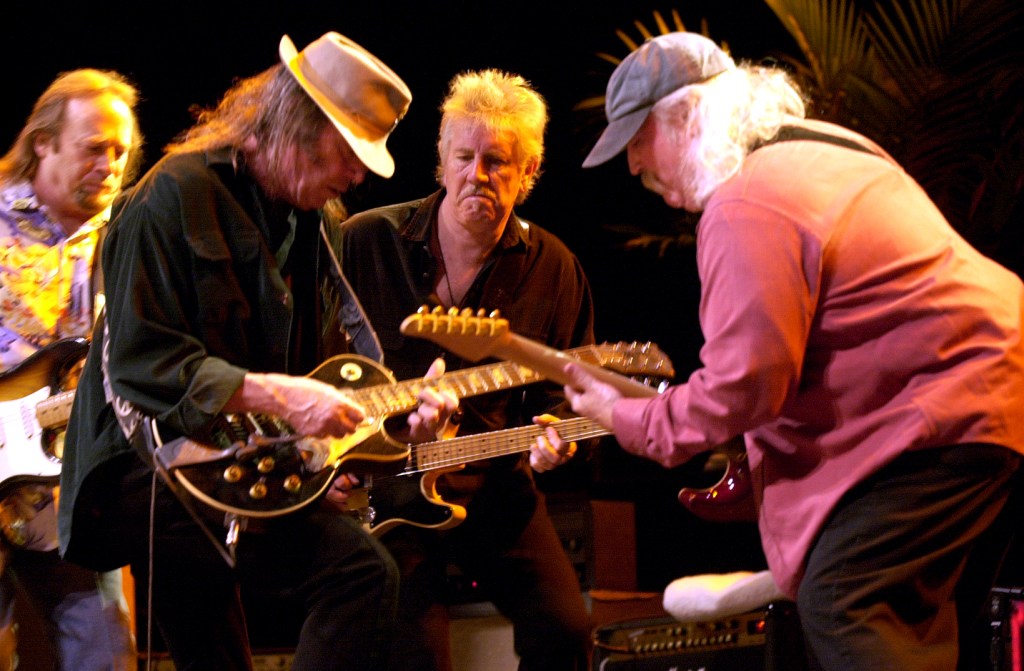 Crosby, Stills and Nash apparently don’t just give us a number before they leave. That’s because they’ve decided to return to Spotify, ending a streamer boycott that began in February in protest of podcaster Joe Rogan’s content.

Billboard announced the return of the group’s music starting Saturday. David Crosby, Stephen Stills and Graham Nash originally announced they would be leaving the streaming service and joining ex-bandmate Neil Young and others. The boycotts involved Rogan’s podcast guests, some of whom promoted theories about the pandemic that conflicted with the official story.

A joint statement released by the group at the time said they agreed with Young’s concerns that Rogan is spreading “dangerous misinformation” about the COVID-19 pandemic through his podcast.

“While we always appreciate alternative points of view, knowingly spreading disinformation amid this global pandemic is having deadly consequences,” the band wrote. “Until real action is taken to show that a concern for humanity must be balanced against commercialism, we don’t want our music — or the music we’ve made together — to be on the same platform.”

To mitigate the impact of the return, the 50-year-old CSN said it would donate streaming proceeds to “COVID-19 charities for at least a month,” the magazine said. Crosby, Stills & Nash were formed in 1968 and Young joined a year later.

The group has been inactive since 2015.