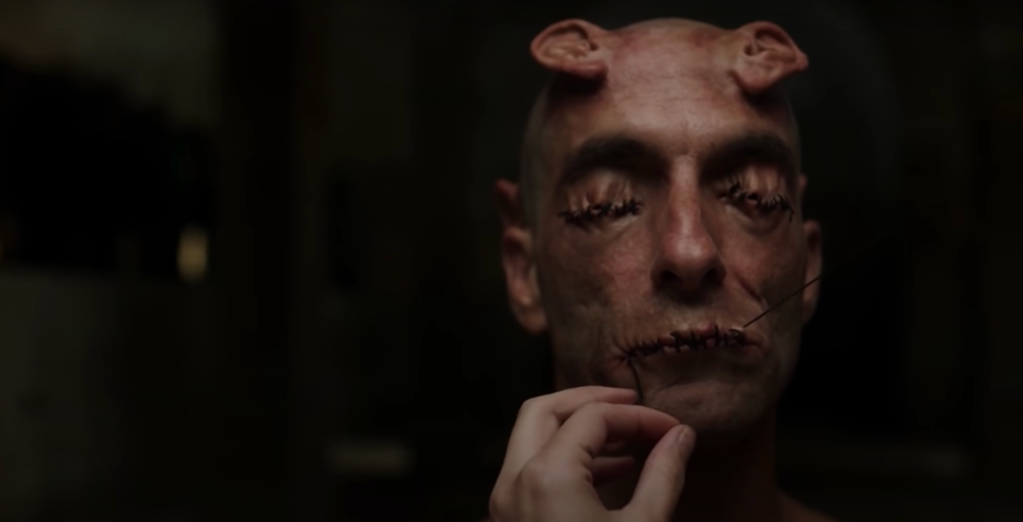 David Cronenberg’s “Crimes of the Future” opened to a general public this weekend without lighting up the box office, which no one expected.

Cronenberg’s filmography is one that has brought unadulterated respect from cinephiles, while never having the populist appeal to break through into massive commercial translation or draw attention. While it’s never too late to become an Oscar darling (i.e. Christopher Plummer taking home his three Oscar nominations and winning after the age of 80), unless the King of Body Horror makes a drastic change in style and genre, it would be criminal if he is not recognized by the industry as a prolific author. The honorary Oscar is the perfect instrument for such an award.

Despite telling an ambitious allegory of art, autism, global warming, awards season, relationships, and perhaps a dozen others to pick from multiple viewings, “Crimes of the Future” is far too cerebral for the mainstream awards attention.

When the pre-season kicks off later this year, it won’t be surprising that groups like the Toronto Film Critics are giving the film noms or wins for its actors, most notably Viggo Mortensen and Léa Seydoux. Even the original screenplay or Kristen Stewart can show up. When it comes to the guilds, there can be two craft categories in play for noms: production design and makeup and hairstyling, depending on how loud the fall circuit gets.

At age 79, Cronenberg has never been nominated for an Oscar, but there’s no denying his contribution to the cinematic medium. As he gets more seasoned, he doesn’t get any less subtle with his stories and insists on pushing the cinema as far as possible.

With a filmography that includes “The Fly” (1986), “Dead Ringers” (1988) and “eXistenZ” (1999), you can find the blueprint of many of today’s emerging filmmakers within the confines of its previous classics. An honorary Oscar rewards such an impact.

Violence and horror were the mainstays of his gravitas and it’s too simple to say the Academy just doesn’t dig the genre. Some styles are just ahead of their time. While membership makes progressive moves toward a range of different films and styles (i.e. “Get Out” wins the original screenplay), Cronenberg’s 22 feature films have never resembled a major Oscar film in history.

His closest moment to big Oscar glory came with his “A History of Violence” (2005), a film about a small-town restaurant owner who comes face to face with his past after becoming a local hero.

Released the same year that included Ang Lee’s cowboy novel “Brokeback Mountain” and Steven Spielberg’s darkly visceral “Munich,” “A History of Violence,” it has aged like fine wine and stands as my personal favorite of his career.

Four years away from the Academy expanding to 10 best picture nominees, it was nearly impossible for the film to be assigned a lineup of five that also included a look at a tortured author (“Capote”) and a news organization’s struggle against politicians (“Good night and good luck”).

It was a combative year as journalists and the public challenged the Academy to look beyond the conventional selections they would normally make, leading to Jack Nicholson’s shocking envelope and reading of “Crash.” Cronenberg’s unbridled drama was steeped in too much bloodshed to break through. Since then, we thought the Oscar’s toe-dip into Cronenberg’s world would open up more opportunities for a statuette, but it didn’t work out.

Mortensen received his first Oscar nomination with the duo’s follow-up film “Eastern Promises” (2007), the film’s only nomination. After that, it was a complete turn-off for his next three films – “A Dangerous Method” (2011), “Cosmopolis” (2012) and “Maps to the Stars” (2014), all of which debuted at prestigious festivals such as Cannes and Venice.

In December 2020, I made suggestions for worthy honorary Oscar recipients named Jamie Lee Curtis, Loretta Devine, Brad Dourif, Danny Glover, and Harrison Ford. Glover was honored last April, the weekend of the 94th Oscars ceremony, along with others such as Elaine May and Samuel L. Jackson. While the Neon movie may not be his best outing, Cronenberg’s signature beats and striking visuals still showcase the prowess of a director who is one of our greatest authors.

As consumers and industry professionals continue to advocate for greater representation of the horror genre, one of the fathered children David Cronenberg would be a prime candidate to be honored.

‘Crimes of the Future’ is now showing in select theaters.