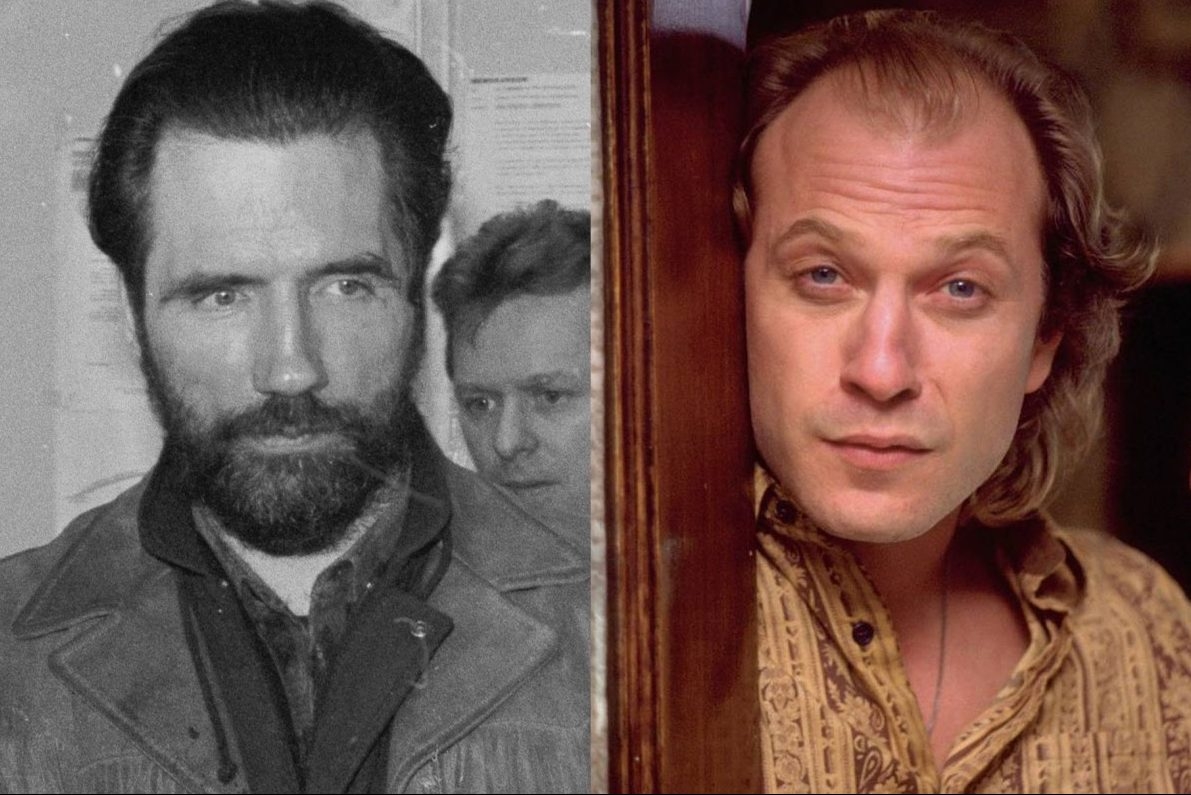 When Thomas Harris wrote his seminal serial killer novel Silence of the Lambs, he found inspiration in Philadelphia.

The 1988 novel centered around the hunt for a maniac nicknamed Buffalo Bill.

Harris discovered his murderous muse in the form of Gary Heidnik in the City of Brotherly Love.

Labeled a genius, Heidnik was born in Ohio in 1943 and served in the US Army until it was suggested that maybe he wasn’t quite cut out for it, as in he was a paranoid schizophrenic.

It would not be the last time Heidnik’s sanity was called into question.

Still, Heidnik wasn’t going to let Uncle Sam’s rejection ruin his life. He would end up making millions in the stock market and in a moment of inspiration, established the United Church of the Ministers of God to beat the IRS.

Heidnik was the self-proclaimed bishop of the church.

By the 1970s, Heidnik had landed in Philly. Neighbors said he was, well, a bit eccentric.

There was an attempt at marital bliss via a mail order bride from the Philippines. She arrived in September 1985 and the pair married two months later.

But there was something else. He never told his new bride that he had been jailed in 1978 for kidnapping, raping and sodomizing his then-girlfriend’s mentally challenged sister, keeping her prisoner in his basement.

It didn’t take the shocked new bride long to discover her Romeo was a rat. Things rapidly went downhill after Betty caught Heidnik in bed having sex with three other women and she was forced to join in. What followed were rapes and beats. Three months later she split.

Heidnik began his reign of terror in Philly for real in November 1986. He targeted prostitutes and women who were mentally challenged.

In short succession, he kidnapped six women off the streets and held them in the basement of the house he shared with longtime pal David Stec. Inside, it was a House of Horrors.

In a relentless campaign of sadism and depravity, Heidnik sexually abused, beat and tortured his captives. One of his victims perished due to the relentless torture and starvation. Her body was dismembered, then ground in a food processor and mixed with dog food and fed to the other victims.

Heidnik’s preferred method of torture was electrocution and one of his victims died this way.

At night, the women were thrown into a deep pit — like in Silence of the Lambs — and it would be covered with plywood and weights.

But after just five months, the end was on the horizon for the man Philly papers called “The People Collector.”

Captive Josefina Rivera escaped on March 24, 1987 after convincing Heidnik to let her go out, promising to lure another slave for him. Bizarrely, Heidnik agreed.

Rivera went to the cops who came back to the house in force and arrested the creepy man. He told stunned homicide detectives — who discovered body parts in his freezer labeled “dog food” — that the women came part and parcel with the house.

At the time of his judgment, Heidnik had a whopping $750,000 in his bank accounts and even more with various brokerages.

At his murder trial, Heidnik was in a frenzy of denial. In fact, he denied everything and … captive Sandra Lindsay was murdered by the other women for being a lesbian, he revealed.

His legal team focused on Heidnik’s tentative grasp on reality, but the prosecution countered that the killer’s vile machinations were all carefully planned. Heidnik, prosecutor Charlie Gallagher later said, had always acted crazy to get what he wanted.

“From the eve of Thanksgiving 1986, up through March 1987, this man conducted repeated sadistic and malicious acts upon six defenseless victims. He planned what he was doing, he went ahead and did it, and he did it on purpose,” Gallagher later said.

“What kind of girls did he take? Girls that he knew he could force into submission. He got the young girl, with mental retardation, he got her, and she was in chains, he forced her to sign a note, sent it home to her mother in order to diffuse the family from trying to find that girl and save her. Is that the mind of someone who’s psychotic? Who didn’t know what he was doing?”

In the end, all his excuses earned him was a ticket to Pennsylvania’s death row at the State Correctional Institution at Pittsburgh.

Despite appeals, Heidnik was executed by lethal injection on July 6, 1999. To date, he is the last execution in the Keystone State.

From our newsroom to your inbox at noon, the latest headlines, stories, opinion and photos from the Toronto Sun.

The next issue of Your Midday Sun will soon be in your inbox.