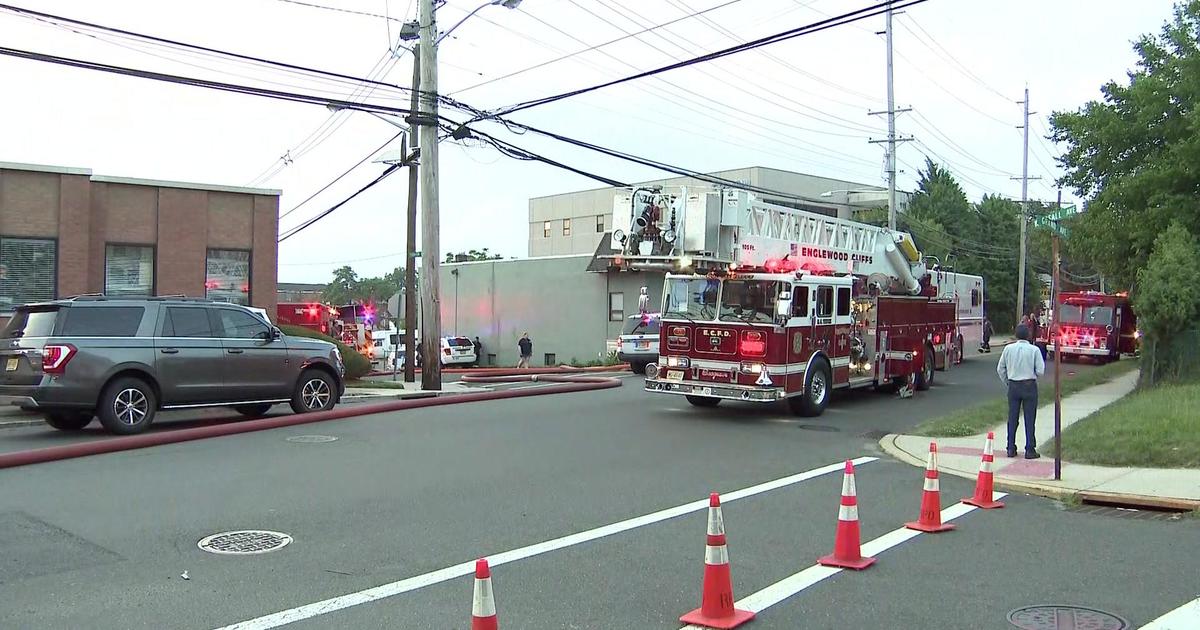 PALISADES PARK, NJ — Firefighters worked through the heat and humidity Saturday afternoon as they battled a warehouse fire in Bergen County, New Jersey.

More than 100 firefighters responded to the four-alarm fire in Palisades Park.

Crews were turned in and out to keep them safe in the challenging weather conditions. A firefighter was treated at the scene for heat exhaustion, but no other injuries were reported.

A resident told CBS2 that the warehouse hadn’t been used for at least a year.

The cause of the fire is being investigated.