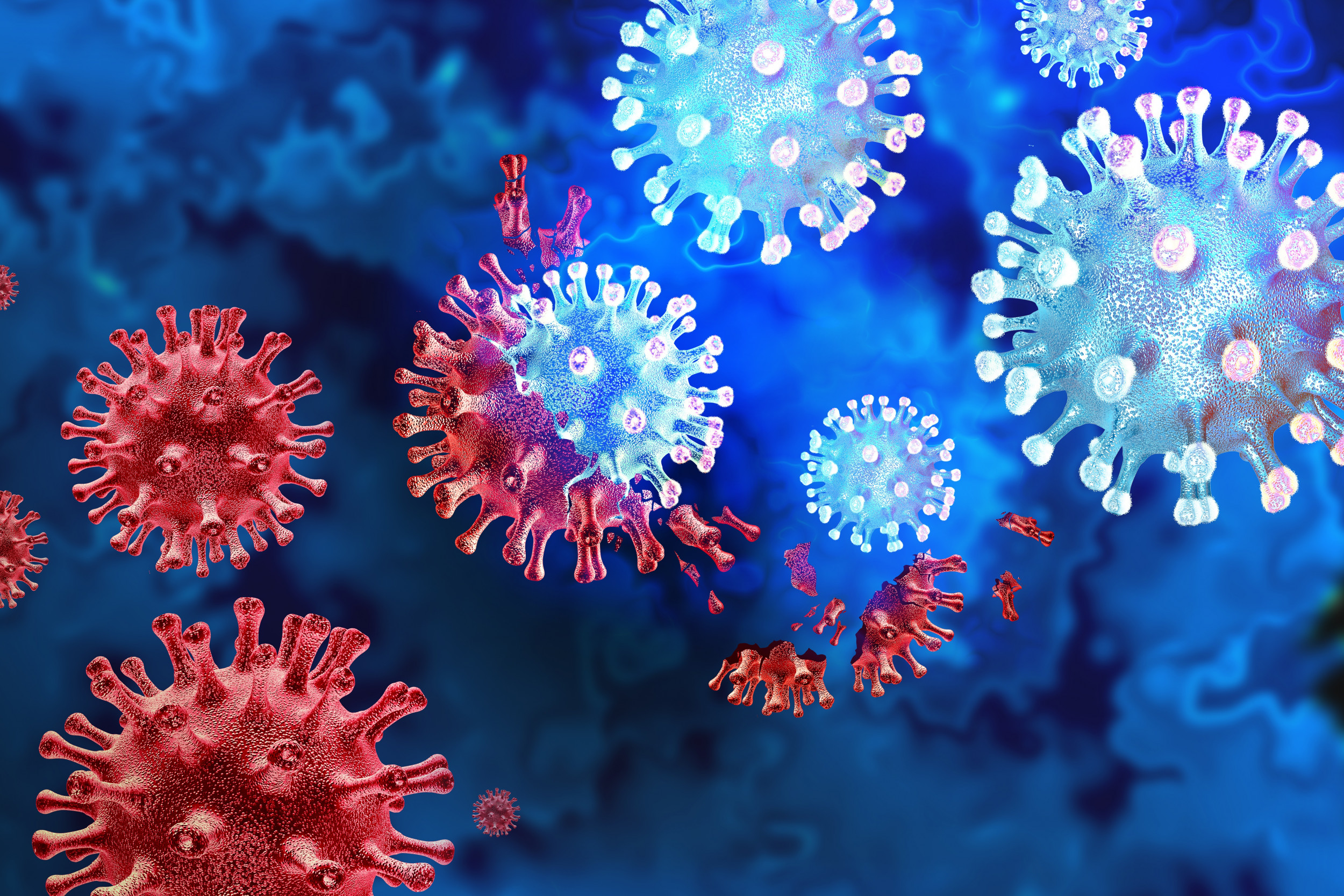 More than 1,000 cases of monkeypox have been confirmed around the world in several countries where the disease is not commonly found, including the United States, raising questions about how the virus spreads.

But can monkeypox, a rare disease usually confined to parts of central and western Africa, spread through the air like the SARS-CoV-2 virus responsible for the COVID-19 pandemic?

Some infectious diseases can spread through the air through tiny respiratory droplets called aerosols that can linger in the air. These droplets are produced when a person exhales, sneezes, coughs, talks or sings, for example. These droplets may contain live viruses or other pathogens that could potentially infect healthy people if they get into the eyes, nose, or mouth.

Airborne transmission does not require face-to-face contact, and in fact an infected person doesn’t even need to be in the same room as another person to infect them, as the droplets can linger in the air for some time.

Several diseases are airborne, including measles and chickenpox. Others, meanwhile, can spread through larger respiratory droplets that don’t float in the air as easily and fall to the ground more quickly.

SARS-CoV-2 spreads through exposure to respiratory fluids containing the infectious virus, and while it wasn’t apparent in the early stages of the COVID-19 pandemic, we now know it could include aerosols.

According to the Centers for Disease Control and Prevention (CDC), SARS-CoV-2 can spread in three ways: by; larger respiratory droplets that land on exposed mucous membranes such as the mouth, nose, or eyes; inhaling contaminated aerosols; and touching mucous membranes with hands contaminated with live virus.

While large respiratory droplets can fall to the ground in seconds to minutes, the smallest can linger in the air for minutes to hours. The risk of transmission is greater the closer you are to an infected person. The concentration of aerosols is highest within about three to six feet of the person, although these tiny droplets can travel even further.

However, not much is known about monkeypox about whether or not the disease is spread via airborne aerosols, although this does not appear to be the primary route of transmission.

Unlike SARS-CoV-2, the monkeypox virus, which can enter the body through the respiratory tract, mucous membranes and damaged skin, does not spread easily between humans and usually requires close or direct physical contact with an infected person.

Human-to-human transmission can occur through larger respiratory droplets. These cannot travel far, so it usually takes extended periods of close contact to spread the virus in this way.

The virus can also spread through direct physical contact with areas of the skin or mucous membranes that contain monkeypox lesions, in addition to indirect contact, such as by sharing bedding, clothing, or other items contaminated with bodily fluids or lesions from an infected person.

Monkeypox is likely transmitted through large respiratory droplets, although direct close contact (with a patient or their molting skin, or bedding, etc.) is likely to be a more important driver of transmission,” Dr. the Liverpool School of Tropical Medicine in the United Kingdom, said: news week†

“Large drops travel about 1 meter [3.2 feet] in the air before falling to the ground,” he added.

While there is no evidence of airborne transmission with monkeypox, some scientists are concerned that the virus could spread in this way. In an update on the recent outbreak affecting non-endemic countries, the World Health Organization suggested that aerosol transfer over short distances is possible.

Monkeypox belongs to the same family as the smallpox virus (which has been eradicated) and is thought to behave similarly to its relative. There is evidence from past outbreaks of smallpox that it spread through the air, indicating that the same may be true for monkeypox.

But while SARS-CoV-2 is a small single-stranded RNA virus — a feature that can help it spread through the air — monkeypox is made up of double-stranded RNA. As a result, it’s much bigger and heavier, meaning it can’t travel that far, Luis Sigal, an expert on smallpox viruses at Thomas Jefferson University in Philadelphia, told me. The New York Times†

The latest monkeypox outbreak, in which clusters of cases have been identified in about 30 non-endemic countries, is unusual, especially since many of the recent cases have not traveled to endemic regions.

Scientists are still trying to understand the dynamics behind the latest outbreak and whether something about the virus has changed or not, potentially affecting its transmissibility or the type of disease it causes, although there is currently no evidence for this.

At this stage, Adler said it is “highly unlikely” that the virus has mutated to facilitate airborne transmission.

“It doesn’t evolve that fast and no mutations have been identified so far that indicate a change in transmission,” he said.