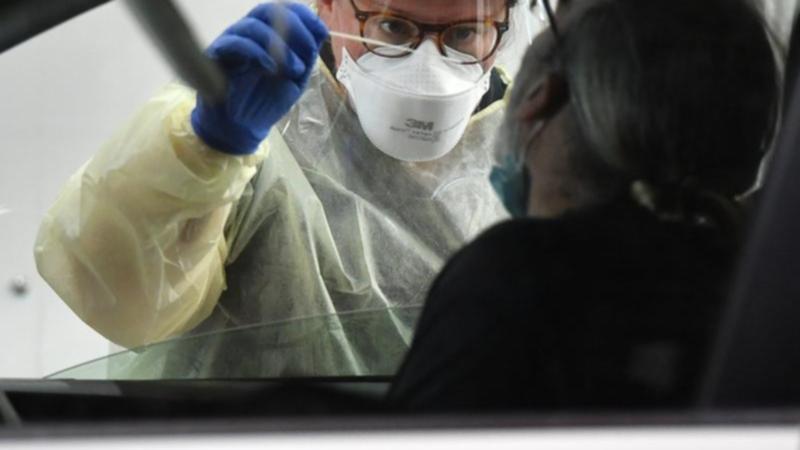 WA’s reported COVID cases have fallen for the fourth straight day, with hospital admissions remaining stable – though they are nearly breaking the 300 barrier for the first time.

There were a further 12,399 infections in the latest reporting period until 8pm Saturday, while the number of people hospitalized with COVID rose slightly to 294 (from 292 the previous day).

The number of patients in ICU remained stable at 10.

Four additional deaths were also reported dating back to April 30: a man in his 50s and two men and a woman in his 90s.

The number of reported cases declined over the weekend as the number of tests dropped and only 10,648 PCT tests were performed on Saturday, of which 4,505 (42 percent) came back positive.

That compares to the number of PCR tests well above 15,000 on every weekday last week – and closer to 20,000 on Tuesday and Wednesday.

The state’s active cases have risen to a new all-time high of 88,238 — meaning the number of active infections has more than doubled in a fortnight.

The big increase in the number of cases comes after Prime Minister Mark McGowan relaxed most level 1 COVID restrictions — including mask-wearing and capacity limits — on April 29.

Chief Health Officer Andy Robertson said Friday he expected the number of daily cases to peak at around 25,000 next week before starting to decline.

That’s much higher than the 10,000-case forecast in Omicron modeling set by WA Health prior to the removal of the WA hard boundary.

However, Mr McGowan has repeatedly said that hospitalization – and in particular the number of patients in intensive care – is now a more important indicator than cases, with the world’s leading three-dose vaccination rate (80.7 percent) covering the vast majority of Western Europe. stands for. Australians experienced only very mild illness.

The prime minister also said Friday that the “millions and millions” or free rapid antigen tests provided by the McGowan government meant that many more cases were recorded and reported in WA than in other states.

“Victoria is going through five waves of COVID. We actually had one,” he said.

“So over there I think people don’t worry about reporting anymore.

The Australian Medical Association (WA) has called for the urgent re-introduction of masks in public in response to the rising number of cases, with President Mark Duncan-Smith warning that hospitalizations would hit 350 in the next week.

“The increased pressure on the system will manifest as increased and critical ramping, problems (with) ambulance availability, likely cancellation of elective surgeries, staff burnout, and poorer outcomes for all hospital presentations, not just COVID,” said Dr Duncan Smith.