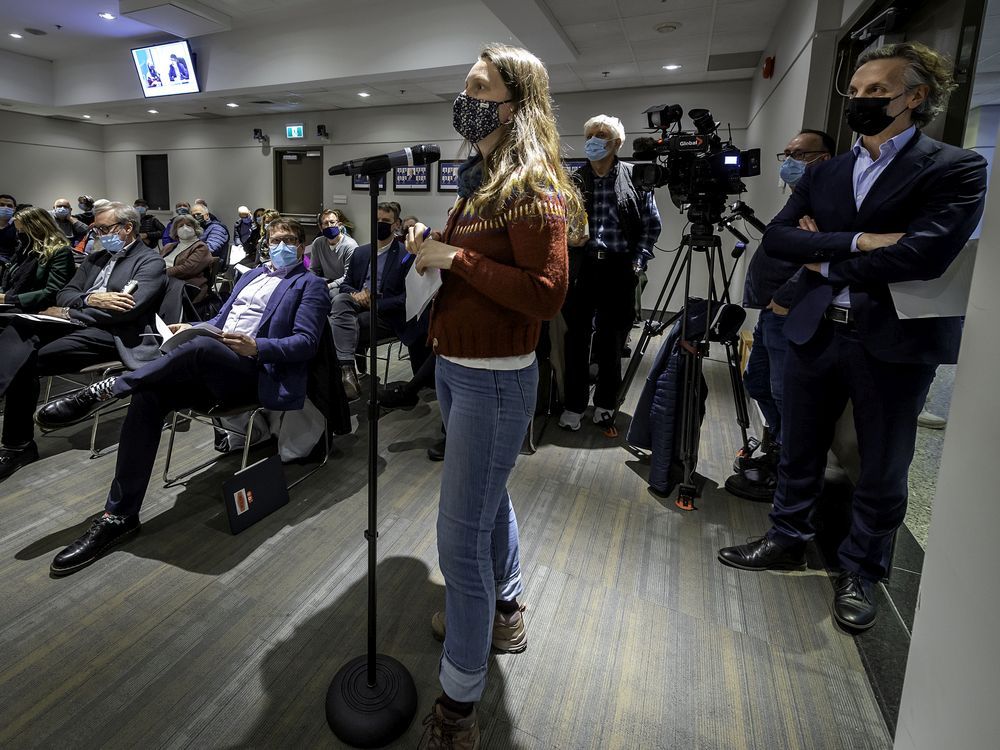 Six of the eight councilors voted to take the Cadillac Fairview (aka MU1) shopping center area out of the freeze.

The draft regulation replaces the interim control decision, valid for 90 days, which was unanimously adopted by the council in February.

The final interim control regulation will be adopted in May, with public consultations scheduled for next fall.

“The purpose of this ordinance is to freeze development projects in certain sectors of the city while continuing to update our urban plan and conduct public consultations beginning in the fall of 2022,” Mayor Tim Thomas said.

“This regulation can be repealed or amended at any time,” he added.

Stainforth stated that a Comprehensive Development Plan (CDP) was a better way for the city to move forward with the CF car park project. Under a CDP, the public would have the opportunity to discuss the entire CF development, not just zoning, she said.

Stainforth also said not adding MU1 to the freeze “will allow our Urban Planning department to start creating a CDP, which would not be possible otherwise.

But Councilor Bruno Tremblay, whose District 6 includes the Fairview mall and adjacent forest, said keeping the CF in the freezer was a better approach.

“We need to catch our breath here in Pointe-Claire to see where we are and where we’ve gone,” Tremblay said. “The RCI gives us a huge opportunity to do that. It may be true, the TOD may be the way to go. We do not know yet. What I hear from citizens is that they want to wait, they want to watch, they want to study.”

City manager Robert Weemaes also noted that it is not mandatory for CF to be in a CDP. “No, the developer must be willing to enter into that agreement.”

Geneviève Lussier of the Save Fairview Forest group asked if the city had any information about future phases of the Cadillac Fairview redevelopment project.

Weemaes said the “only complete information we have is for phase 1.”

Brian Salpeter, CF’s senior vice president of development, attended the meeting and said the developer is willing to listen to ideas from citizens.

“We are open to incorporating elements into our project based on the interest and need of the community, such as an on-site nursery, an urban community garden that can be built on top of the new parking garage, cycle paths and playgrounds in the new outdoor space square,” he said.

Salpeter also objected to the mayor’s earlier characterization of the project as “apartments” and the number of high-rises planned on the site.

But Thomas replied by saying, “The quick answer to that is that your project is not complete and can change. These are obvious possibilities and as far as I understand from our planning department, these plans have changed over time and may change in the future. So the potential project could be whatever Cadillac Fairview would like, if not under the auspices of the RCI.”

Thomas added that he had no “fixation” with CF’s project. “I want you to be equal to everyone else. I don’t want your project to be treated in any special way,” the mayor said.

Nickie Fournier, a former Pointe-Claire resident, said she wanted the freeze to remain as it is so citizens “can come and make their voices heard.”

“You are destroying a city we love,” she told the city council. “If we chose you, want people to want you to do, not what you want to do.”

Another citizen, Henry Dery MacNeil, said he supported the CF project because it would increase the housing options available.

Pointe-Claire’s next council meeting is scheduled for May 3.