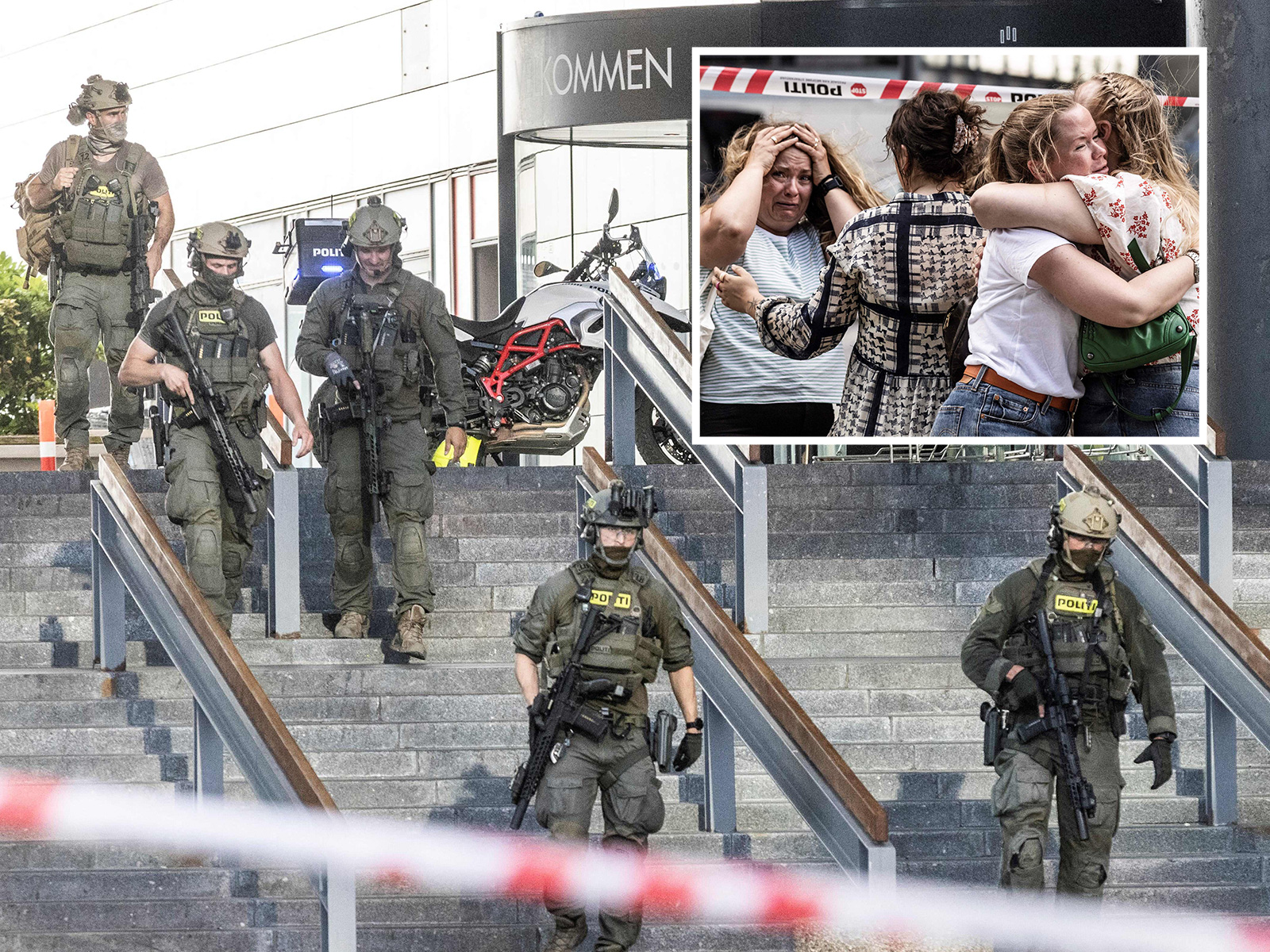 Some conservatives on Sunday compared the shooting at a shopping center in Copenhagen, Denmark, to gun violence in the United States, criticizing the “left” for claiming gun laws do not prevent mass shootings.

“Shooting in Copenhagen Denmark where guns are FORBIDDEN? Ooooh kid, I can’t wait for the left to explain how that happened!” Florida GOP congressional candidate Lavern Spicer tweeted in response to the shooting.

Danish police said Sunday afternoon that a 22-year-old Danish man had been arrested in connection with the shooting at Field’s shopping center south of the city that killed several people, Reuters reported, adding that authorities could not rule out the possibility of the incident as a “terrorist act”.

“Several people have been injured and what we also know now is that there are several deaths,” Police Superintendent Soren Thomassen told reporters, but did not disclose the suspect’s motive or whether he was known to police.

Thomassen also said it was too early to identify the exact number of victims, but added that there is no indication that other gunmen were involved, according to the BBC.

“My thoughts and prayers go out to the victims. I really hate gun violence and I hate the bad people who want to disarm the general public and keep them unsafe,” Spicer said in another tweet.

Denmark has restrictive gun laws that are regulated by the Ministry of Justice and the European Commission, according to Gun Policy, an organization that focuses on gun control and violence.

Citizens are not allowed to own fully automatic firearms, while semi-automatic weapons and pistols are only allowed with special permission. Gun owners may also own ammunition that is only suitable for the weapons they own.

Those wishing to become a gun owner in Denmark must demonstrate a genuine reason for owning a firearm, such as for collecting or hunting. They also must not be under the age of 18 and must have passed a background check that examines criminal and mental health records. The Danish authorities keep registers of licensed civilian firearms owners who are allowed to acquire, possess, sell or transfer firearms or ammunition under the arms policy.

Meanwhile, discussions about tougher gun laws in the United States were renewed after deadly mass shootings in May after 18-year-old gunman Salvador Ramos shot and killed 19 children and two teachers at an elementary school in Uvalde, Texas. Furthermore, Payton Gendron, 18, fatally shot 10 black people at a grocery store in Buffalo, New York in what was being investigated as a racially motivated attack.

In response to increased gun violence in the country, the Senate last month passed a gun safety law designed to reduce gun violence. The Senate passed the Bipartisan Safer Communities Act by 65-33 votes.

The legislation is designed to keep firearms off of dangerous individuals, although gun control proponents pointed out that the bill does not restore the 1994 ban on semi-automatic military rifles.

Still, some conservatives claimed on Sunday that gun safety laws don’t prevent shootings, comparing gun violence in America to that of Denmark.

Willie Montague, Florida congressional candidate, tweeted: “Praying for the people of Copenhagen, Denmark. Praying for the left, too, wakes up realizing mass shootings are not prevented by gun laws. Denmark makes it nearly impossible to get a gun, but a mass shooting just happened there.”

A chart quoted by Bloomberg in May showed that the United States experienced the most gun violence compared to other countries with developed economies. The US had a rate of 3,964 deaths per 100,000 people, while Denmark had a rate of 0.141. In 2018, there were a total of 64 annual firearms-related deaths, according to Gun Policy.

Following on from his comments, Virginia Republican congressional candidate Terry Namkung condemned the attack in Denmark in a tweet: “My heart goes out to the victims of the mass shooting in Copenhagen. Gun laws are incredibly strict in Denmark, but still. this shooting took place. cannot take away evil by law.”

“The left is confused right now. There was a mass shooting in Copenhagen. Copenhagen is in Denmark. Guns are basically illegal in Denmark. Their gun law conversation topic was literally shot dead. Is it Putin’s fault or the NRA? ” said political strategist Joey Mannarino.

Meanwhile, there was a heavy police presence in Denmark on Sunday as shoppers rushed out of the mall, according to images quoted by Reuters.

One of the images of tabloid Ekstra Bladet shows how a person is carried on a stretcher in an ambulance. Field’s is one of Denmark’s largest shopping centers with over 140 shops and restaurants.

“People first thought it was a thief… Then I suddenly heard shots and threw myself behind the counter in the store,” Rikke Levandovski, a witness at the scene, told broadcaster TV2. “He just shoots into the crowd, not the ceiling or the floor.”

Mahdi Al-Wazni, another witness, told TV2 the gunman was carrying a “shotgun”, the BBC said.