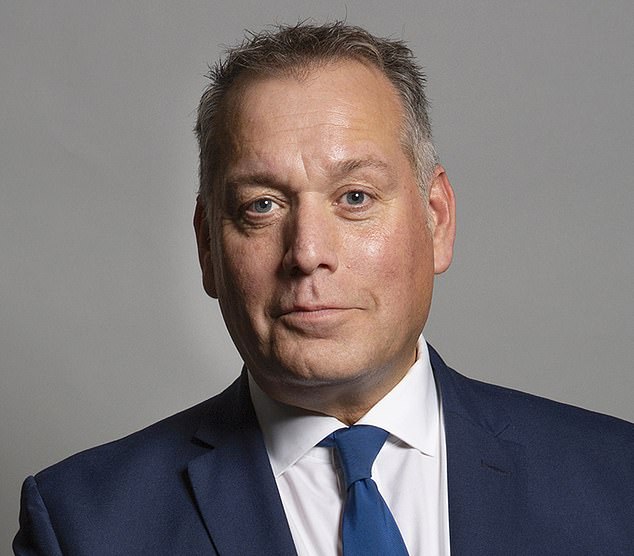 By William Cole For Mail Online

A backbench Conservative MP has had the whip withdrawn pending an investigation into allegations about his behaviour.

David Warburton, the MP for Somerset and Frome, was suspended from the party following a series of allegations being made to the new parliamentary harassment watchdog.

The Independent Complaints and Grievance Scheme – a service that looks into misconduct by people in Parliament – has received a report claiming the politician behaved inappropriately.

David Warburton, the MP for Somerset and Frome, was suspended from the party following a series of allegations being made to the new parliamentary harassment watchdog

When approached by The Telegraph earlier today, he insisted he would launch a robust defense and denied any wrongdoing.

‘I have enormous amounts of defence, but unfortunately the way that things work means that doesn’t come out first,’ he told the paper.

‘I have heard nothing whatsoever from the Independent Complaints and Grievance Scheme. I’m sorry, I can’t comment any further.’

A spokesperson for the Whips Office said: ‘David Warburton MP has had the Conservative Party whip removed while the investigation is ongoing.’

The former music teacher, who trained at the Royal College of Music, launched in 1999 a business providing downloadable music content to mobile phones.

The company, Pitch Entertainment Group, was a success and expanded its operations worldwide, and was named as one of the fastest growing technology companies of 2007 by the Sunday Times.