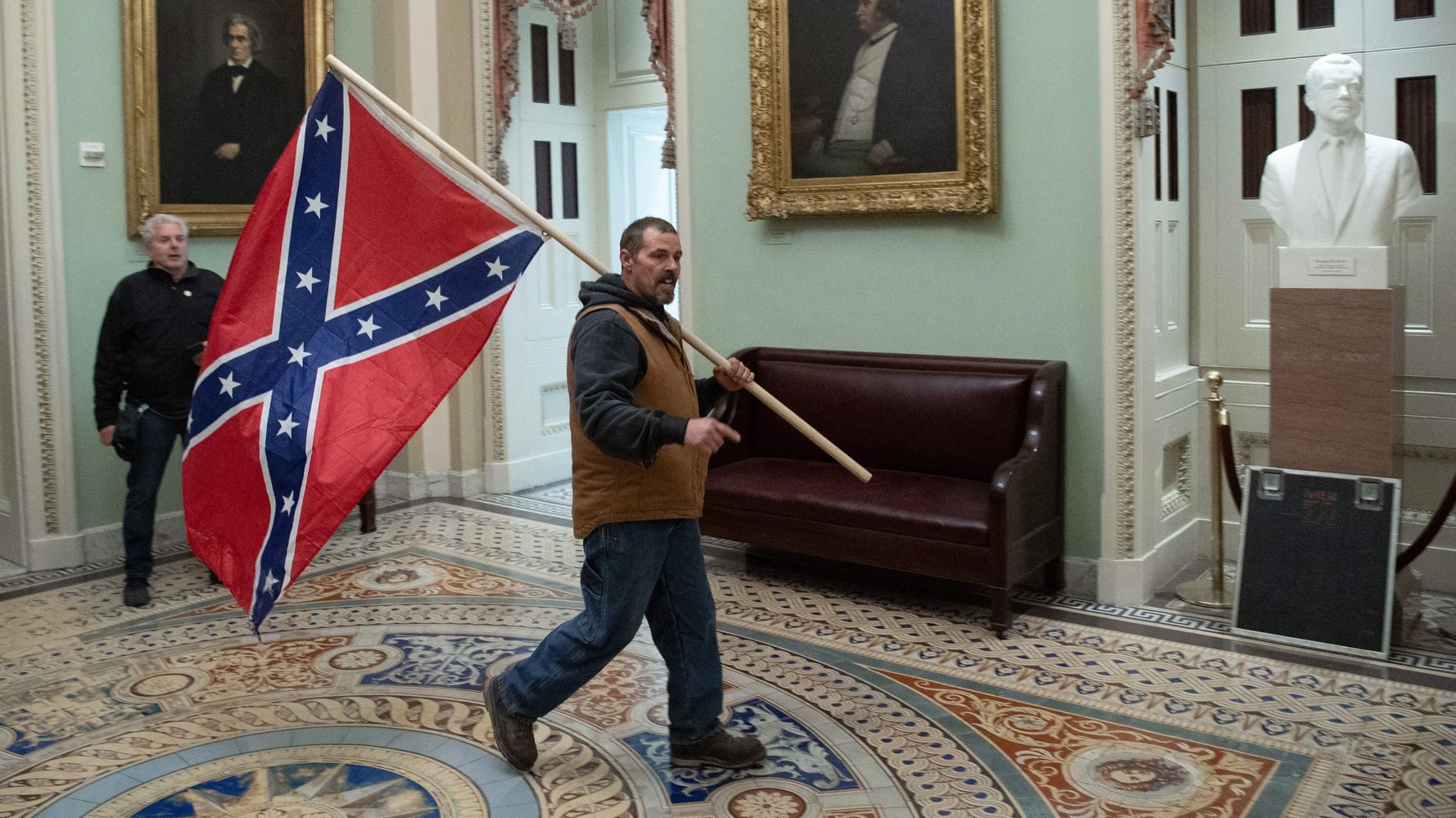 A man who carried a Confederate flag during the storming of the Capitol on January 6, 2021 has been found guilty of obstruction.

Seefried was later spotted carrying the flag while he and Hunter were “part of a larger group” of people chasing U.S. Capitol police officer Eugene Goodman and “verbally confronting other officers,” the U.S. law firm said in a statement.

Judge Trevor McFadden also noted evidence that Seefried used his flag to go after Goodman, CBS News reported. Goodman was later honored for his attempt to lead rioters away from the Senate Chamber.

Seefried and Hunter were found guilty of obstruction of justice and four felonies, including disorderly conduct at the Capitol. Seefried’s sentencing is scheduled for September 16.

Hunter, who was cleared of some charges over unclear evidence of damaging a window, will be sentenced Sept. 23, CBS News reported.