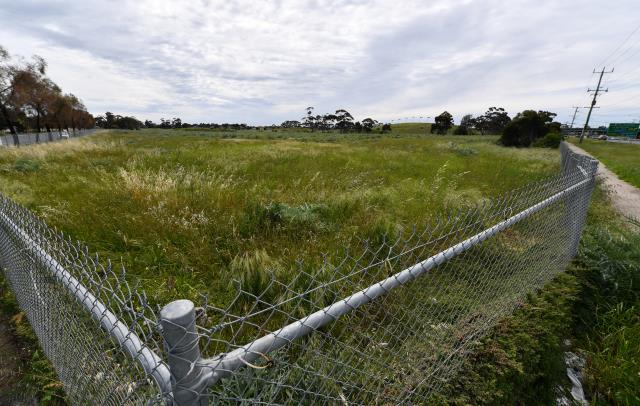 The Brimbank council has identified a number of issues with a proposed redevelopment of the former Albion Explosives Factory site in Cairnlea, including the decision to give Planning Minister Richard Wynne authority over the project.

Development Victoria has filed a zoning amendment for the 41-acre site at 147a Cairnlea Drive and 26s Glenbrook Avenue, Cairnlea.

It proposes to transform the site into a residential, retail, commercial and community area, comprising 840 homes, 25 percent of which are affordable housing.

Mr Wynne has been granted planning authority over the site at the request of Development Victoria, removing the council as the responsible authority.

Commenting on the proposed change, the council urged Mr. Wynne to let it retain its planning powers over the project, amid concerns that a range of issues that could burden the council and the community in the future, could not be properly addressed if Mr. Wynne was responsible for the change.

Concerns were also raised about the density of the proposed development, the lack of trees on the site, insufficient public transport, ongoing pollution management of the site, the fact that some community facilities proposed for the site are not fully were funded and that infrastructure, such as open spaces and roads, was not proposed to be built to the standards of the municipality.

A number of residents have also expressed concerns about the development regarding the size of the blocks, the lack of trees and the amount of social housing proposed for the site. They are also concerned about the pollution of the land.

Cr Victoria Borg said that while the development had “great potential”, the current proposal was “a recipe for disaster”.

“Let’s face it, this is over-development,” she said.

”… It is nothing more than land grab to build high-density housing with questionable social amenities and infrastructure and then support it. It puts enormous pressure on a community that deserves better.”

Mr. Wynne has asked the Government’s Land Standing Advisory Committee to provide independent advice on the appropriateness of the proposed amendment. The committee proposes to hold a public hearing in the week of May 23, during which it will hear from the petitioners, including the council.