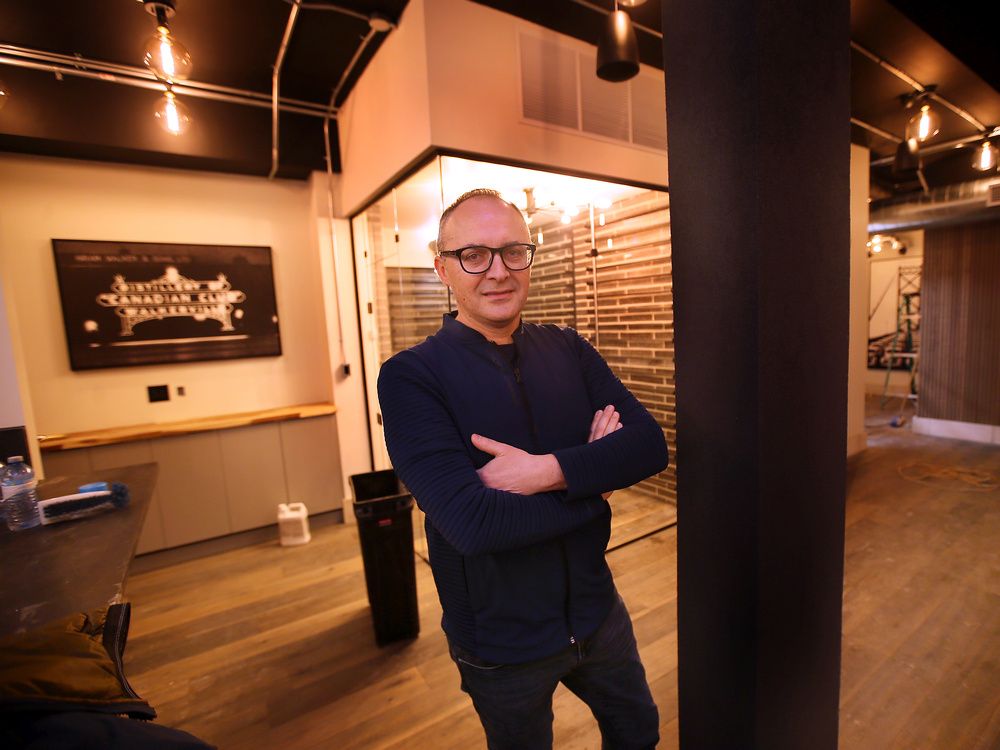 The owners of one of Windsor’s most successful homegrown businesses, Oven 360, hope their latest project will not only breathe new life into a historic building that once housed the Ye Olde Steak House, but also provide a boost for a revival in the city center.

The Chatham Street restaurant, which is scheduled to open in the first week of December, also marks a departure from the chain’s traditional fast-food concept.

The restaurant will be known as Cucina 360 and will offer traditional Italian cuisine in a dine-in setting that can seat up to 95 people.

This is a full restaurant

“We want to bring Windsor town center back to the old days. We try to create a destination.

“We want to create a space that will drag families downtown. I hope we succeed in inspiring other restaurants to try the city center as well.”

“From my first visit in 1993, this area has felt like my second home,” Tortola said.

“The rule I use for choosing new locations is energy. The timing is good to do this in the center now.

“This was also the right place to do this. With the bricks, the steel and the history of the building, it reminded me of Italy.”

As of Tuesday, workers were still busy scrounging around the 58 Chatham St. W. location, also formerly the Pour House pub, putting the finishing touches on an interior that is well wearing its age.

It is a combination of industrial features, modern large windows, wooden floors and exposed brick with a long bar and large wood burning stove open to the public in the back corner. The alley along the building will be closed off to create an outdoor terrace when the weather is nice.

“This place is going to be a different beast than what we’ve had before,” said Tortola, who is bringing in a chef from Italy to run the kitchen.

“This is a full restaurant.”

It’s hard to bet against an Oven 360 ownership group that has expanded a one-store store with 15 employees to 10 locations stretching as far as Burlington with more than 230 employees in just four years. In addition, Oven 360 has a frozen food division serving outlets in counties Essex and Kent.

An 11th location, the first in the US, is also in the legal paperwork stage. Located in suburban Detroit, it will introduce a drive-through concept with a computer-controlled gas/wood oven that can bake a fresh pizza in 150 seconds.

Looking around at the new jewel in the company’s crown, Tortola talks about how close none of this came.

After emigrating from his hometown of Miranda, Italy in 2022, Tortola and his partners began making pizzas in the basement of the Caboto Club with his wife. However, it was a tough slog with no exposure to outside traffic and an audience that seemed indifferent to its Neapolitan pies.

“I was ready to go back to Italy, but I had another one of what I call my stupid-crazy ideas,” Tortola said. “I realized word of mouth was my only hope.

“I bought 2,000 pizza boxes and distributed them in the area where I lived. They were able to bring the box and I gave them a free pizza to try.

“They brought in the boxes and amazingly we were so busy that a month later I had to hire four or five people.”

Ready for a new challenge and having outgrown his Caboto Club space, Tortola was ready to open his own place in 2018.

He personally sources his produce from California and Italy, as well as relying heavily on local produce and Galati cheese.

Tortola said the quality, variety and display of toppings in advance for people to look at, along with being able to see the show of the hand-stretched dough and pies spinning in the fiery ovens, created the Oven 360 brand.

“It’s the symbiosis of fire, water, and flour coming together to make something you can eat,” says Tortola of the passion for pizza he developed as a child, watching the process at his family’s restaurant.

“It was that marriage that fascinated me.”