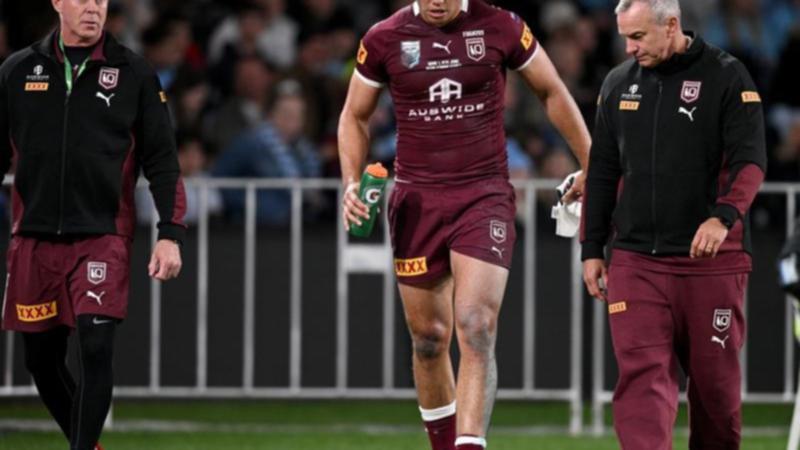 Xavier Coates has limped with an ankle injury in an early home blow for Queensland.

The Melbourne winger rolled his ankle in a tackle from NSW center Kotoni Staggs and tried to run him away, despite being hindered and in apparent pain.

He was taken off the field with 12 minutes to play in the first half of Game 1 at Sydney’s Accor Stadium on Wednesday night.

Backrower Kurt Capewell moved to the centres, where he previously had success for the Maroons, while Valentine Holmes moved from the center to the wing.

The Blues scored first through Jack Wighton before Dane Gagai found an answer thanks to a neat assist from rookie winger Selwyn Cobbo, who was converted by Holmes to make it 6-4 by halftime.