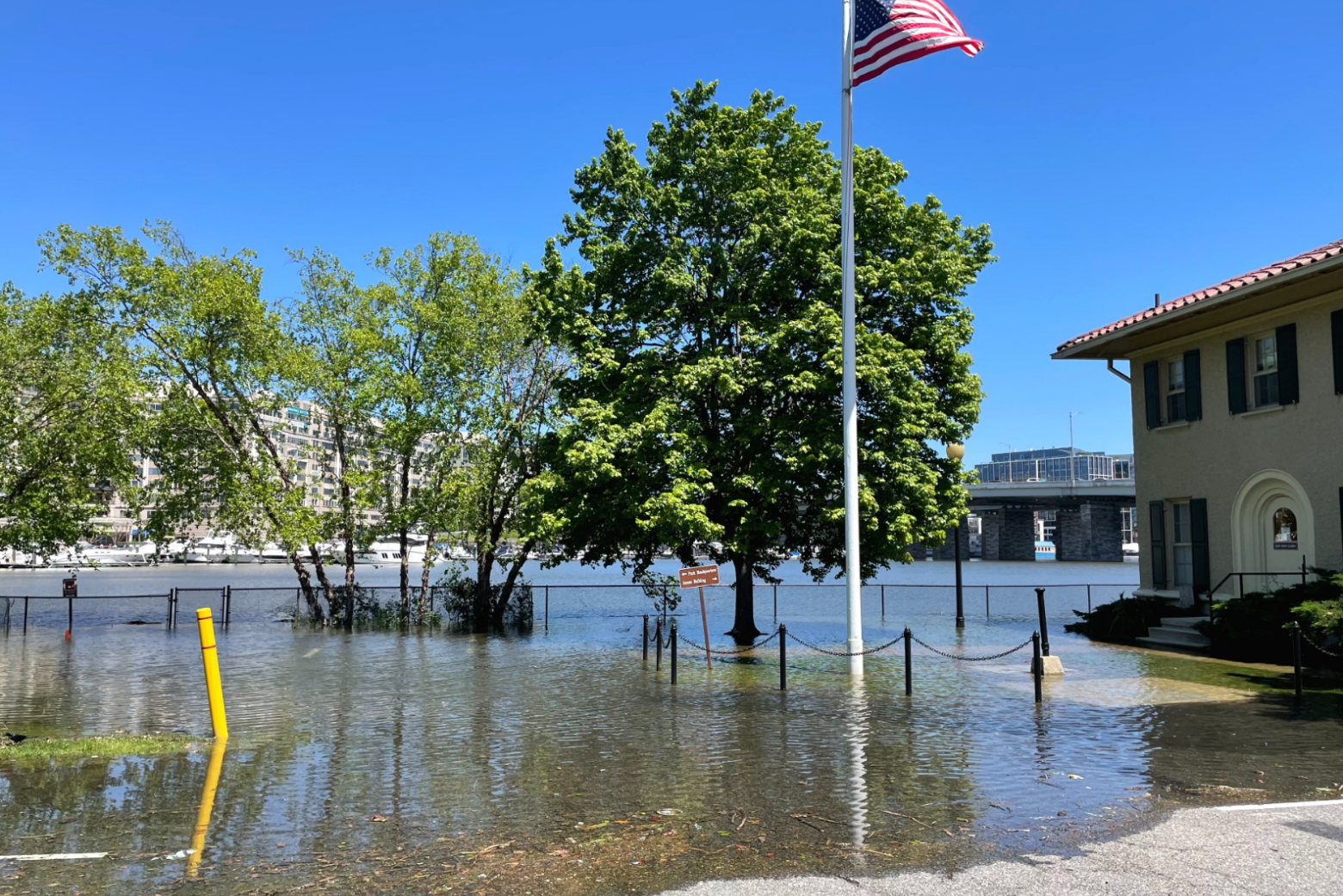 Heavy rainfall over Mother’s Day weekend continues to cause flooding as areas near the district’s southwest waterfront can rise up to three feet above normal.

Heavy rainfall over Mother’s Day weekend continues to cause flooding as areas near the district’s southwest waterfront could rise to three feet above normal Tuesday.

Even with sunny skies, concerns about tidal flooding could last through Thursday.

The flooding is likely to continue as freshwater flows in upstream from the Potomac, the National Weather Service said.

The NWS has issued a coastal flood warning for DC that lasts until 6 a.m. Wednesday. It covers the unprotected area on the Southwest Waterfront at the DC Seafood Market.

The big story remains the coastal flood that is likely to continue until Thurs. Check https://t.co/t54l4F2YTW for the latest news. Every river flood calms down this morning. Expect seasonal temperatures with a dry forecast and plenty of sunshine! #MDwx #VAwx #DCwx #WVwx pic.twitter.com/cY3S71zVAU

On Monday, high waters mixed with flooding temporarily closed the Washington Channel at Ohio Drive along Hains Point. Motorists and pedestrians were asked not to enter the flooded areas.

Due to high tides and flooding from the Washington Channel, Ohio Drive along Hains Point is temporarily closed. Try not to enter flooded areas. pic.twitter.com/YKOo0PpARJ

Also on Monday, in the city of Alexandria, Virginia, some streets were flooded before high tide at 3 p.m. Alexandria police asked people to avoid the area as there were road closures from King and Union Streets to Prince and Union Streets. extended if necessary, Alexandria Police said:†

High tides are not expected until after 3pm, so avoid the area if possible. pic.twitter.com/Kk3piByyA1

Outside the DC area, two construction barges carrying a Caterpillar excavator and other equipment broke loose and drifted down the Potomac River Sunday afternoon, bound for Harpers Ferry, West Virginia.

“The river is wild when the water rises and the river becomes dangerous,” a spokesman for Chesapeake and Ohio Canal National Historical Park told The Associated Press.

Heavy rain on Friday kicked off a damp Mother’s Day weekend, leading to flooding and warnings on Saturday and Sunday.

Tuesday: Sunny skies and pleasant. Highs in the upper 60s to about 70 degrees.

Thursday: Partly to mostly sunny skies to begin with, chance of showers late in the day. Highlights in the mid 70’s.