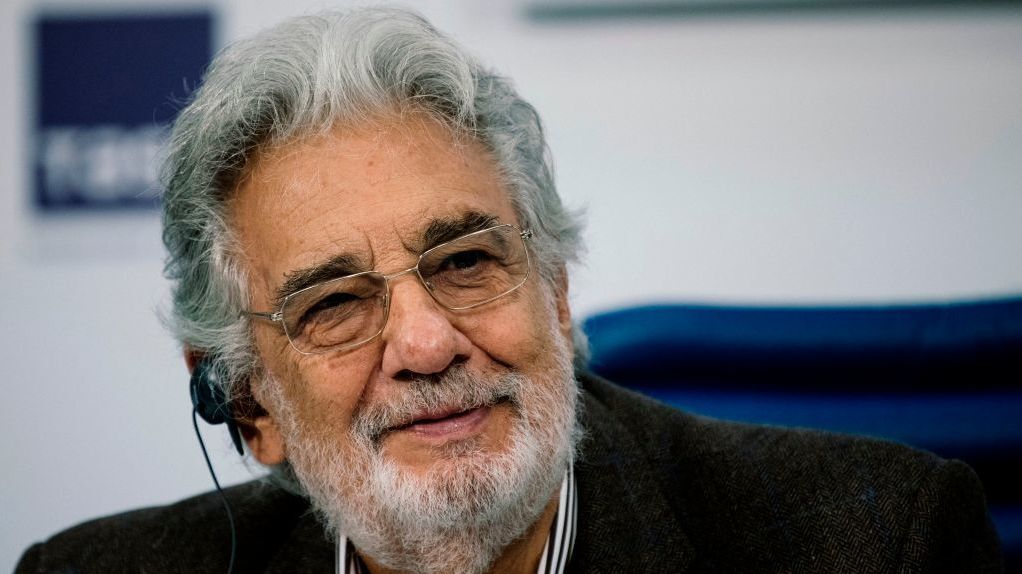 Opera star Plácido Domingo at a press conference in Moscow in October 2019.

Opera star Plácido Domingo at a press conference in Moscow in October 2019.

Classical musicians who have been publicly associated with disgraced opera star Plácido Domingo have been arrested in Argentina or are still wanted by police in connection with an alleged crime gang. The group, which operated as the Buenos Aires Yoga School, was led by 84-year-old Juan Percowicz. The group is accused of sex trafficking, including of minors, as well as extortion and money laundering. No charges have been filed against Domingo.

At least three of the individuals identified by Argentina’s prosecutors as part of the alleged crime ring have performed or collaborated with Domingo since at least 1995, and have also performed professionally with other major classical music artists and ensembles.

An Argentine law enforcement official told the AP in a story published Thursday: “Plácido committed no crime, nor is he part of the organization, but rather was a prostitute.” Prostitution is not a crime in Argentina.

Since Wednesday, NPR has repeatedly asked for comment from Domingo’s representatives, but has received no response. Apart from the Argentine investigation, more than 20 women have publicly reported sexual misconduct against the opera singer since 2019.

One of those arrested in connection with the Buenos Aires crime gang is Susana Mendelievich, who was reported by the Argentine newspaper Clarin has been identified as the woman named “Mendy” in police wiretaps released to the media earlier this week.

Now 75 years old, Mendelievitch is a pianist and composer. A 2000 biography of the composer Astor Piazzolla, published by Oxford University Press, mentions that an Argentine pianist named Susana Mendelievich rehearsed one of Piazzolla’s works in Buenos Aires with the composer and Mstislav Rostropovich, one of the most respected cellists of the 20th century .

Although she seems to have little digital footprint herself, Mendelievich is mentioned extensively on the website of Veronica Loiacono, an Argentina-born, New York-based singer and composer, who also mentions her ties to Domingo. times on her website, including a photo of the two singing together.

On Friday, the Argentine newspaper The newspaper identified Loiacono and a woman named Verónica Ángela “Loia” Iácono as the same person. Iácono, who is believed to live in the US, is still wanted by police in connection with the alleged crime gang.

NPR contacted a phone number attributed to Loaicano’s agent; a listed office number never connected to a machine or to a person, despite several attempts. The person who responded by text said they were not available for comment before publication.

According to Loiacono’s own website, she and Mendelievitch, along with two male Argentine musicians, call themselves a composing “team” that has written an opera, a symphony, and a ballet, among other things. Loicano’s site also mentions that the four have performed with such famous musicians as the late violin virtuoso Yehudi Menuhin and conductors Daniel Barenboim, the late Georg Solti and Zubin Mehta, as well as Domingo.

Mendelievitch and Loiacono’s composing partners are listed as an oboist named Mariano Krauz and the late violinist Rubén González. González, who died in 2018, was concertmaster of the Chicago Symphony Orchestra from 1986 to 1996.

Krauz has a limited online presence outside of Loiacono’s website. However, with his last name spelled “Kraus”, there are mentions of him in at least two mid-1990s reviews of US gigs.

On Friday, the Argentine newspaper The newspaper identified Krauz/Kraus as the stage names of Mariano Krawczyk, one of the men arrested by Argentine police last week as part of the alleged crime ring.

Loiacono, Mendelievitch and Kraus are mentioned in a 1996 review of the Argentine newspaper the nation from a performance they gave with Domingo in Buenos Aires.

Another mention of Kraus relates to a performance he gave in November 1995 as a soloist with the Annapolis Symphony Orchestra conducted by González. In a scornful review, a Baltimore Sun critic called Kraus a performer “banging onstage in a flaming red casual suit…jaws fell around me,” adding, “Someone from quality control slept on this one.” The work he performed was excerpts from a symphony by González called Dionysia and Lone Wolf (Dionysus and the lone wolf). The SunThe critic wrote that the piece was “a wacky quilt of kitschy encounters with big band swing, Viennese waltzes, blues, a rumba, klezmer and above all Mozarts.” A little night music!”

Despite the terrible review from Baltimore a few months earlier, Kraus also performed with the National Symphony Orchestra in July and performed the same symphony that the Washington Post described in a largely unfavorable review as “a sort of oboe-driven Spanish klezmer music.”

A 1995 opera called marked cards, whose music was also written by the four, was based on a book written by the leader of the alleged crime group, Juan Percowicz, and dedicated to Yehudi Menuhin. According to a 1995 article in the nationDomingo praised the work and recorded the opera’s overture in a concert of his own. Within that article, the nation also mentioned that some members of the opera’s collaborative team were involved in the Buenos Aires yoga school.