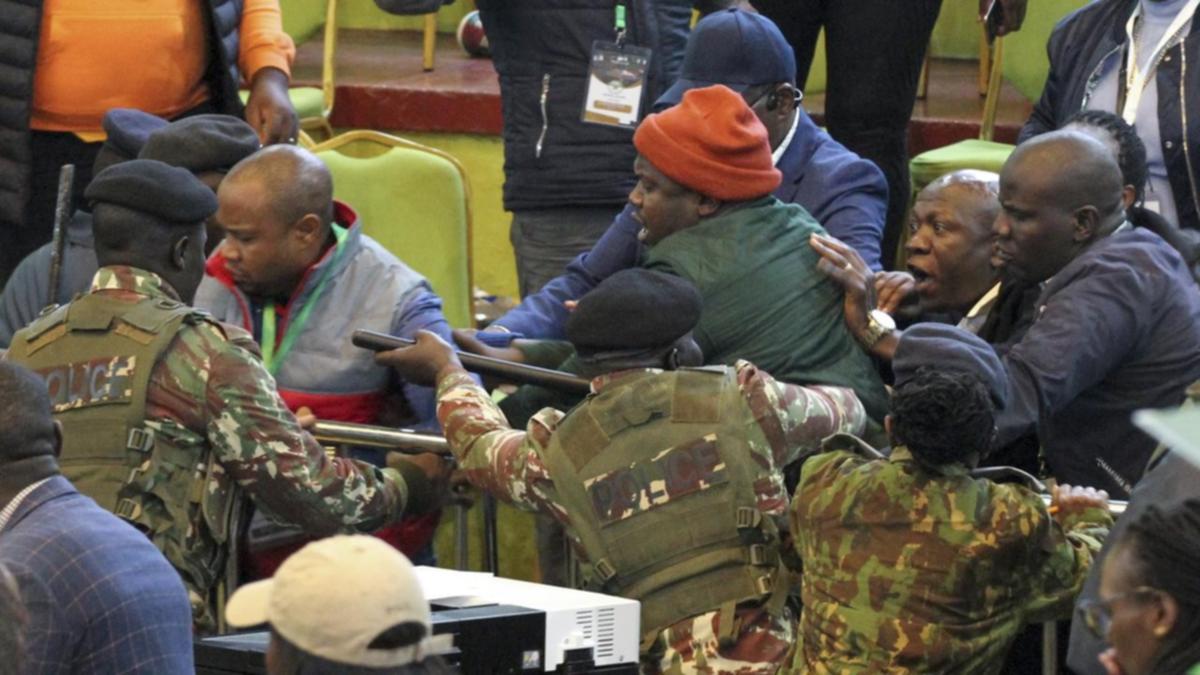 Kenya’s peaceful presidential election was briefly disrupted as riot police responded to clashes at the national counting center amid tensions over the narrow results.

An agent of former opposition leader and candidate Raila Odinga announced from the lectern on Saturday that the counting center was the “scene of a crime” before peace was restored.

The agent, Saitabao Ole Kanchory, offered no evidence in the latest example of the unverified claims both top campaigns have made as Kenya awaits official results.

The electoral commission has seven days from Tuesday’s elections to announce the results.

Chairman Wafula Chebukati again said on Saturday that the process was too slow and the commission told non-essential people looking in the center to leave.

The police remained in the center on Sunday morning.

The race remains tense between Odinga and Vice President William Ruto as the Nairobi Election Commission physically checks over 46,000 results forms that are sent electronically from across the country.

Turnout fell sharply in this election, to 65 percent, as some Kenyans expressed fatigue over seeing long-known political leaders on the ballot and frustration over economic issues, including widespread corruption and rising prices.

Outgoing President Uhuru Kenyatta crossed the ethnic lines that had long marked politics by supporting Odinga. Years ago, the president got into an argument with his deputy Ruto.

Recent elections have been marked by political violence, but observers from civil society, police, religious leaders and others have said it was peaceful.

Speaking to Kenyan President Uhuru Kenyatta on Saturday, US Secretary of State Antony Blinken “encouraged continued peace and patience as the votes from the August 9 elections continue in Kenya,” spokesman Ned Price said.