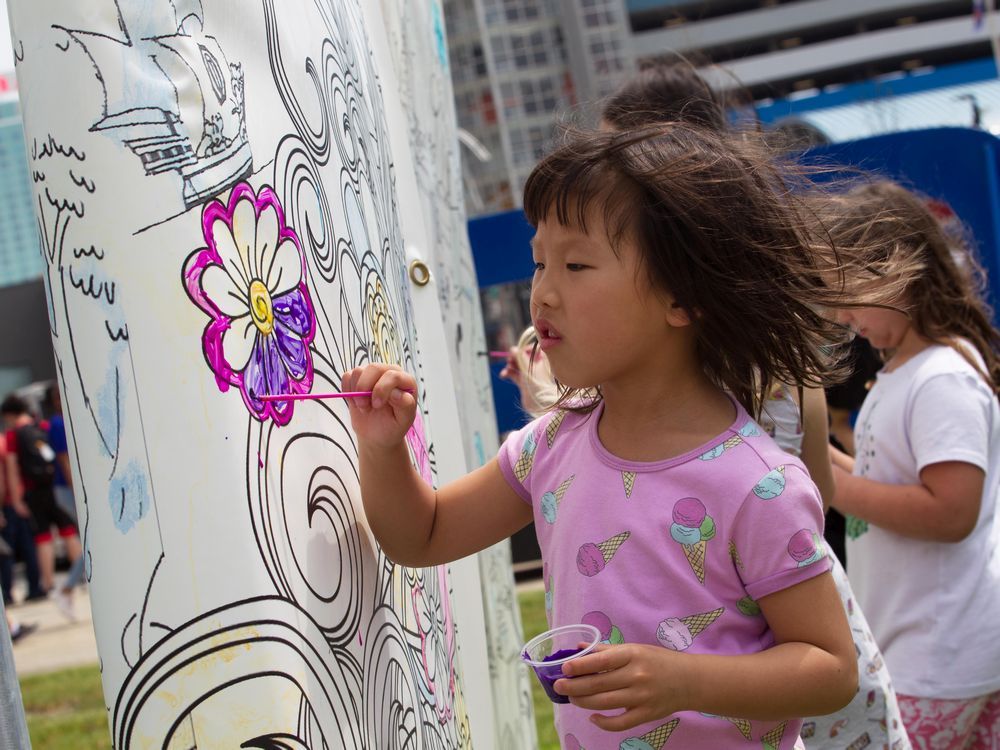 A private celebration of Windsor’s 130th birthday started Saturday morning with a drenched rainstorm but turned into a hot and dry bash downtown.

As the festivities began, ominous dark clouds crept over the Ambassador Bridge toward Assumption Park on the west side, where Windsor Mayor Drew Dilkens led several dozen people on the annual riverside Mayor’s Walk. Lightning flashed into the brisk walk for a few minutes, and rain sent the group off course to take shelter under a well-placed gazebo a few yards from the paved trail.

Rather than trek more than two kilometers through the storm to the Dieppe Gardens and Great Canadian Flag as planned, the group drove to the Windsor International Aquatic and Training Center, where food and activities were prepared. There, more than 100 residents joined the mayor to commemorate the anniversary of Windsor’s founding as a city.

“What a city we have become,” Dilkens told the indoor audience. “Today we are in such a great place. As a community, we celebrate all the good things, all the positive things we have to share.”

With “record investments” in the city’s economy (including a $5 billion electric vehicle battery factory announced in March), in healthcare (the mega-hospital project timeline was announced earlier this month), and in infrastructure, parks, recreation, and culture, “these are really exciting days for our city,” he said.

In addition, Windsor’s population is growing, “something we haven’t seen in decades — along with so many great opportunities for our community.”

Before heading out for hot dogs and cupcakes, the crowd joined Great Canadian Flag project member Mary Baruth to recognize the flag’s fifth year in action.

“The flag is now almost as old as the process it took to get it there. It took us six years,” Baruth said. “It has become a beacon of hope, of change, of triumph.”

Like the journey to raise the flag, she said, residents have “endured many ups and downs, but we endured, we endured and we can be so proud that we are still here today, stronger and more determined than ever. “

On the lawn adjacent to the aquatic center and the Art Windsor-Essex building, families played miniature golf, painted a mural, hosted balloon animals, and participated in other activities while being entertained by stage performances and eating treats.