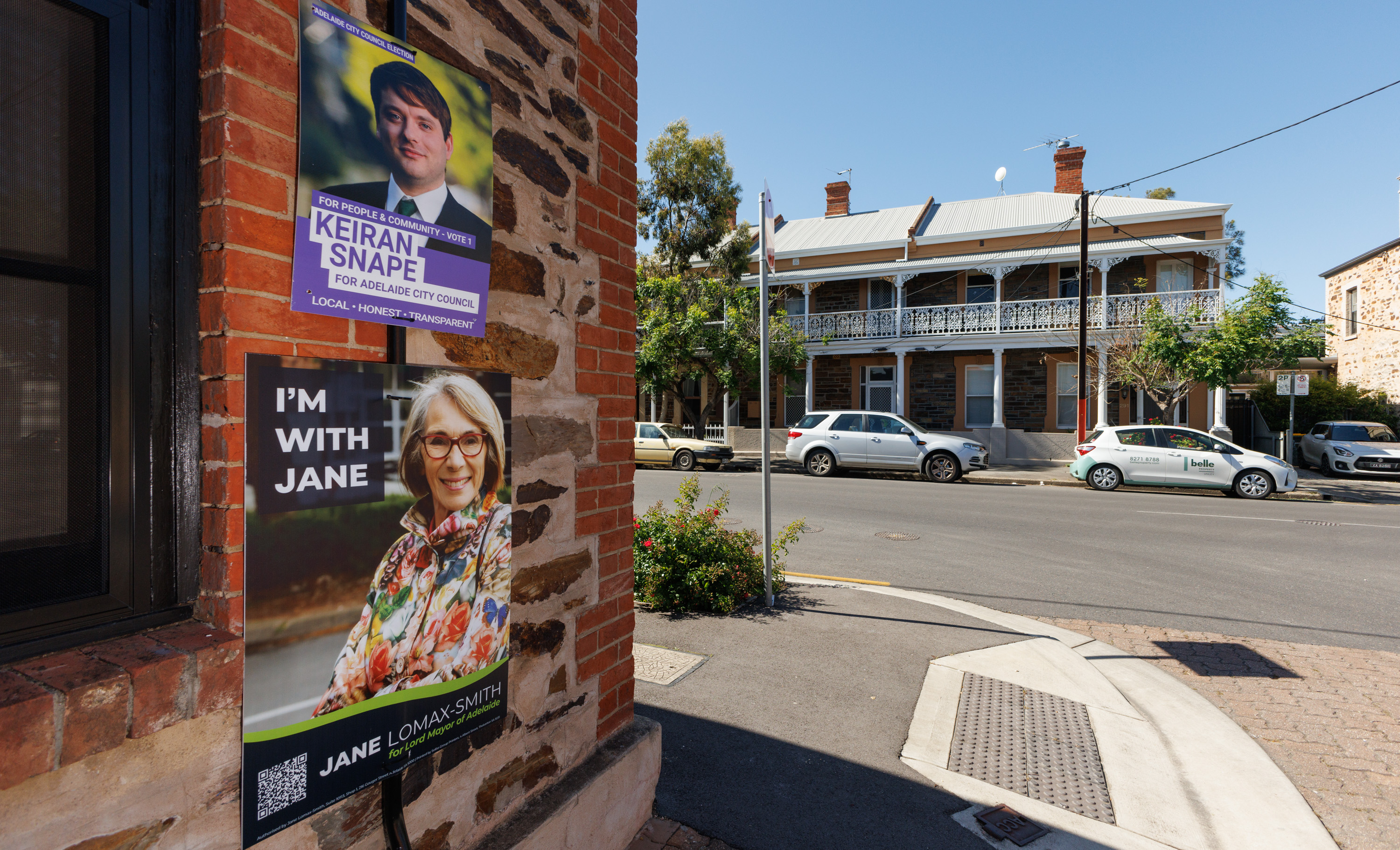 A group of city council candidates has written to Mick Sherry, SA’s election commissioner, asking them to report publicly on the findings of his investigation into possible fraudulent voting activity on or before this Saturday’s audit and tally.

In their letter addressed to Sherry last week and seen by inDaily, the candidates called for the report to be “thorough, timely and transparent”.

“Without public confidence that the outcome of our electoral process is free from electoral misconduct/fraud, participation in local elections risks being significantly eroded and trust in elected councilors and mayor will be irreparably damaged,” they wrote.

It follows reports of an alleged voter scam targeting international students in the CBD.

Sherry met with police last Wednesday to determine whether police assistance was needed to investigate a ballot complaint in the city council.

They also asked for candidates involved in “election misconduct” to be named and removed from Saturday’s tally.

“If voters believe that fraudulent voting activity is taking place without the ECSA being properly addressed, voter participation in municipal elections is likely to decline further in future elections and the outcome of this and future elections will be irreparably affected,” they wrote.

Lord Mayoral candidate Jane Lomax-Smith has also written Sherry, calling for “more detailed examination and authentication” of votes – particularly those of voters in the Central District.

The former mayor and minister of Rann’s government said she believed some voters may have fallen victim to possible “illegal practices”, following reports of an alleged voter scam targeting international students in the CBD.

Lomax-Smith wondered if there had been “possible intervention,” which may have prevented voting packets from reaching some residents and merchants.

“I believe that unfortunately international students are not the only enrolled voters in the City of Adelaide who appear to be victims of possible illegal activity,” she wrote.

“A number of voters, some in neighboring properties, have personally complained to me that they have not received voting packets.

“Having recently visited Chinatown stores in the central district with a translator, I believe many voters have not received their parcels or are unaware that they are eligible to vote.”

She also asked the Electoral Commission to keep the ballot papers with the ballots for “potential in-court tenders of disputed declarations”.

“These will also be needed as part of the chain of evidence for the SA police investigation to be continued,” she wrote.

Lomax-Smith said: InDaily that its proposed measures would help the Electoral Commission determine whether a voter had cast multiple votes.

“If there really are multiple vote packs with the same signature, that’s not in the legal voting scheme and it’s not acceptable because it has to be a different person for each vote,” she said.

“If the election officials are having trouble identifying the signatures and the matter is not resolved…I think it would be helpful for the election commissioner to visually examine the votes from maybe the same house, or the same building, or the same block. of shops or the same student housing.

Lomax-Smith also asked the election commissioner to quarantine votes from the Earl’s central ward from other wards.

In her letter, she wrote: “It seems that most of the alleged illegal practices relate to student housing and businesses in this area”.

But Lomax-Smith said: InDaily that she did not mean that all votes from the central divisions would be quarantined, but only those cast by voters in buildings suspected of being the target of possible electoral fraud.

“I’m not saying the entire department should be quarantined, just the suspicious areas where there are allegations,” she said.

“Obviously the Electoral Commissioner has a series of sites that have been identified and it’s up to him to find a safe process, but I think maybe he… could decide to pay special attention to those bundles of parcels. “

Sherry declined to comment on the candidate requests, but an ECSA spokesperson confirmed that a complaint about ballots in the city council is under investigation.

The spokesperson said ECSA has not commented on the progress of the ongoing investigations.

“ECSA has processes in place to ensure the integrity of the elections,” they said.

“If there are anomalies, the election commissioner will be able to handle that quite adequately,” he said.

“I’m sure we all have faith in the Election Commissioner to make sure everything is above ground and legal.”

Voting in this year’s local government elections closes on Thursday, ahead of Saturday’s check and tally.

The most recent data from the SA Election Commission shows that so far 2,963 ballots have been returned for the Adelaide City Council central ward, representing 21.3 per cent of eligible voters.

The central ward has the lowest percentage of ballot returns of the three municipal wards to date.

Media diversity is under threat in Australia – nowhere more so than in South Australia. The state needs more than one vote to move it forward and you can help with a donation of any size to InDaily. Your contribution goes directly to helping our journalists discover the facts. Click below to help InDaily continue discovering the facts.