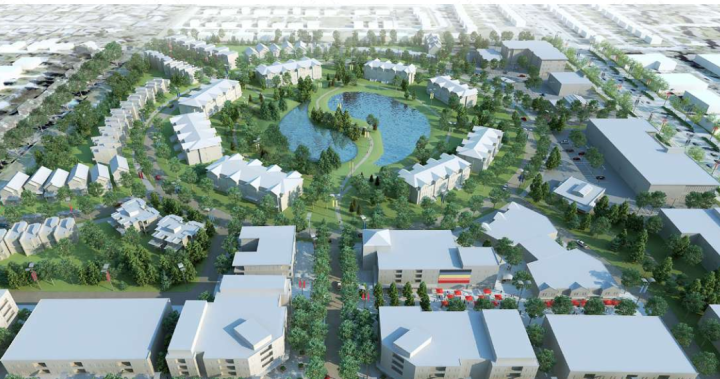 One of the biggest hurdles to developing the largest urban reservation in North America may soon be removed.

The City of Winnipeg and Treaty One Nations have reached a landmark agreement that will operate the Naawi-Oodena site — formerly the Kapyong Barracks.

It means that municipal services will be provided at the location along Kenaston Boulevard.

The deal, known as the Gaawijijigemangit Accord, has yet to be approved by the city council.

The proposed development includes a mix of residential, commercial and cultural space, with enough space for 3,000 families.

“The Gaawijijigemangit Agreement is a symbol of meaningful cooperation between governments and respectful negotiations,” said Treaty One Nation President Chief Gordon BlueSky. “The agreement is a major step forward in extending the leadership of the Treaties of the Nations in Manitoba’s economy.”

Once the agreement is formally approved, the lands will be added to the reserve and the Treaty One Nation hopes to make rapid progress on development plans.