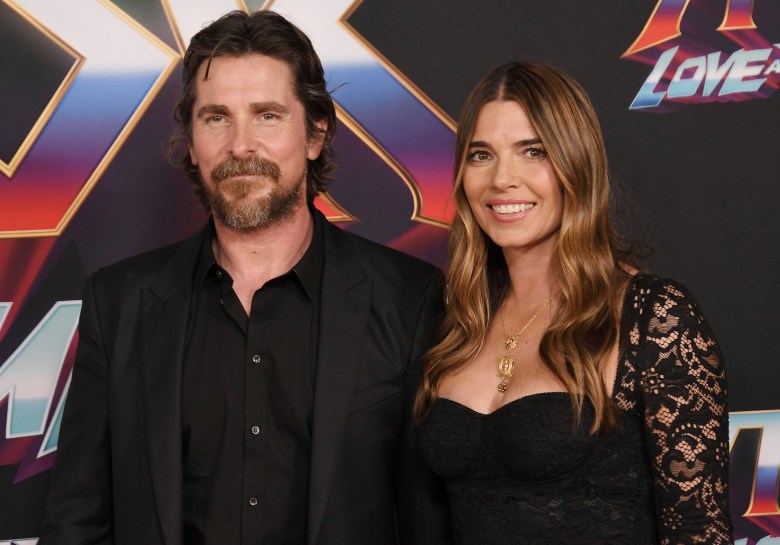 Christian Bale may not have known he was entering the MCU with “Thor: Love and Thunder,” but the Oscar winner was determined to team up with Taika Waititi after seeing “Thor: Ragnarok” and “Jojo Rabbit.” And even Bale’s kids gave him “marching orders” to work with Waititi.

When asked why he signed up for “Love and Thunder,” which hit theaters on July 8, Bale told Screen Rant that he “loved the script” and was immediately drawn to Waititi.

“For me it was Taika. I loved ‘Thor ‘Ragnarok’, as did my family. We all loved ‘Jojo Rabbit’ too, and then I had worked with Natalie [Portman] and wanted to work with Tessa [Thompson] and with Chris [Hemsworth]’ said Bale. “That’s what it really comes down to. I just went, ‘Great!’ Loved the script, loved Taika’s description of the villain. ‘Let’s go do this.’”

He added: “There were some potential scheduling conflicts. I said to my family, ‘I don’t think it’s going to work,’ and they said, ‘No, you make it work. You’re doing this, Dad.’ They gave me my marching orders and I dutifully obeyed.”

“We always sit down and make choices together, but this is one that I didn’t think could happen,” Bale told Entertainment Tonight. “They corrected me on that and they said, ‘No, Dad, you’re making this one.” And I said I could and they said, ‘Yes, absolutely.’ So I said okay.”

Bale, who previously played superhero Batman in Christopher Nolan’s “Dark Knight” trilogy, marks his first time as a supervillain in a Marvel film. Bale told Total movie that he “definitely didn’t hesitate” to take on another comic book adaptation with “Thor: Love and Thunder.”

Bale added that he “made the mistake of Googling the villain Gorr the God Butcher” prior to production.

†[In the comics] he runs around in a G-string all the time. And I thought, ‘They don’t have the right man for that!’ And then Taika quickly dispelled all notions of running around in it,” Bale said. “But I’ve always thought what he could do with this for a blue screen — he could do whatever he wants later.”