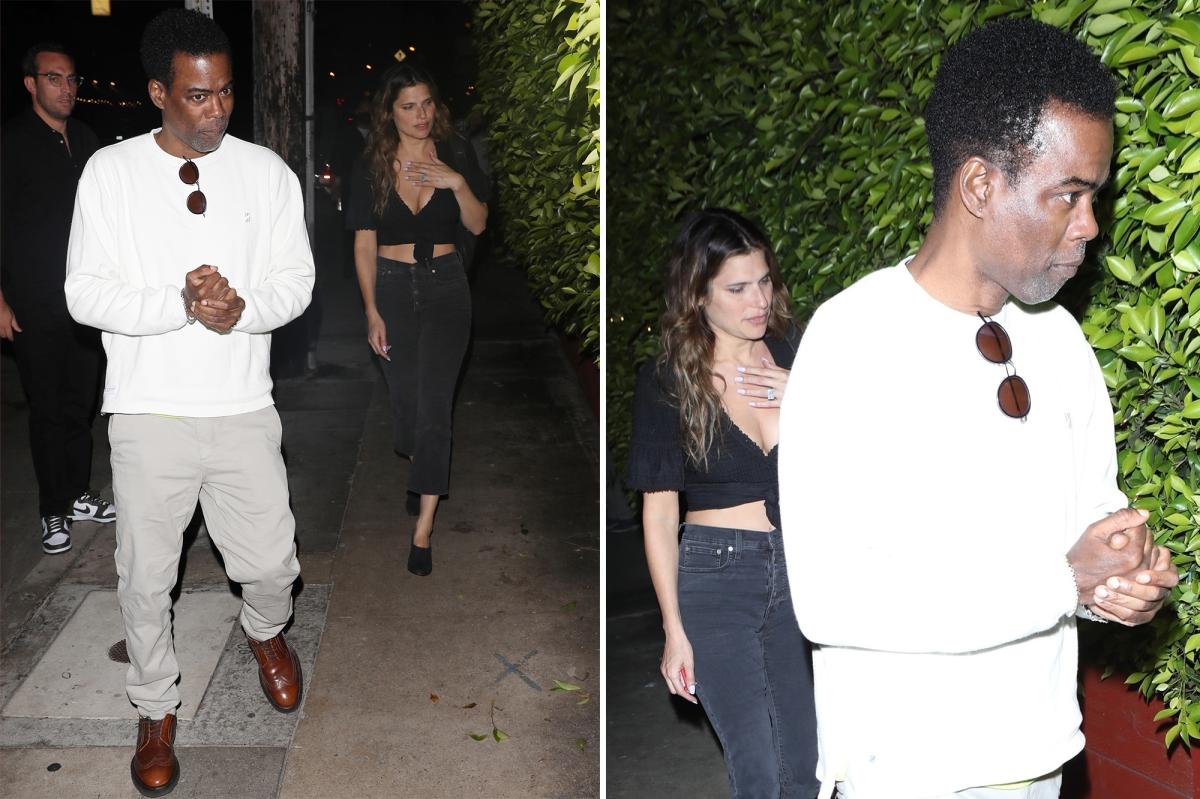 Chris Rock and Lake Bell are adding more fuel to those romance rumors.

The comedian, 57, wore a white sweater with matching white pants, which he accessorized with brown dress shoes and aviator sunglasses tucked into his shirt.

The “Bless This Mess” star completed her chic look with black slingback heels and her dark brown locks styled in loose waves.

We were told the duo arrived around 8:45 PM and dined for nearly two hours. According to an eyewitness, Rock and Bell held hands as they walked out of the posh Italian restaurant, but immediately let go when they saw the photographers.

Rock and Bell representatives did not immediately respond to Page Six’s requests for comment.

Their July 4 outing comes less than a month after the two were spotted together at Busch Stadium in St. Louis for a Cardinals game.

The rumored pair hung out together in a box, as can be seen in footage obtained by TMZ at the time, though they seemed to keep a low profile during the event.

While Rock may be silent about his personal life, the “Grown Ups” actor isn’t shy when it comes to making fun of the infamous 2022 Oscars smackdown.

After Will Smith hit him onstage at the 94th Academy Awards in March, Rock has since joked that words don’t hurt as much as a slap in the face.

“I’m OK, in case anyone was wondering,” Rock said during his “Ego Death” show at the Royal Albert Hall in the UK in May. “I have most of my hearing back.”

Rock noted that he would not discuss the altercation between him and Smith, 53, any further — at least not until he secured a comedy special.

“People expect me to talk about the bulls. I’m not going to talk about it now. I’ll get to it eventually — on Netflix,” he said at the time.

“Anyone who says ‘words hurts’ has never been punched in the face.”