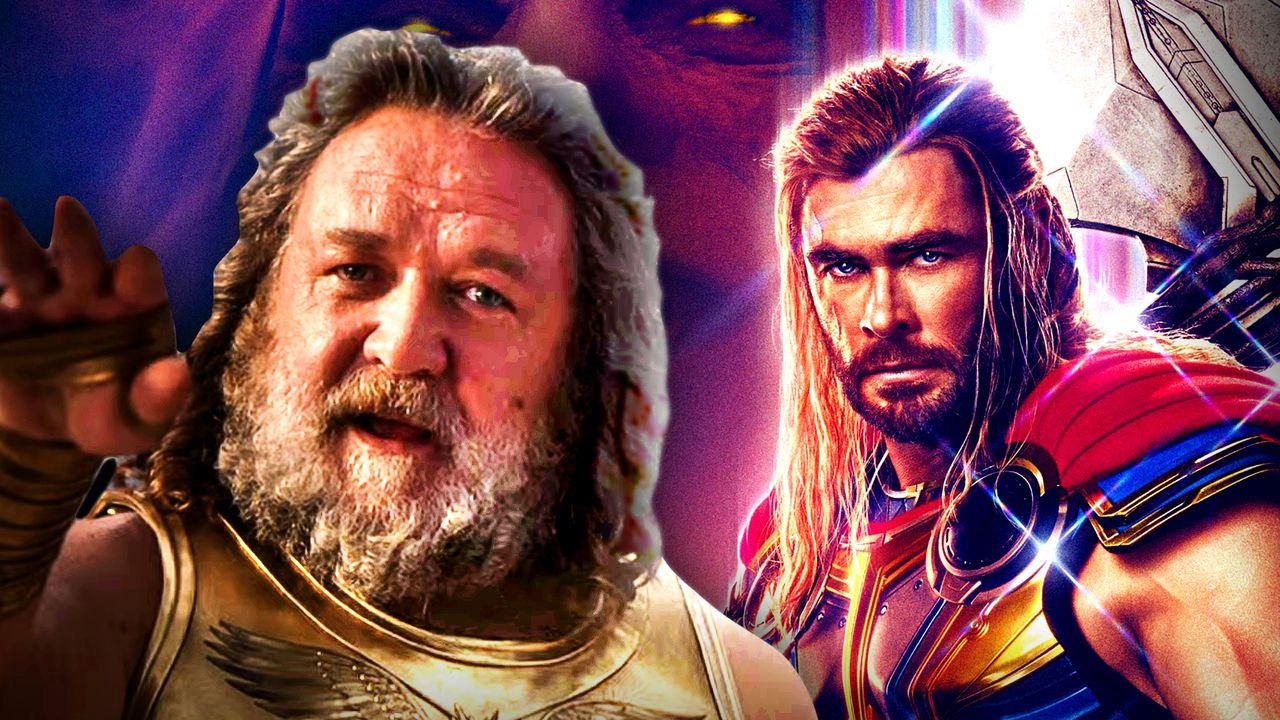 Although it may seem that Doctor Strange in the Multiverse of Madness just out, fans are now just weeks away from their next MCU outing in Thor: Love and Thunder† While the audience is excited to see Odinson’s Jane Foster and Natalie Portman rekindle their relationship, this time as Gods of Thunder, Christian Bale’s Gorr the God Butcher will put a dent in the happy reunion.

The villain will make his debut in the upcoming movie, and his crusade to wipe out all the gods will eventually reach the fandom’s favorite Asgardian. Of course, a God-killing fanatic will have to come face to face with some of these focused higher forces if he is to be successful.

So while Thor is usually one of the few gods in the MCU that the audience follows (sorry Khonshu), love and thunder will bring in several new gods. One of the greatest of them will be Russell Crowe’s Zeus, who will be the first member of the Greek Pantheon to be represented in the world of Marvel.

So what was it like working with the legendary actor for such a unique adventure?

In an interview with Disney, Thor: Love and Thunder star Chris Hemsworth reflected on Russell Crowe’s performance as Zeus in the upcoming film.

The star noted how Crowe “has a great sense of humor and did what (director) Taika (Waititi) early on set” with his performance, which Hemsworth thought was “mind blow” to testify:

“I never thought I’d see the day when Russell would appear on screen hinting at ‘Gladiator’ images, but with a wink – completely self-mockery. He didn’t hold back. I’m such a fan. I’ve already since I first started acting there is such heaviness and seriousness to his performances and to him, as an individual, from afar. But when he met him he has a great sense of humor and did everything Taika early on set, that was ghost and it was a lot of fun playing with the mythology, from norse to greek mythology – Taika brings all these worlds together.”

Natalie Portman, who brings Jane Foster’s God of Thunder to life in the Marvel Studios epic, shared how “it was nice to see [Russell Crowe] Act crazy… [and] to let go:”

“It was so nice to see Russell Crowe play Zeus and have such a great sense of humor with the character. It was nice to see him go crazy. I think we are so used to him in this very strong, heroic roles, so it was nice to see that he could let go.”

Fans always get excited when a new legendary actor joins the Marvel family, and Russell Crowe is no exception. The sad part, however, is that unlike Angelina Jolie’s Thena, Crowe’s time in the MCU is almost certainly coming to an end after just one outing.

When the villain of the whole story is the goal to get rid of all the gods, all newly introduced characters that fall under that parameter can easily choose who to kill. After all, they certainly won’t kill Chris Hemsworth’s titular character right away – Gorr will have to get through some cannon fodder first.

Anyway, at least Russell Crowe seems to have enjoyed the part. If he can impress Chris Hemsworth, he will no doubt entertain the audience. Who knows? He may even live to see another movie.

Hopefully, his appearance will at least clear the way for Marvel’s Hercules to make its on-screen debut.

Thor: Love and Thunder opens in theaters on July 8.