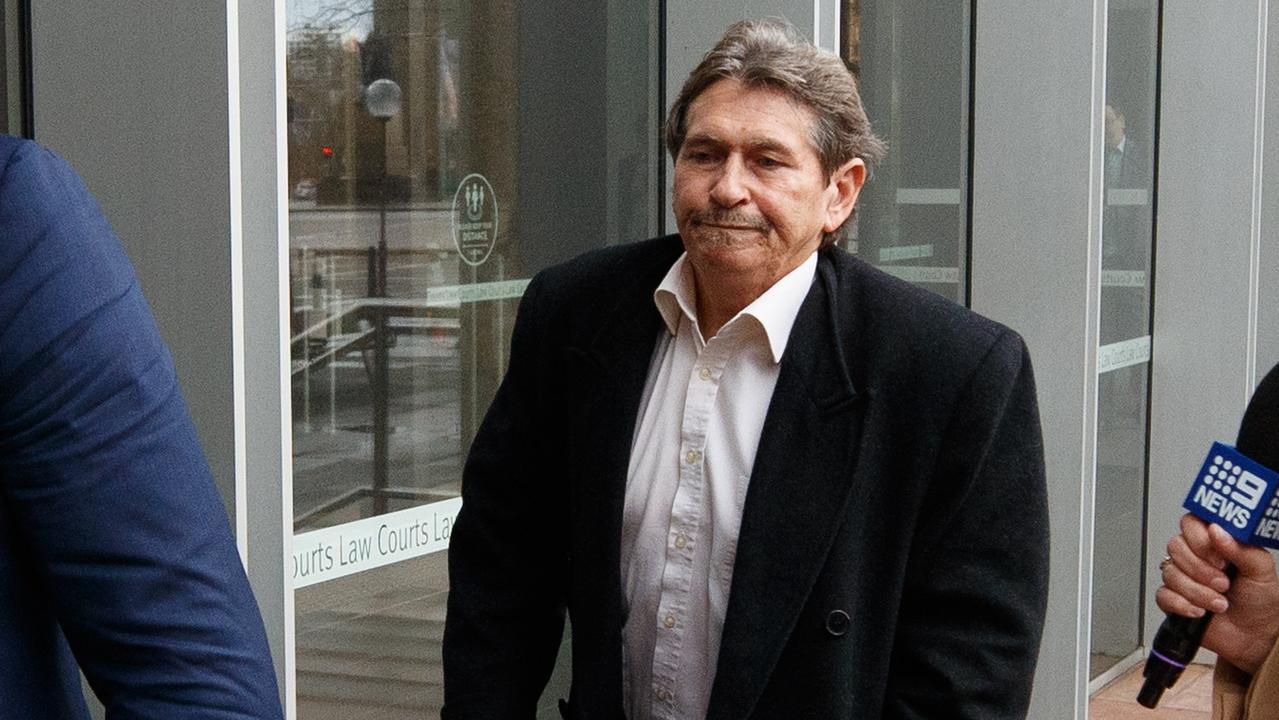 A witness has told Chris Dawson’s murder case that he met the ex-teacher’s wife at a hotel and she made a surprising confession.

A star defense witness has claimed that he met Lynette Dawson at a NSW hotel shortly after she disappeared, in which she confided her plan to flee abroad.

A born-again Christian and reformed drug addict told the court he was “200 percent” sure he had met Lynette Dawson in the summer of 1982 and that he was under the impression she was “framing her husband.”

The Chris Dawson murder trial has come to a close after his defense called just one witness, Gold Coast man Paul Cooper, who said he would “never forget” his encounter with the woman he later identified as Ms. Dawson.

Dawson pleaded not guilty to the murder of his wife Lynette, who disappeared from their Bayview home on Sydney’s Northern Beaches in January 1982.

Mr Dawson’s defense has argued that she fled their marital home of her own accord and contacted him several times by telephone after she left.

Dawson, a former teacher and professional rugby league player, declined to testify with Mr Cooper, the only witnesses called by solicitor Pauline David.

Cooper, 60, vigorously defended the veracity of his testimony, saying that he witnessed his father murder his mother as a young child, and that he would not have testified if he believed Dawson was a murderer.

He said he had a chance meeting with Mrs Dawson in early 1982 at a pub in Warners Bay, in the Lake Macquarie area.

He said he looked the woman in the eye as he walked into the bar and noticed she looked out of place as the hotel was a ‘tradie’s bar’.

Mr Cooper claimed that the woman told him she had fled her home because her husband had been unfaithful, that he was “checking” and that she was leaving to start another life.

The court heard that shortly after Mrs. Dawson disappeared, a then-teenage babysitter and former college student, who can only be known as JC, moved in with Mr. Dawson before they eventually got married.

JC told the court that she had sex with Mr. Dawson while living at the Dawson family’s home in 1981 as a live-in babysitter.

While Mr. Cooper noted that he couldn’t remember asking the woman her name, he said he talked to her for about an hour and that the encounter left a lasting impression.

“She had money because she sold something and she had been planning it for a few weeks,” Cooper told the NSW Supreme Court on Monday.

“She didn’t quite get it right. She was waiting for a passport from someone who would meet her in a few weeks, she had to wait two weeks to get a passport… She would go to Bali and then go to another country overseas.’

He said he was trying to convince her not to abandon her young children because they had grown up without his own parents.

He also told her that by leaving people would assume her husband killed her.

But Mr. Cooper said he felt the woman “put her husband in there.”

“I told her they’ll think he hit you,” Mr. Cooper said.

“And I got the impression that this was the whole process, leaving everything behind. I was amazed.”

He said he had never had contact with Mr Dawson but had seen an image of Mrs Dawson on A Current Affair in 2018.

He said he did not go to the police because he doubted they would believe him and instead contacted Mr Dawson’s lawyer Greg Walsh.

“It was an unforgettable afternoon, it overwhelmed me. I’ve never been able to forget it,” said Mr. Cooper.

Cross-examined by District Attorney Craig Everson, Mr. Cooper told the court that he had been in prison for robbery, drug offenses, burglary and armed robbery.

“What do you say, Mr. Cooper, of this proposal — that the woman you spoke to in that Warners Bay pub was someone who looked like the woman you saw on TV years later in 2018,” Crown Prosecutor Craig Everson asked.

The court was told that he had been arrested in the 1980s and 1990s for possession of marijuana and heroin.

However, he denied that taking those drugs had affected his memory.

He said he reformed himself after converting to Christianity, through rehabilitation and drug treatment programs, and followed the law for 30 years.

“I’ve been on a lot of drugs over the years,” Cooper said.

“I saw my father kill my mother as a child, which eventually led me to do drugs and crime and all that.

“Eventually I got my life back on track.

“It is impossible that I would be here today, after watching my father murder my mother, if I thought this man (Mr. Dawson) was guilty.

“If I thought this man was guilty, I wouldn’t be sitting here now defending him for the same sort of thing, when I went through that as a nine-year-old boy, too scared to leave the lounge because I thought I’d be shot in the head .

“I’m not here to mess around, I’m here because I believe in what I say. What I say is the truth.”

The process has now entered its final stages, and the crown will begin its closing filings on Monday.

Mr Everson told Justice Harrison it was “inherently unlikely” that Mrs Dawson would have voluntarily left her two daughters and family and would never contact them again.

He argued that Mr. Cooper could not recall any important personal details about the woman at the hotel, including her name, the names of her children, or anything about her husband.

“The fact that he had a seemingly minor drug problem during that period, and it’s been that long, to look at a single photo on the witness stand or the screen of a television program is a significant unreliability.” said Mr. Everson.