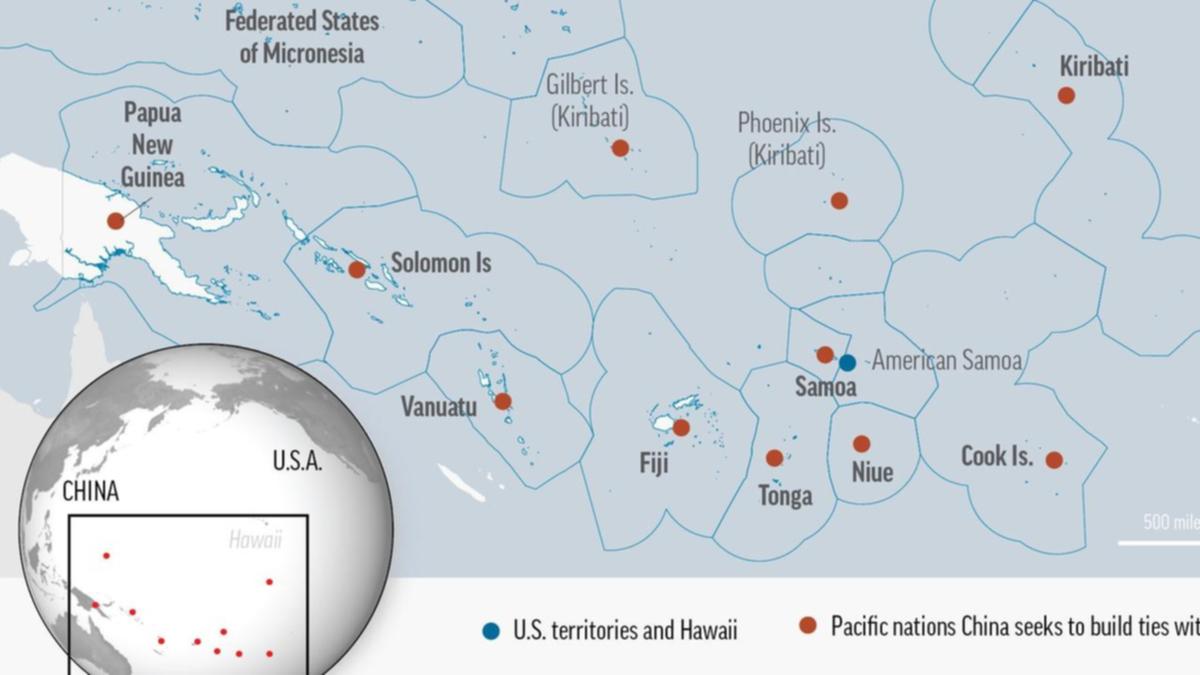 China’s foreign minister has signed a deal with Samoa to strengthen diplomatic relations.

China is building on a security pact it recently signed with the Solomon Islands that has alarmed the US and its allies, such as Australia, over fears of a reinforced military presence by Beijing.

China’s Wang Yi, on a tour of the Pacific seeking an agreement with ten countries on security and trade, ended a visit to Samoa on Saturday, where he met Prime Minister Fiame Naomi Mataafa and signed documents including an “economic and technical cooperation agreement.” Samoa said in a statement.

“Samoa and the People’s Republic of China will continue to seek greater cooperation to fulfill common interests and commitments,” it said.

Wang is heading to Fiji, where he is expected to push for a regional deal at a meeting he will host on Monday.