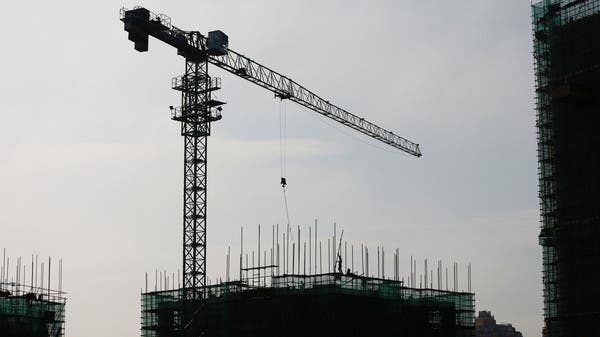 China announced a new stimulus to fund infrastructure projects as part of its drive to boost investment and boost employment in the second half of this year as the economy begins to recover from the effects of Covid lockdowns.

The government will raise 300 billion yuan ($44.8 billion) to finance infrastructure projects by selling financial bonds and other methods, the State Council chaired by Prime Minister Li Keqiang decided on Wednesday, according to a report from the official Xinhua News Agency.

These bonds are usually sold by policy banks. The money will be used to replenish the capital of major projects, such as new types of infrastructure, the statement said on Thursday.

These kinds of financial instruments can help increase effective investment, boost employment and facilitate consumption, and enable China to stick to its stance of “not flooding the economy with stimulus measures or printing too much money.” The meeting concluded, adding that this will help banks achieve a better alignment of their loans and deposits and improve the transmission of monetary policy.

The top economic planner, in collaboration with other agencies and state-owned companies, will prepare a list of projects for the investment.

Infrastructure projects are a key factor in determining how fast the economy can grow in the remaining six months of this year, as other sources of growth, such as housing and private consumption, continue to slow.

President Xi Jinping last month pledged to aim to meet economic targets for the year, although Beijing’s Covid Zero strategy has led analysts to lower their annual growth forecasts to levels well below the official target of about 5, 5 percent.

The new stimulus could theoretically attract up to 1.2 trillion yuan in credit from the banking sector and capital markets, based on the government’s requirement that the money must be at least 20 percent of the total investment, according to economists at Nomura Holdings Inc. ., including Lu Ting.

But its impact could in reality be much smaller and will not be enough to close the 6 trillion yuan financing gap that the government must fill if it is to implement its proactive fiscal policy, they wrote in a note Friday.

Local authorities have been under enormous financial stress this year due to the costs of Covid checks and tax cuts, as well as a slump in land sales that reduced a major source of income.

The new money comes on top of the 800 billion yuan that the three policy banks had to borrow for infrastructure projects in June. That loan quota has already been allocated to the policy banks, the local newspaper the 21st Century Business Herald reported Friday, citing sources it failed to identify.

The main source of funds from the development banks is to issue bonds or loans from the Chinese central bank, although it is unknown where the money comes from to fund these new loans.

The size of the extra bonds is only a fraction of what policy banks normally spend in a year. The banks sold a gross amount of 5.5 trillion yuan of bonds in the interbank market last year, with a monthly average of 460 billion yuan, according to a Bloomberg calculation based on data from Chinabond and Shanghai Clearing House. Between January and May of this year, they issued 2.3 trillion yuan in bonds.

The State Council, China’s cabinet, has also vowed to carry out a series of investment projects aimed at increasing workers’ incomes and boosting their consumption.

These projects will have to spend more than 30 percent of central government funding on paying workers, up from 15 percent previously.

TikTok admits some China-based employees can access US user data