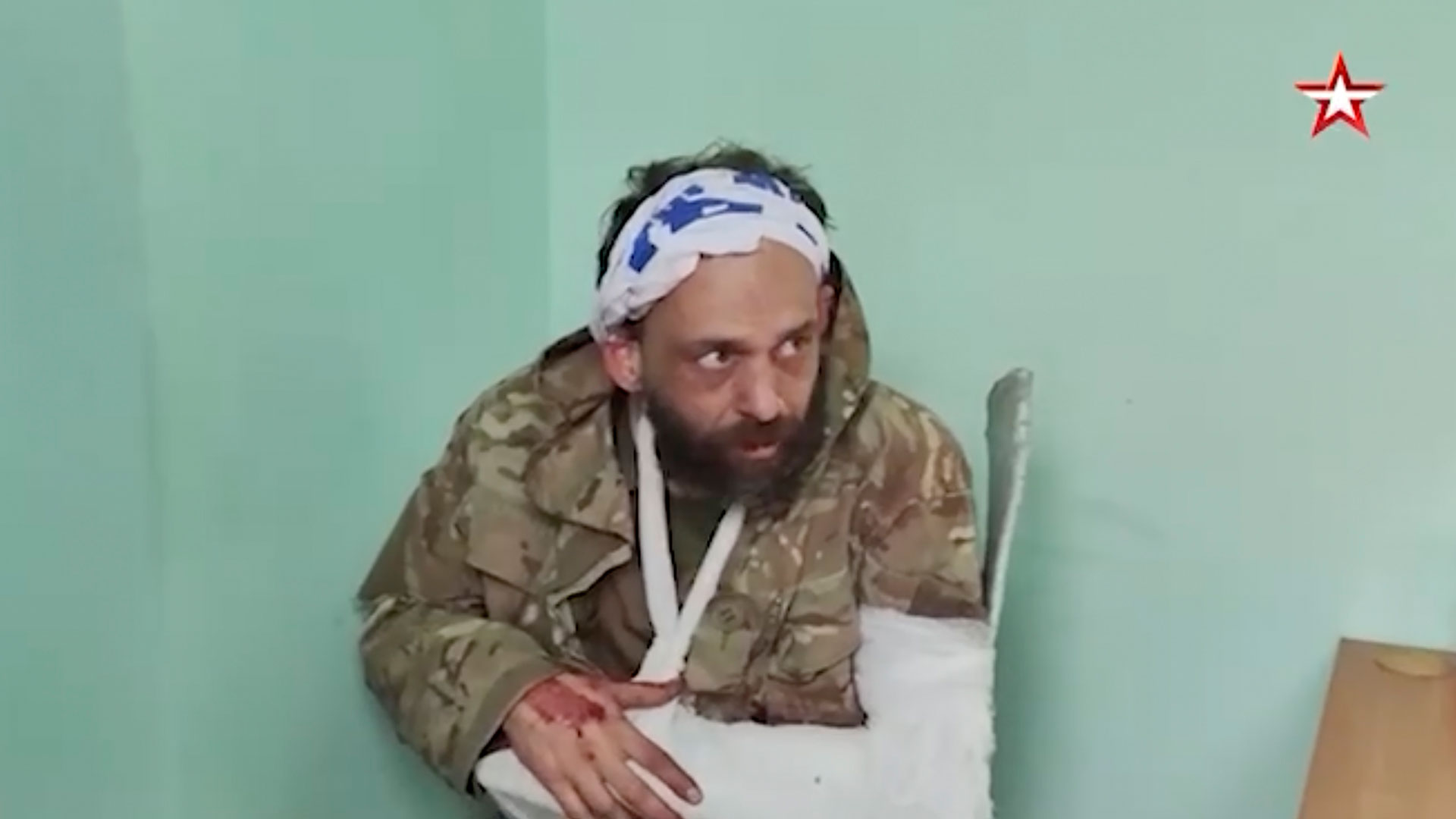 ANOTHER British fighter captured in Ukraine has paraded on Russian TV after apparently sustaining gunshot wounds.

He was named Andrew Hill, a father of four from Plymouth, and appeared to be injured with a head bandage and his left arm in a sling.

He is the third British fighter to be detained – after Shaun Pinner and Aiden Aslin were also paraded by their Russian captors.

And it comes a day after Scott Sibley became the first Briton to die in the conflict.

Hill said he was shot and begged to go to hospital in today’s forced video appearance.

He looked weak and feared for his safety and was subjected to an interrogation on Rossiya 1 state television. 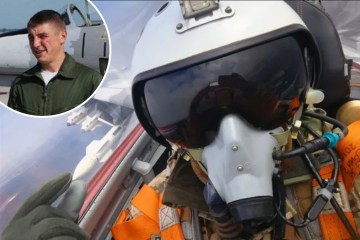 When asked how long he would be held before being allowed back to England, he was told: “I can’t tell you about that, but you can be sure you’re safe.”

The channel said: “Andrew Hill laid down his arms and surrendered to the Russian army in the Mykolaiv region after the group of mercenaries he fought in was defeated and he himself was wounded.”

He was used to trumpeting a Russian message when asked, “What would you say to other Englishmen who decide to go to Ukraine?”

He replied: “They really need to think about it. We are not involved in this.”

In other exchanges, the Briton said he was divorced and that his father died on New Year’s Eve.

“Is there anyone else who can care for you?” asked the TV interrogator

He replied: “My children, I have four children, and I have a partner that I am now dating.”

Hill also explained how he flew to Poland and only crossed the border into Ukraine.

He said he was not paid to fight — contradicting the TV interrogator’s description of him as a mercenary.

Hill then begged, “Am I safe?” and was assured that he will not be harmed.

He said Russian soldiers had provided first aid to the gunshot wound to the arm and asked if he would like to be taken to hospital after the interview.

“Yes, you will be taken care of,” the interrogator said.

Earlier this month, ex-soldier Shaun Pinner, 48, was twice paraded on TV and taunted by Russians who lied that his Ukrainian comrades wanted him dead.

Aiden Aslin, 28, was seen bruised and threatened with the death penalty in a disturbing video that Facebook would eventually remove.

Both men were captured during the siege of Mariupol.

It was reported yesterday that Scott Sibley, a 36-year veteran of the Royal Marines, had been killed while fighting alongside Ukrainian defenders in besieged Mykolaiv.

Friends said he was “the bravest person” they knew and showed commando spirit to the very end.

Meanwhile, two British aid workers are said to have been kidnapped by Russian troops.

Paul Urey and Dylan Healy were on a rescue mission to rescue civilians but were detained and accused of being spies.