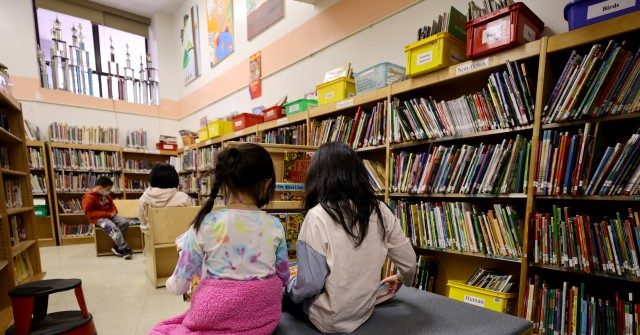 The Association of Children’s Librarians of Northern California (ACL) is hosting two events where sex shop founder and activist Corey Silverberg will discuss “justice-centered sex education” and “how sexuality and gender appear in public space.”

The two sessions are part of a program called “Sex Ed for Librarians,” and the sessions, titled “The Sex Education We Deserve” and “Sex Ed. and Public Libraries,” both feature Silverberg as speakers. The ACL notes that its mission is to “advance the cause of librarianship with children” and to “review and evaluate children’s books and other material produced for young people”.

The description of one of the sessions explains that it will discuss “what was missing in traditional sex education and what justice-centric sex education might look like,” and goes on to say that it will also explore where and how sexuality is. and gender are visible. in public spaces such as libraries.” In one of the talks, Silverberg will be joined by Rakisha Kearns-White, a senior young adult librarian at the Brooklyn Public Library.

Corey Silverberg is the author of several books on sex aimed at children as young as seven. As his website explains, his books “You Know, Sex” and “Sex is a Funny Word” are aimed at children and discuss topics such as “gender identity”, “pornography”, “power”, “fun” and other adult topics. † The book also features “trans, non-binary, and intersex bodies.” The author’s books have been found in high school libraries.

It was previously revealed that Silverberg, who refers to himself as “a sex educator and author and a queer person,” was one of the founders of what has been termed a “beginner sex shop.” The store, based in Toronto, Canada, even hosted what they called an “off-site sex education workshop for parents of children ages 7 to 12,” which focused on “more than reproduction.”

In addition to hosting sex shop founder Corey Silverberg, the ACL will also host Bianca Laureano as a speaker. Laureano is the founder of Ante Up, an organization that aims to further embed left-wing theory in American classrooms.

The website explains that Ante Up’s goal is to “support more people of color in finding a community in the field of sexuality, gender and justice.” The organization offers curricula and professional development training aimed “at supporting colored educators and working-class workers to unlearn the white supremacist abelist heteropatriarchal ways of writing and educating others.”