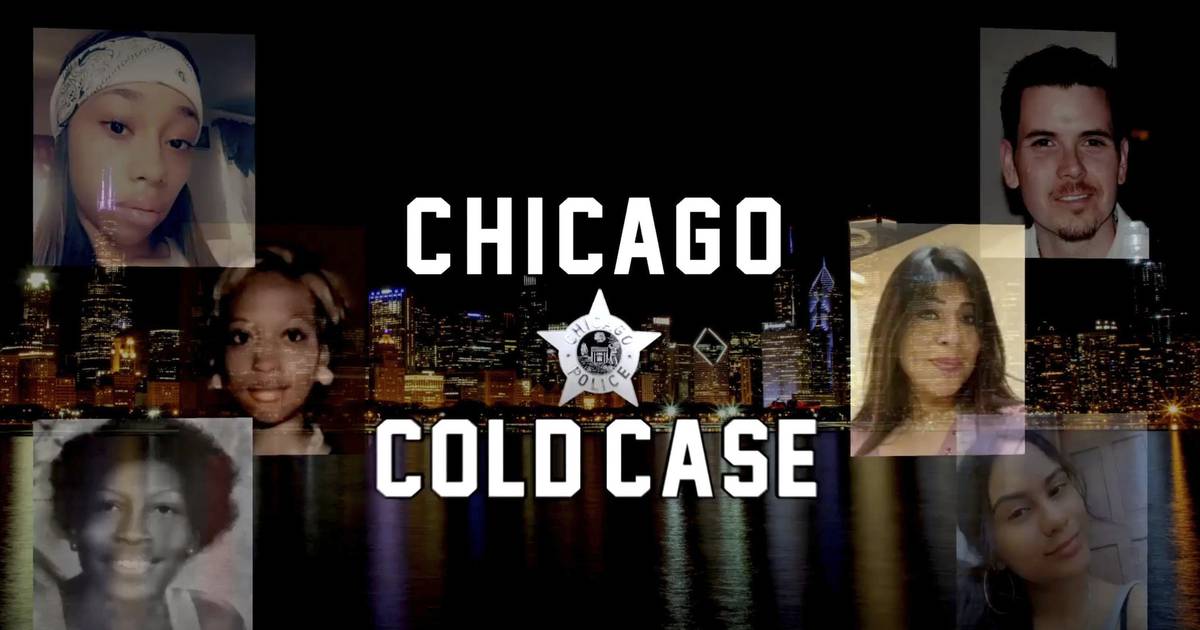 A woman was left dead in a West Side alley with her two youngest children beside her on December 30, 1976. Another mother and her 7-year-old child died on July 2, 1981, after being strangled in their West Side. apartment.

They are two of hundreds of Chicago Police Department cold cases, and the first to appear in a new series the department is launching in an effort to find answers and closure.

Starting Monday, CPD will begin releasing a house-produced series on its social media channel. The first two episodes – featuring the murder of Elizabeth Dunlap and the double murder of Lizzie and Lucretia Lee – are approximately 8 minutes long and contain emotional interviews with the children left behind.

Police Inspector David Brown said the first purpose of the videos is to try and resolve the cases, and the second is to change the perception that police don’t treat all investigations the same based on who the victim is or where they lived.

Brown said the idea for the video series came after he and Mayor Lori Lightfoot discussed clearance rates.

“That sparked cold case discussions about how even the older cases are important to solve,” he said. “But the old cases are also important in addressing the perception that these stories are being told from generation to generation in the community — that the Chicago Police Department doesn’t treat our cases the same as other cases in different communities.”

The series did not have a separate budget because it was all made internally, says police spokeswoman Maggie Huynh. Segments are released once a week and six videos have been completed so far.

Starting the series with two black women who were mothers on the West Side was purposeful to highlight violence against women, Brown said.

In the video about Elizabeth Dunlap, her daughter Tara King Dunlap describes how she remembers being 4 years old in a strange man’s car who offered her mother and her little sister a ride, and her mother told him several times: ” You’re going the wrong way before he stopped and took her mother out of the car.

Tara said she later learned what he’d done to her mother before he got her and her sister out of the car, took their shoes, socks, coat, hat, and gloves, and left them on the snow-covered floor on either side of their motionless mother.

In the video about Lizzie and Lucretia Lee, Osmond Malcom said he was only 2 years old when he remembers his 4-year-old sister, Nicole Lee, telling him to be quiet under the sink in the bathroom where they were placed for the murder of their sister and mother. When they got out of the bathroom, they found their sister Lucretia unconscious, and the police later found their mother in a closet.

When choosing the cases to treat, family approval and participation were important, Brown said. They also worked to showcase a range of demographics of the victims in the cases.

CPD defines a case as cold when detectives run out of leads, Brown said, as opposed to a set time frame.

Deputy Chief of Investigation Rahman Muhammad said each of the five police districts has about six to eight detectives assigned to cold case teams, and each detective has about 10 to 12 cases each. Each area was tasked with providing some briefcases that they thought would be good for the video series. After that, family liaisons approached the families to see who would be interested in participating.

Mohammed said the police had told the families that they still want to continue working on their loved one’s case and that they have not forgotten that, but that their investigation has hit a wall.

“We wanted to jump-start the investigation, and in doing that, we wanted to bring the matter to the fore and get it out into the public sphere, and hope with (the family) participation, which was absolutely hugely important, because if you see these videos, and you see the pain, the suffering and the grief that they still have… it was still like it was yesterday,” Mohammed said.

Brown said the timing of the videos was right as the department is trying to “make major improvements to the Bureau of Detectives, but specifically to its violent crime units.” At its highest point, there were 1,300 detectives at CPD; but in recent years the budget has included 1,100 detectives.

“We want to go back to 1,300 detectives,” he said. “The timing of everything we do is in the context of really trying to improve our detective agency by putting in some best practices that really emphasize getting the case flow per detective low, so this cold case series makes part of a larger effort,” he said.