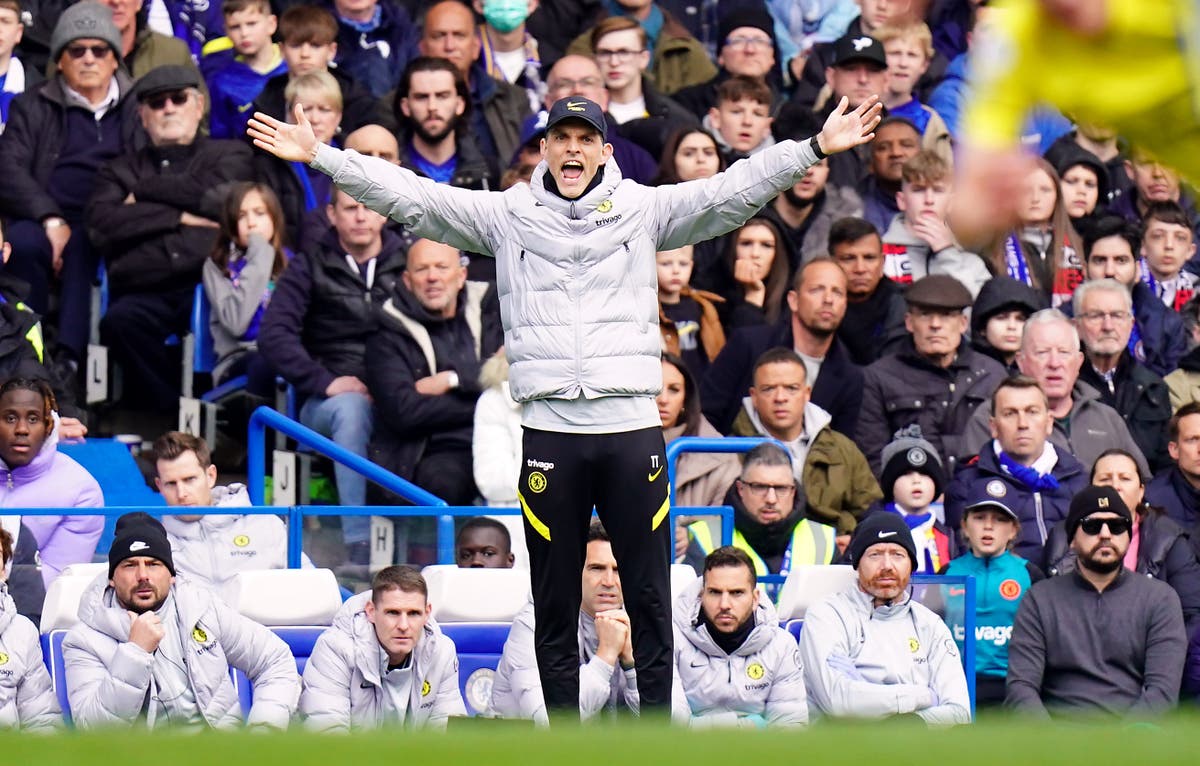 Thomas Tuchel declined to “make a drama” out of Chelsea’s shock defeat by Brentford despite admitting the Blues’ 4-1 Premier League rout came down to a lack of maturity.

Vitaly Janelt bagged a brace, Christian Eriksen claimed his first Bees goal and Yoane Wissa netted at the death as Thomas Frank’s side all but secured their top-flight status.

Toni Rudiger delivered a long-range thunderbolt to power Chelsea into a second-half lead, but the Blues capitulated straight afterwards for their heaviest loss of the campaign.

After six straight wins while shaking off all the takeover talk, Chelsea cracked and lost focus and discipline – leaving boss Tuchel perturbed but not panicking.

He said: “After so many wins and so many good results, I will now refuse to make a drama out of it… why should we?”

“Brentford made a lot of the 10 minutes we gave them.

“After the third goal, we had a disallowed goal, a pressing situation against the goalkeeper, and another big chance from Kai Havertz.

“We missed all three of them and there was a feeling that it wasn’t our day. So it’s a mixture of everything.

“I don’t know why that happened. We gave a big chance straight away after our goal, and then the next one was a goal.

“From there, we did not defend maturely enough. We were not aware of the danger in these moments which is also very strange for us.

“We got punished. They made the most of these 10 minutes which is maybe not normal.

“So it’s a summary of strange events but it’s on us and it’s our fault.

“I would not rely on it being destiny or it happens. We will dig in and try to find out why it was like this.

“There are some reasons which we can put on us and we will analyze and digest it. There’s nothing else.

“It’s hard to take because it’s very unusual for us what happened today – so we will refocus on Monday.”

Bees boss Frank hailed one of the best days of his west London tenure, as Brentford reveled in their hard-fought victory.

“I would say that we timed it perfectly to score at that end four goals in front of our fans,” said Frank.

“That made it even more special.

“In football you work so hard so many hours, every day, month, year. A lot of time maybe you don’t feel you get the rewards.

“But today everything clicked and managed to be part of a team of fantastic players and staff members.

“And winning here at Stamford Bridge against the European champions is huge.

“Normally they defend unbelievably well. But today we managed to create these opportunities and fully deserved the win.”

The playmaker collapsed while playing for Denmark at Euro 2020 but has since returned to action thanks to an Implantable Cardioverter Defibrillator (ICD), and is back to his best.

“Christian is a top player and we’re all just delighted by the ongoing fairy tale,” said Frank.

“We’re so pleased for him, and his ability on the ball, his calmness, you can always give him the ball and he will find a solution.”