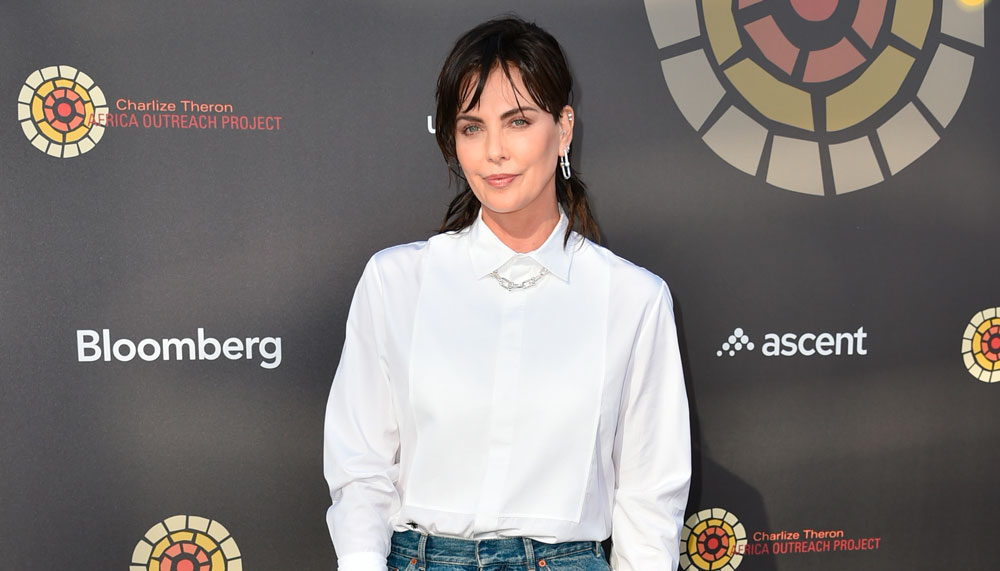 Charlize Theron is a superhero. She’s proven this twice in the past six weeks, debuting her Marvel Cinematic Universe character Clea in “Doctor Strange in the Multiverse of Madness” and making a subversive super cameo in the season 3 premiere of “The Boys.”

But her real superpower was on display Saturday night in the slum of Universal Studios in Los Angeles, where she hosted a block party celebrating the 15th anniversary of the Charlize Theron Africa Outreach Project.

Theron just got off a flight from Rome, where she’s in production for Netflix’s “The Old Guard 2,” as she made the 6,000-mile journey to celebrate the milestone in person. While most people would need an intravenous coffee infusion, Theron was energized by the organization’s mission, which focuses on fighting the HIV epidemic in the actor’s native South Africa.

“The world is constantly changing and you have to be able to exist in a space where you can really keep up with what’s happening in the world,” Theron said. Variety on the red carpet.
“What I’m really most proud of is that we’ve built an organization in a way that it can really serve as people, when there’s an emergency, when there’s a need for COVID help, when it goes beyond the basics of what we really do because in the end we can’t tell our organizations that we’re just waiting for this to be over,” she explained. “I’m really proud of the fact that given all the challenges we’ve seen in the world, we’re still able to serve organizations on the ground.”

The founder greeted her friends and former co-stars, such as Sofia Boutella (“Atomic Blonde”) and Jordana Brewster (the “Fast” franchise, including the upcoming “Fast X”), who showed up to support the organization.

“They’re people who have been with us from our origins,” Theron said. “That speaks volumes about the connection that our story, our story and the organization have. Our foundation really taps into people’s understanding, the real need for what we’re serving, and that’s why they keep showing up and I’m thankful for that. You can’t do this without a community.”

Theron also teased what to expect from the “Old Guard” sequel, which begins filming next week with newly announced cast members Uma Thurman and Henry Golding. In addition to rocking another jet-black mullet for the role, Theron shared plans to ramp up the action for round two.

“I’m excited about our team coming back and that I’ve had all this time to really think about what we want the next story to be,” she shared. “It’s a big question to want everyone involved to take action that raises the bar from what we did last time. It takes time, energy and effort and everyone has brought that up. I want to see the fruits of that labor.”

Before going back to “The Old Guard”, Theron recently finished production of “Fast X”, where she reprises her role as the criminal mastermind Cipher. Theron’s responsibilities took place at the beginning of the production schedule, where she photographed alongside the franchise’s newest villain, played by Jason Momoa.

“It was just really nice to work with Jason. He was so sweet,” Theron said. “And I get to do different things in it, so I’m really excited about that. It’s a different number.”

Recall that Vin Diesel told last year: VarietyMarc Malkin said he’s had writers work on a spin-off for the character, Theron quipped: “Listen, the man has built this incredible franchise so I wouldn’t care what passes him by. But he has to hurry because I need a hip replacement.”

She should also find time in your extremely full dance card. In addition to her upcoming roles in “The Old Guard 2” and “Fast X,” Theron still ranks high on her cameo appearances in “Doctor Strange in the Multiverse of Madness” and “The Boys.” But which of the two pop culture moments came first?

“Seth [Rogen, ‘The Boys’ executive producer] asked me a while ago, and I will lay my body over broken glass for that man and all his partners in Point Gray, I absolutely love them, and we take care of each other,” Theron said of her “Long Shot” co-star . “I like the performance. I think it’s very smart.”

Then Marvel Studios president Kevin Feige called to offer the mid-credits scene cameo — a role hinting at a long future in the MCU — Theron said she had already recorded for “The Boys.”

“I was very transparent and they just said, ‘This is great,'” she recalls. “I mean, [‘The Boys’ is] a satire. I think there is room for everything, and that just means people are interested in these kinds of worlds right now.”

After wrapping the red carpet, Theron switched from interviewee to interviewer and moderated a Q&A with the team behind “Jurassic World Dominion” – Director Colin Trevorrow, stars Bryce Dallas Howard† Jeff Goldblum† DeWanda Wise and Mamoudou Athieand co-screenwriter Emily Carmichael† After the talk, those in attendance, including the chairman of Universal Pictures, were able to Donna Langley“RuPaul’s Drag Race” and “We’re Here” star Eureka O’Hara† Angelique Cabral† Mary McCormack and the CEO of the Recording Academy Harvey Mason Jr† — enjoyed a live set by Wyclef Jeanwho had audiences (including Theron) dance onstage to some of his biggest hits before the end credits rolled at an open-air screening of the blockbuster film.