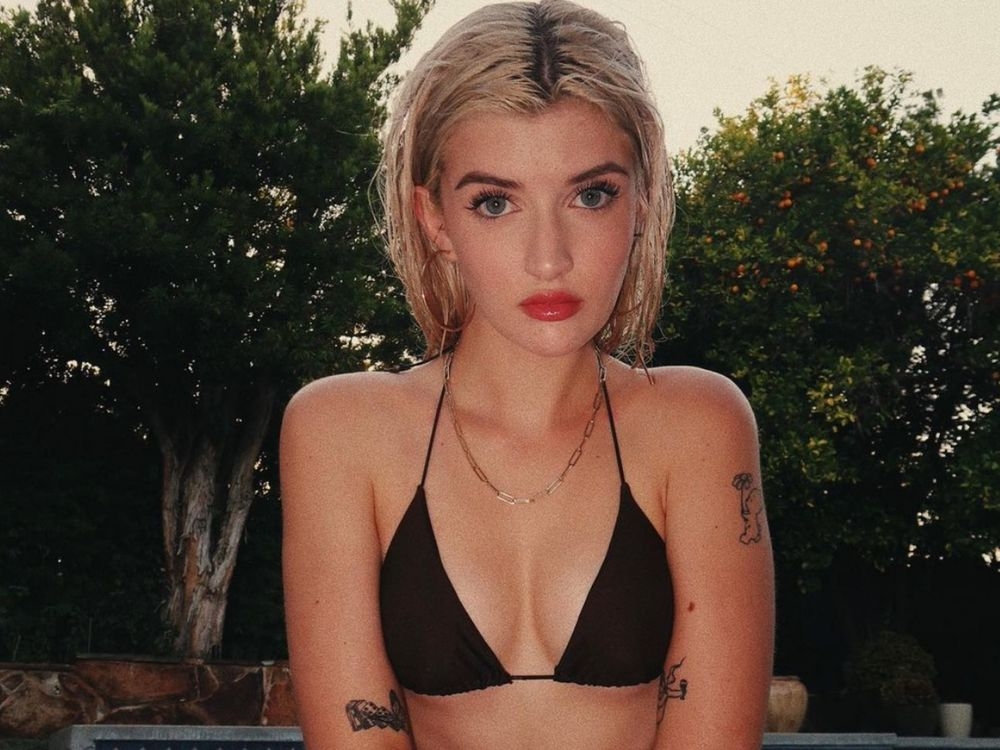 Charlie Sheen’s daughter Sami has broken her silence on her joining OnlyFans.

The 18-year-old posted a new image to the site Wednesday afternoon, two days after announcing that she was starting a subscription service on the raunchy platform, angering her father with her decision.

It showed her posing topless from behind against a sunset in just a black thong, with her caption: “Let’s go skinny dipping.”

She also added a water spray emoji to the snap.

Sami shared her post after saying on Twitter that she was having trouble working out how OnlyFans works.

She said, “Trying to figure out how to mass-message and enable tips for OnlyFans, can anyone help me?

Her fresh image and caption is only the second time she’s posted to the site, and her first shows an image of her lounging on the bed in red lingerie next to the caption, “Your view of me.”

She has promised to post up to three times a week to subscribers, whom she has privately urged to talk to.

Her new post is likely to infuriate her father, 56, even more, who lashed out at her mother Denise Richards, 51, actress, Wild Things – who he divorced in 2006 – by saying it wasn’t happening “under my roof.”

Richards happily offered her support to the teen, saying: “Sami, I will always support you and always be there for you. I love you.”

Sheen had told Us Weekly, “This didn’t happen under my roof. She is now 18 years old and lives with her mother.

“I don’t condone this, but since I can’t prevent it, I urged her to keep it classy and creative and not sacrifice her integrity.”

Sheen has been accused of hypocrisy over his criticism, given the Wall Street actor’s off-the-rails antics.

At the time, he was constantly babbling that he was “winning” while beating “Tiger Blood” and bragging that he had “Adonis DNA”, before revealing in 2015 that he had been diagnosed with HIV in May 2011.