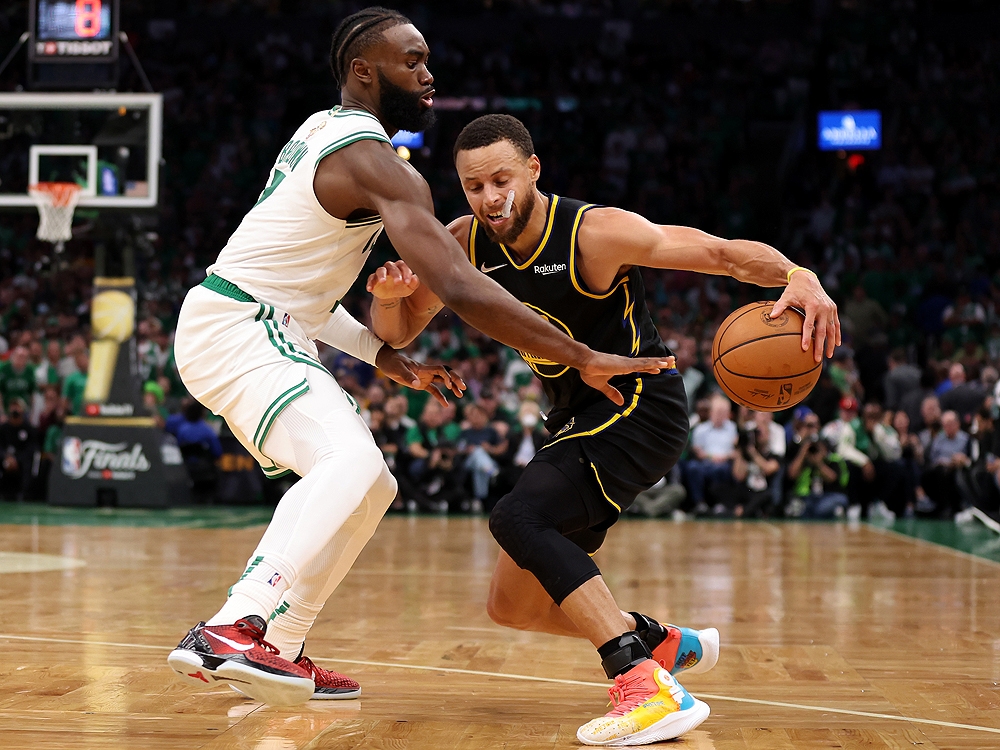 Jaylen Brown scored 17 of his 27 points in the first quarter and Jayson Tatum finished with 26 points to lead the host Boston Celtics to a 116-100 win over the Golden State Warriors in Game 3 of the NBA Finals on Wednesday.

The Celtics took a 2-1 lead in the best-of-seven series with Game 4 set for Friday in Boston.

Tatum had nine assists and Brown added five to go along with nine rebounds. Boston’s Marcus Smart finished with 24 points on Wednesday after collecting just two in the 107-88 loss to the Celtics in Game 2 on Sunday.

Al Horford amassed 11 points, eight rebounds and six assists for Boston, who shot 48.3 percent from the floor to improve to 7-0 after losing in the playoffs.

Golden State star Stephen Curry overcame early foul problems by making six three-pointers to finish with 31 points. Curry stayed in the game at 4:07 to play into the fourth quarter, despite appearing to injure his left leg as he vie for a loose ball.

Klay Thompson had 25 points and Andrew Wiggins added 18 for the Warriors, who took advantage of their third strong third quarter in a row to narrow their deficit to four points going into the fourth.

Tatum made two fouls, a long jump and two driving layups to start the fourth quarter and put Boston ahead 107-96 with 5:53 to play. Smart sank a corner 3-pointer and bankshot to give the Celtics a 114-100 lead with 2:19 left.

Golden State, which defeated Boston by a 73-38 margin in the third quarter of Games 1 and 2, hoped for similar domination on Wednesday after entering the period 12 points behind. Curry made back-to-back 3-pointers and made two more to give the Warriors an 83-82 lead before Smart answered from outside the arc on the next possession.

Brown responded from a slow 5-for-17 shooting performance on Sunday with an aggressive start on Wednesday. He made 6 out of 9 shots – including 3 out of 4 from the 3-point range – in the first quarter.