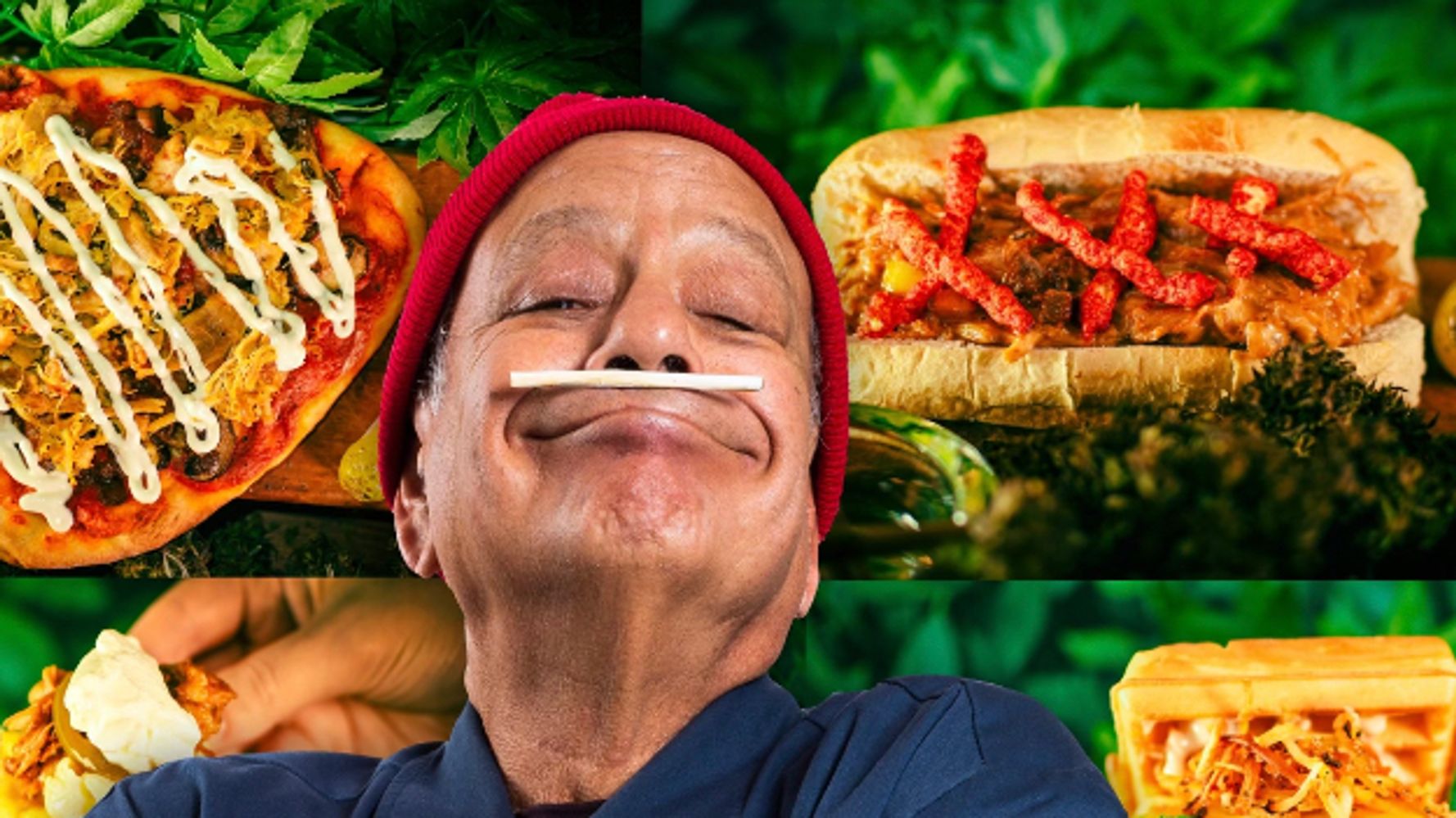 These days, it seems like every celebrity has an afterthought — a product or line of products meant to enhance their brand beyond their normal sources of income.

In the past, celebrities have been involved in food or clothing, but in recent years owning a personal brand of cannabis has become a hot sign of fame.

Mike Tyson, Martha Stewart and Bella Thorne are just some of the celebrities promoting their own cannabis brands, and there are plenty of others trying to start cannabis-related businesses.

Heck, the celebs don’t even have to live. The estates of Jerry Garcia and George Harrison are both licensed for cannabis products and paraphernalia.

Since 19 states and the District of Columbia have legalized recreational marijuana, while medical marijuana is legal in 37 states and DC, it’s a time of burgeoning growth for celebrities looking to enter the sativa space.

Wilson said musicians are the celebrity demographics most likely to benefit from a cannabis connection”because weed and music have had a natural affinity for decades.”

“In fact, no genre of music has talked about weed more directly than hip-hop, so we see a lot of people from the rap game doing collabs with cannabis brands in California. The fans love it, it’s a perfect match.”

“Celebrities who want to use cannabis should have a story about their relationship with weed.”

“I mean, who doesn’t know pain like a Peyton Manning or Serena Williams, for example? Pain is the number one health condition, affecting more Americans than diabetes, heart disease and cancer combined,” Briney told HuffPost.

Sydney Banta, of the cannabis marketing company HighHopes.co, thinks the growth of well-known brands will likely come from people in the culinary space.

“Foods and beverages are categories that have just scratched the surface, and these categories have a large untapped market,” Banta told HuffPost. “Not everyone smokes, but everyone eats and drinks. In other words, if Rachel Ray released a line of cannabis treats, I’d bet you’d discover a whole new group of cannabis-curious consumers.”

According to Food52.com, comedian Cheech Marin is a celebrity taking advantage of the connection between food and cannabis with Muncheechos, a restaurant concept dedicated to stoner-centered cuisine.

But tailoring specific cannabis strains to a celebrity’s public image is something that hasn’t been done much yet.

A writer for Pacific San Diego noted in 2020 that weed from Tyson Ranch, Mike Tyson’s previous cannabis brand, produced a high that made people talkative, but didn’t “pack a punch.”

In addition, the high associated with comedian Tommy Chong’s brand was more cerebral and not the “giggling weed” hoped for, the reporter said.

Banta said celebrity-inspired strains can be successful if applied strategically.

“This approach makes the celebrity’s connection and partnership with the brand feel real to consumers rather than an attempt to grab money,” she said. “In addition, it can be a great way to further attract, capture and convert that celebrity’s fans and followers into cannabis brand customers.”

“If Rachel Ray were to release a line of cannabis treats, I’d bet you’d discover a whole new group of cannabis-curious consumers.”

However, Wilson said it “isn’t practical to be so limited as to offer only one ‘experience’ for your cannabis brand.” He argued that it’s more common for a celeb to create a curated collection of strains and tell customers, “I’ve tried a few strains and these were my favorite, these are the ones I like and I think you’ll like them.” you’ll like it too.”

Still, he said a celebrity could take the approach of identifying themselves with a particular species if they handle it carefully and deliberately.

“For example, by selecting species based on an experience that matches their personality and then always offering that same species,” he said. “For that, they have to have a consistent cultivation operation.”

Carlos Dew of LA-based cannabis company Superbad said that when his company teamed up with rapper Lil’ Kim on her new cannabis brand, Aphrodisiak, they were working on multiple strains — but the first, Hardcore, was purposely created to reflect her sexy personality.

The pleasing hip-hop legend had its challenges. Dew said they came up with five strains for Lil Kim to try before choosing Hardcore.

Obviously, the cannabis connection can contribute to a celebrity’s bank account, but not every celebrity should jump into the cannabis world and make a lot of money, Wilson said.

“Celebrities who want to use cannabis should have a story about their relationship with weed,” Wilson said. “Ideally, they have spoken openly about marijuana in the work/art they are known for or have advocated legalization as a public figure. Without this connection, it seems purely opportunistic.”

That’s in line with the views of former Disney Channel star Bella Thorne, who owns the Forbidden Flowers brand. She takes her role as a cannabis celebrity seriously.

“Cannabis is very important to me and part of my lifestyle,” she told HuffPost in 2021. “It just took a long time to get it fully operational because there are a lot of moving parts. I also had to do a lot of research on where I wanted to grow the cannabis, what I wanted the strands to taste like, what I wanted the brand to represent and the aesthetics.”

Former Disney Channel star Bella Thorne has her own brand of weed, Forbidden Flowers, and said she had to do “a lot of research on where I wanted to grow the cannabis, what I wanted the strands to taste like, what I wanted the brand to represent, and the aesthetics.”

The former heavyweight champion has become a force in the cannabis world with his brand Tyson 2.0, which contains chewed ear gummies, a reference to the time in 1997 when he bit Evander Holyfield’s ear during the WBA Heavyweight Championship.

Martha Stewart apparently thinks CBD is a good thing, as she has her own line of products.

Football player Ricky Williams may have retired from the NFL, but he refers to his former glory days with the name of his cannabis brand, ‘Highsman’, a play on the Heisman trophy he won in 1998.

If there was a Mount Rushmore of famous weed aficionados, Willie Nelson (with wife Annie) would definitely be there. With two cannabis brands, Willie’s Remedy and Willie’s Reserve, the Red Headed Stranger proves that his favorite color might just be green.

The Blink-182 drummer and Kardashian by marriage also has a line CBD that focuses on pain and recovery.

System of a Down’s Shavo Odadjian

System of a Down bassist Shavo Odadjian founded his own cannabis brand, 22Red, a name inspired by his interest in numerology, specifically the number 22.

Rapper Wiz Khalifa’s career as a cannabis entrepreneur is thriving thanks to his personal brand, Khalifa Kush.

Soulja Boy has his line of cannabis products, Soulja Exotics, and claims on his website to be the first rapper to grow marijuana in coconut fiber.

What a long, strange journey it has been for cannabis smokers who, until recently, were at risk of arrest for surrendering. Times have changed so much that the family of Grateful Dead guitarist Jerry Garcia (including his daughter Trixie) has their own brand of weed: Garcia Handpicked.

Cypress Hill member B Real has become “Insane In The Membrane” as a cannabis entrepreneur. In addition to his own product line, Insane Cannabis, he also has his own dispensaries, Dr. green thumb.

In the 1960s, George Harrison helped popularize cannabis as a member of the Beatles. Now his estate is promoting a line of CBD products called “All Things Must Grass,” a play on words based on the title of his landmark solo album.

Pioneering rapper and visual artist Fab 5 Freddy, right, is now expanding his talents as a cannabis entrepreneur with his work for the B-Noble brand.

Actress Brooke Shields also has a side job: she is chief brand officer and board director of Prospect Farms, a company that makes CBD tinctures.

Former cyclist Floyd Landis was disqualified for using performance-enhancing drugs. Now he has his own line of CBD aimed at curing chronic pain.