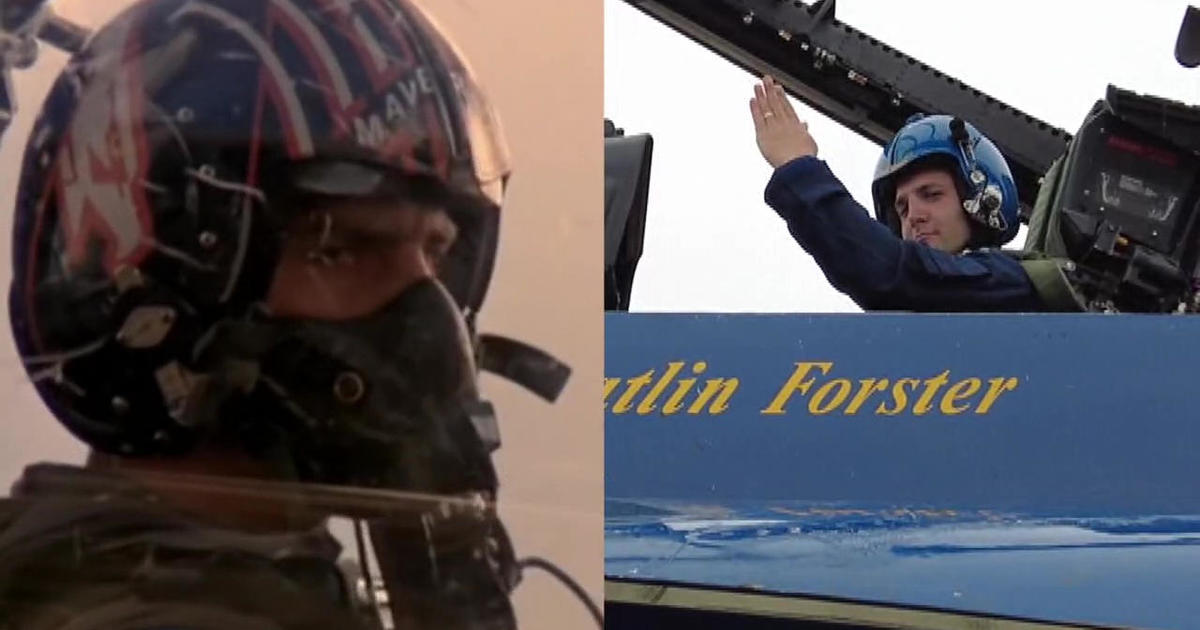 NEW YORK — The US Navy Blue Angels will fly this weekend at the annual Bethpage Air Show on Jones Beach.

It’s their first performance there in four years, so the pilots are done. So was CBS2’s John Dias, who took off with the famed flight demonstration squadron to give viewers a better idea of ​​what it looks like from above.

During a briefing, Dias was told that there are about 332 million people in the United States, but that only two citizens would be allowed to enter the literally thin air on this day.

And somehow, Dias was singled out, along with, more creditably, Dr. Kishore Kuncham, the Freeport School District superintendent, to soar with the Blue Angels. Yes, those guys who demonstrate the teamwork and professionalism of the Navy and Marine Corps through flying demonstrations.

“We’ll be flying pretty close to aircraft speeds, but what we’re doing a little differently is flying it low and in formation,” Lieutenant Griffin Stangel said.

That was the pilot of Dias, who has been in the navy for ten years.

The plane was behind him.

READ MORE† Despite cancellation of rehearsals, Bethpage Air Show pilots ready to “tear the skies” over Jones Beach this weekend

But before Dias and Kuncham were even allowed to climb the plane, they had to undergo safety training, such as learning to position their bodies for G-forces and perform proper breathing techniques.

They also learned what to touch while flying, which is basically nothing.

Then it was time to fit.

Kuncham went first, on a 45 minute ride that he said, “Oh my gosh, totally exciting, thrilling and something I will remember forever.”

Kuncham was nominated and won the Key Influencer Award for his hard work in the community and was grateful that this ride was the trophy.

“Once in a lifetime opportunity to go to the greater heights,” he said.

Shortly afterwards, Dias was awake. He got strapped in, went through more safety rules, and was finally ready to rock.

Dias did some Tom Cruise moves, as seen in “Top Gun” and the just-released sequel “Top Gun: Maverick”, and almost got it right, but Lieutenant Stangel sure knew what he was doing.

Within seconds, Dias and his pilot were over the moon. Soon after, they cleaned them up, and that’s when the real fun started. They did a lot of rolls and a few exciting loops.

And during some parts he said it was even hard to move.

Other times they flew upside down and reached zero G’s, like an astronaut.

But he said the most exciting part was hitting an insanely high G-force.

It was the most chilling experience of Dias’s life, but he added that it never felt so good to be back on the ground, especially since he can now brag.

Kuncham said that now that he has experienced the Blue Angles, he wants to go on SpaceX.

John Dias is an Emmy nominated reporter. He joined CBS2 News in November 2017.