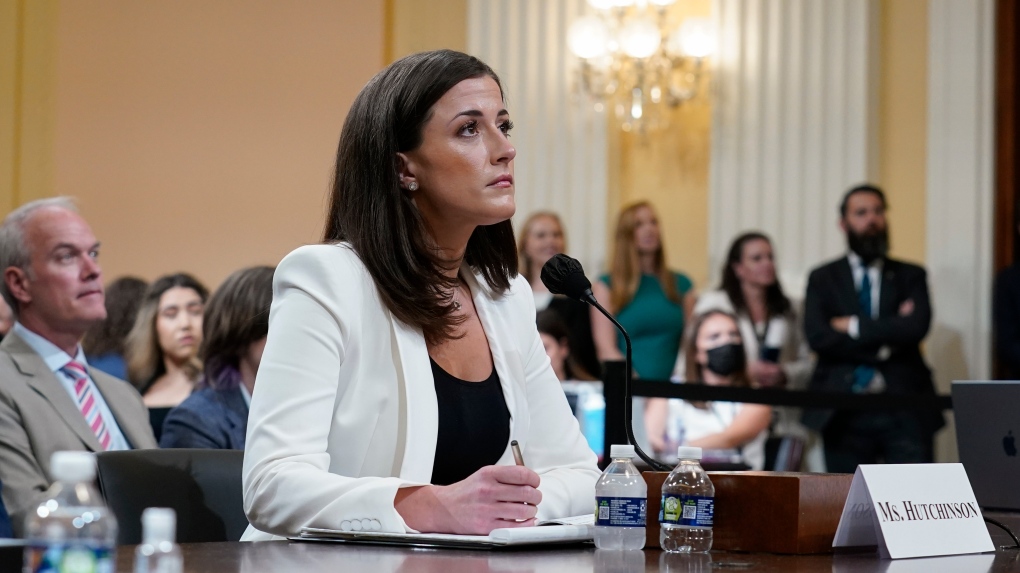 The top aide to former White House chief of staff Mark Meadows, who testifies before the House select committee investigating the January 6, 2021 Capitol uprising, was a young, burgeoning star in the Trump administration.

Cassidy Hutchinson was a staff assistant at the Office of Legislative Affairs before being quickly promoted to special assistant to then-President Donald Trump and adviser to Meadows, before becoming his executive assistant until the end of the Trump administration.

Meadows made Hutchinson his legislative assistant, and she would accompany Meadows to Capitol Hill for his most serious meetings. Hutchinson was “with Meadows all the time,” a former White House official said, and another source said she had “very close access to Meadows.”

A former White House aide said Hutchinson had a falling out with Meadows in 2021. She was supposed to go to Mar-a-Lago as a permanent staff, but that never happened.

Hutchinson’s experience working closely with Meadows will enable the committee to better understand Meadows’ efforts to reverse the election and learn about what happened the day the Capitol was breached. A person close to Hutchinson has told CNN she previously testified before the committee for at least 20 hours, detailing her time in key White House meetings as Trump and his allies tried to undo the election results.

She eyewitnessed several key episodes leading up to January 6, in addition to seeing some real-time responses from Trump that day.

During interviews conducted by the committee, Hutchinson testified that multiple Republican members of Congress, including Representatives Matt Gaetz, Andy Biggs, Scott Perry and Louie Gohmert, asked for a preemptive pardon after Jan. 6.

She also testified that prior to the uprising, Meadows was immediately warned of the potential violence. Meadows refuses to speak to the House Committee.