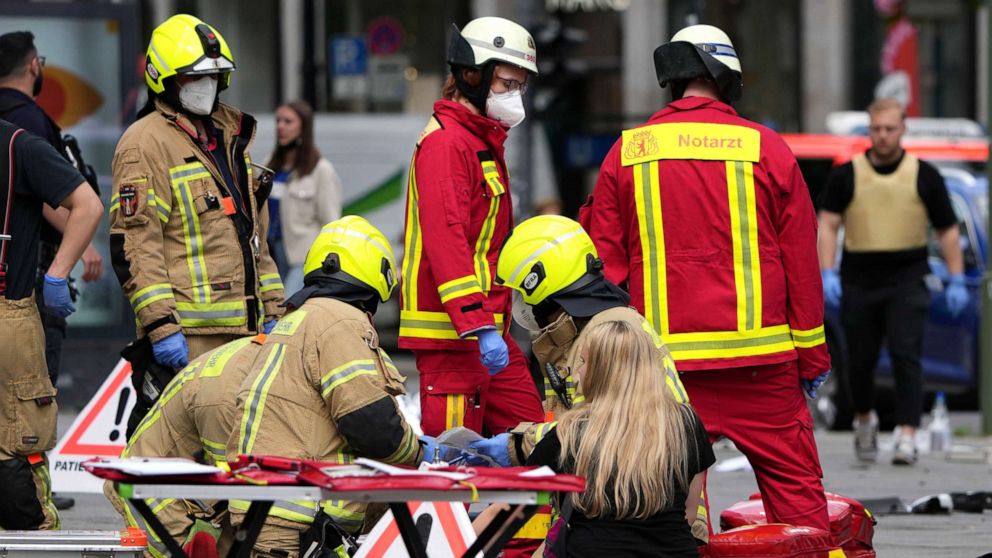 A car rammed into a crowd of people in a popular shopping area in Berlin on Wednesday morning, police said.

“A man is said to have ridden on a group of people,” the Berlin police said in a statement via Twitter. “It is not yet known whether it was an accident or deliberate action.”

The incident took place along the busy Tauentzienstrasse shopping street in the west of the German capital. The suspected driver of the car has been arrested at the scene, police said.

Further details about the incident were not immediately available.

The scene was near Breitscheidplatz, a public square in Berlin where 13 people were killed after an extremist deliberately drove into a Christmas market in 2016.