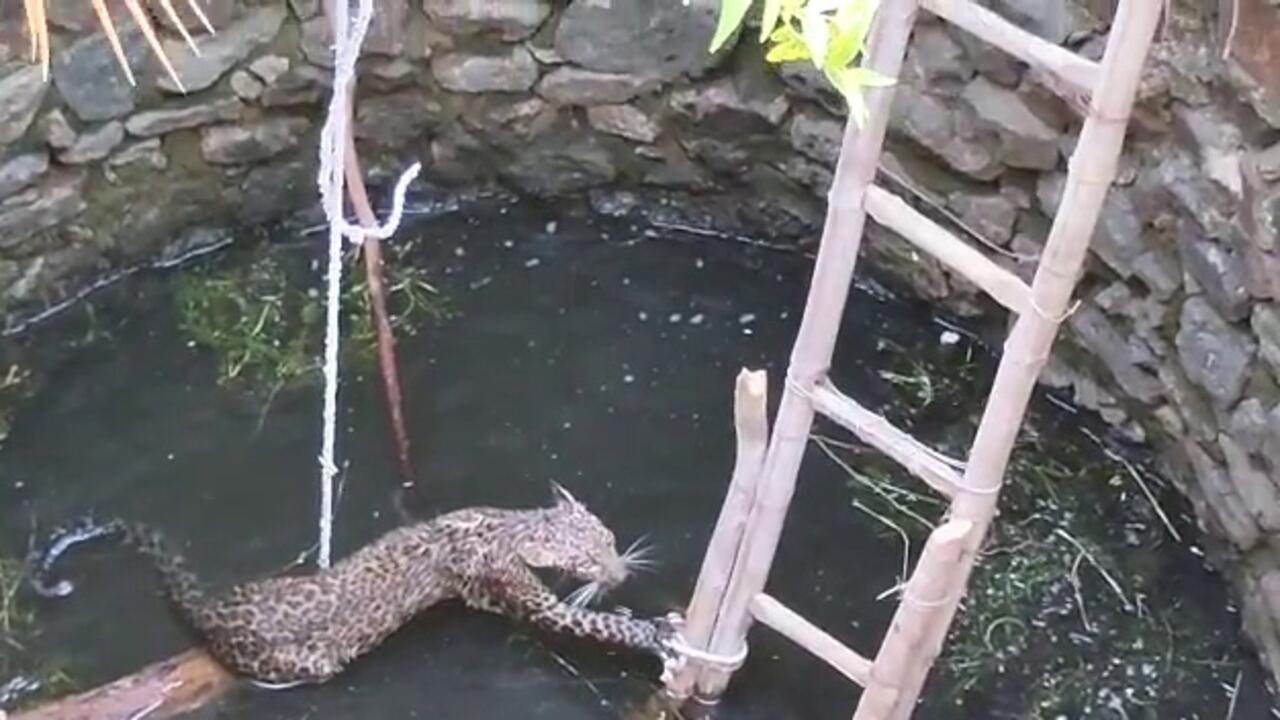 A video of a leopard climbing a ladder from a well in the eastern Indian state of Odisha has been widely shared online. After the leopard got stuck in the pit, local officials dropped a ladder to the animal. The leopard was able to climb to safety and was released back into its habitat. A vulnerable species, the leopard is protected in India.

A leopard was rescued on June 8 after becoming trapped in a well near the town of Redhakhol, in eastern India’s Sambalpur district. Officials from the region’s Forest and Environmental Department have alerted the fire service that initiated the rescue, the Indian Express said.

ABP Nieuws reported that the leopard had fallen into the well the night before. The locals discovered it after hearing growls coming from the well.

A video shared online shows the leopard clinging to a floating block at the bottom of the pit. The big cat then carefully climbs a ladder and runs back into the forest.

Another video shared by the Odisha state fire service shows officials carefully lowering the ladder into the pit. They installed a net on one side of the pit so that the escaped leopard would go back into the forest and not to villagers.

Fire officials said neither the leopard nor the locals were injured in the rescue.

There are an estimated 800 leopards in the state of Odisha. Authorities are concerned about a rise in wildlife crime, including poaching for leopard skins during the Covid-19 pandemic.

Leopards are a highly adaptive species and were also forced to move closer to human settlements to find prey and shelter, leading to attacks on livestock or domestic dogs. A video published on June 6 showed a leopard attacking a dog in western India, rekindling the debate over human-leopard interactions.

>> Read more about The Observers: ‘We invade their habitat’: Angry mob kills leopard in Azad Kashmir

The leopard is listed on the IUCN Red List as a vulnerable species protected under Schedule I of the Indian Wildlife (Protection) Act of 1972. However, the Indian leopard population has increased in recent years.