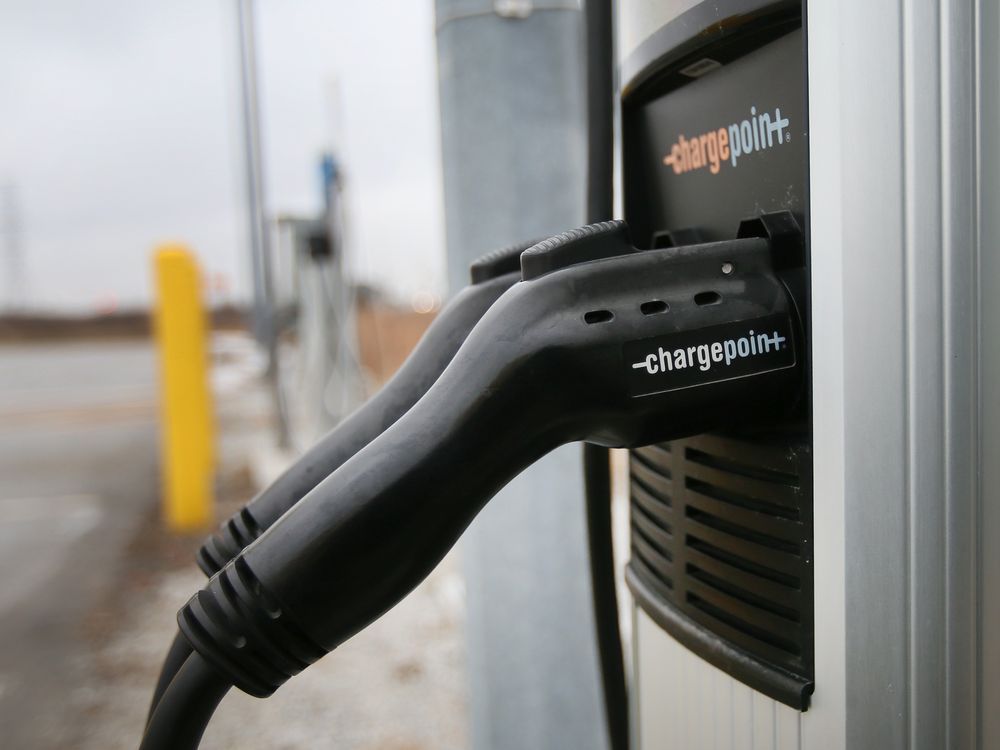 A Canadian electric vehicle charging manufacturer announced plans on Tuesday to build its newest plant not in Windsor, but just across the border in a bid to expand its US presence.

Quebec City-based charging company FLO said the $3 million facility in Auburn Hills, Michigan will be the first in the United States.

“The future of EVs is in Michigan,” said FLO CEO Louis Tremblay. “We are proud to announce today our facility – our first in the US – which will not only create jobs for Michiganders, but also help meet the rising demand for smart, reliable charging stations and expand the FLO network in the US. keep expanding”

The move is expected to create about 730 direct and indirect jobs — including 500 factory jobs — through 2028, officials said in an announcement with the Michigan Gov. Gretchen Whitmer.

In response to a question from the Star, an FLO spokesperson said the decision to locate the plant in the United States and not at home in Windsor was “strategic”.

“With this investment, we want to increase our presence in the US market, which can be difficult to access, partly due to protectionist measures,” said Frédérique Bouchard, public affairs specialist at FLO.

Bouchard said the company has no plans to open a factory in Windsor in the near future, but said it is a “proud Canadian” company that has made significant investments in Canada over the past year, including doubling production facilities and research. and development centers.

FLO’s Auburn Hills facility will also include a testing lab, officials noted in a press release. The Michigan location puts the plant close to “leading US automakers” and helps the company align with new EVs coming to market.

According to the U.S. Department of Energy, sales of new EVs in the United States have increased by 85 percent in the past two years, and by 2030, more than half of new car sales are expected to be EVs.

FLO’s plant in Auburn Hills is expected to produce 250,000 EV chargers by 2028, specifically for the US market.

FLO, headquartered in Quebec City with manufacturing facilities in Shawinigan, manufactures chargers for both single-family and multi-family homes, and is also building a charging network across the country.

In Canada, Windsor is fast becoming a hub for new car and EV investment, with a South Korean company announced new plans for a feeder company in recent days, and a recent announcement from Stellantis that the company would manufacture its STLA vehicles in Windsor and relocate them from Brampton.

In March, Stellantis and LG Energy Solutions announced a $5 billion plan for a new battery plant in Windsor.