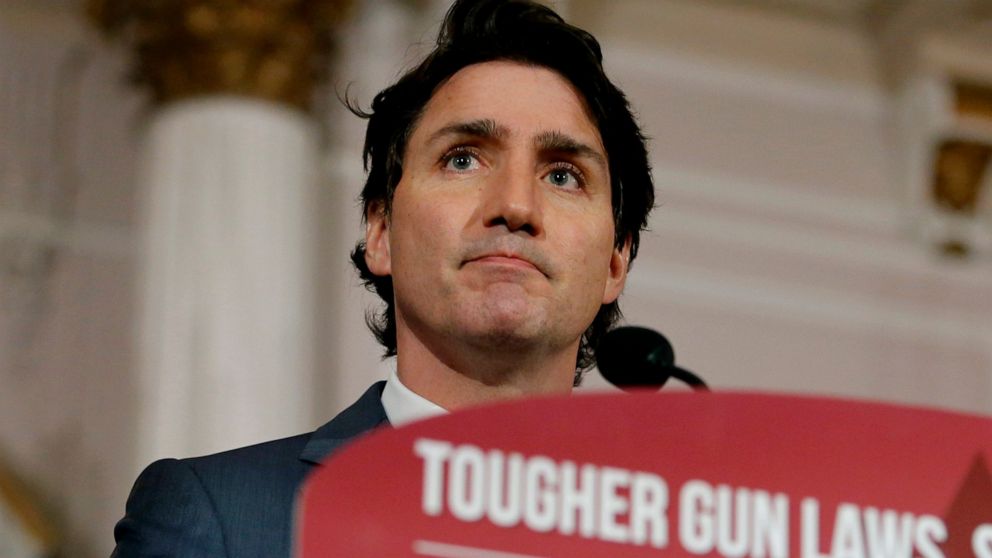 “We are limiting the number of guns in this country,” Trudeau said.

Regulations to halt the growth of small arms in personal possession are expected to come into effect this fall.

“It will be illegal to buy, sell, transfer or import pistols anywhere in Canada,” the prime minister said. Families of shooting victims joined him at a news conference in Ottawa.

Canada already has plans to ban 1,500 types of military-style firearms and offer a mandatory buyback program that starts by the end of the year. Trudeau said that if anyone really wants to keep their assault weapon, it will be rendered completely useless.

Trudeau had long had plans to enact tougher gun laws, but the introduction of the new measure comes after mass shootings in Uvalde, Texas, and Buffalo, NY, this month.

Public Safety Secretary Marco Mendicino called the legislation the most important step Canada has taken in a generation.

“Countries that have good gun control are good at controlling gun violence,” Mendicino said in an interview with The Associated Press.

“In Canada, gun ownership is a privilege, not a right,” Blair said. “This is a client that sets us apart from many other countries in the world, especially our colleagues and friends in the south.”

Canada has had far fewer mass shootings than the US, in part due to a lack of easy access to guns, although the US population is also much larger than Canada’s.

Blair noted that weapons are often illegally smuggled in from the US, which he says has one of the largest weapons arsenals in the world.

The government also said the bill also allows for the revocation of gun licenses from people involved in domestic violence or criminal harassment, such as stalking.

The bill would create a new “red flag” law, allowing courts to require people who pose a danger to themselves or others to surrender their firearms to the police. The government said the measure would safeguard the safety of those who come forward during the trial, often women at risk of domestic violence, by protecting their identities.

The government said it will demand that rifle magazines be changed permanently so that they can never hold more than five cartridges, and will ban the sale and transfer of large-capacity magazines under the Criminal Code.

“Canada can teach us a lot,” tweeted Bruce Heyman, a former US ambassador to Canada under the Obama administration.

Trudeau said his administration recognizes that the vast majority of Canadians who own guns are responsible, but that the level of gun violence is unacceptable. Mendicino said they are aware the announcement could lead to a rush to buy weapons before the law comes into force, and urged Parliament to pass it as soon as possible.

The new measures are sure to pass in Canada’s parliament, as the ruling Liberals and left-wing opposition New Democrats have plenty of votes.

Pierre Poilievre, who is running for Conservative Party leader, said law-abiding gun owners should be respected and dangerous criminals should be jailed.

“Except for using firearms for target shooting and hunting, there is no reason anyone in Canada should need guns in their everyday life,” Trudeau said. “We need less gun violence.

“We must not allow the arms debate to become so polarized that nothing is done about it. We must not let that happen in our country. This is about freedom. People must be free to go to the supermarket, their school or their place of worship without fear .”