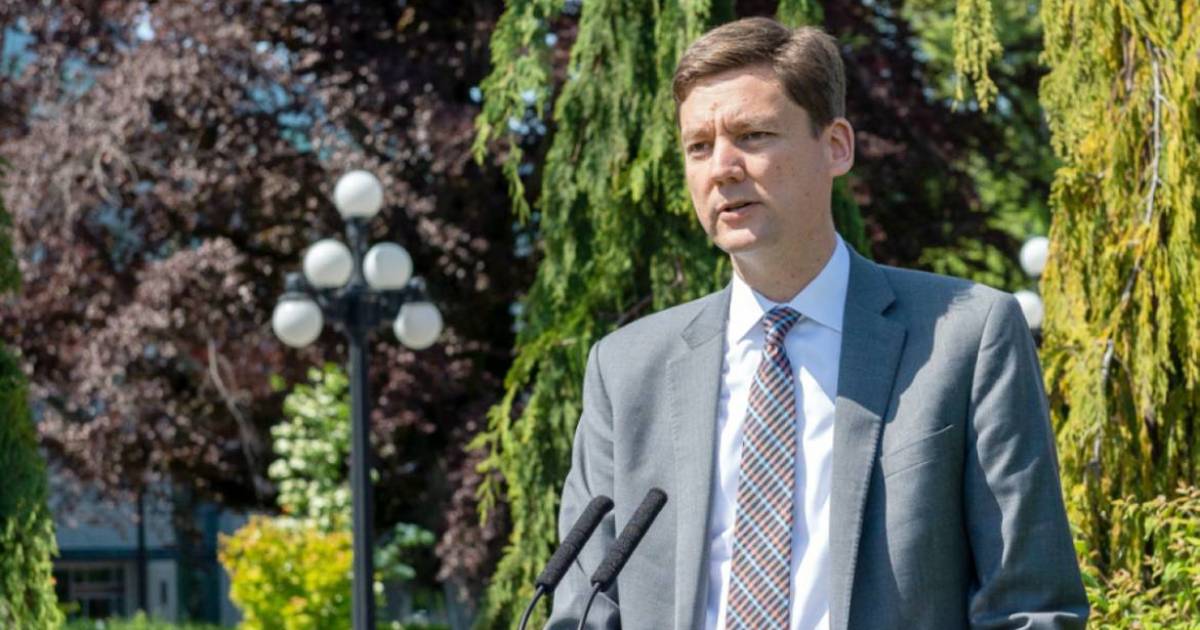 No MLA in Surrey or North Delta would probably dream of conducting a survey on the number of homeowners in a small part of their town with untranslated Punjabi names.

But in 2015 something along these lines happened in Vancouver – only this time the survey involved homeowners with non-anglicized Chinese names.

The data was provided to Andy Yan by David Eby, then the NDP housing critic. At the time, Yan’s star was rising as an explorer of empty houses and the like. After graduation, Yan got a prestigious job at SFU.

Eby, the MLA for Vancouver-Point Grey, gave him information on 172 sales of properties on the west side of Vancouver.

To date, it has never been revealed how Eby chose those particular traits or whether he was supported in his efforts by NDP caucus researchers.

One thing is clear, however: That study contributed to a racist bonfire in BC over “foreign” real estate purchases and “foreign money” in the housing market in subsequent years. This happened even though Yan has maintained that he never looked for “levels of foreign ownership.”

In the years following the investigation, Eby brought money laundering in casinos together with soaring real estate prices and the deadly fentanyl crisis.

“The nature of these allegations, that this money laundering activity is actively affecting our real estate market and is related to the sale of life-destroying fentanyl, underscores the critical importance of urgently addressing money laundering and not ignoring it,” Eby said in a statement. Statement of 2018, according to CBC News.

At the time, Eby turned media attention to “shadow flipping” and money laundering in casinos. And his party embraced demand-side measures to tackle the high costs of housing, including a speculation tax and surcharges on expensive housing.

Meanwhile, a large study by Canada Mortgage and Housing Corporation indicated that supply shortages are a primary factor driving home prices up.

But that didn’t seem to matter much to Eby at the time. What he said about money laundering and shadow flipping resonated in the media. Many journalists believed that a shopping spree from mainland China — rather than continued low interest rates, lack of supply, rapidly growing money supply, intergenerational wealth transfers, municipal zoning or other factors — was at the root of the affordability crisis.

Here’s what CMHC found in its research:

“Our analysis has shown that investor demand and speculative activity (both domestic and foreign), as measured by currently available data, have had a limited measured impact on prices. This is not to say that speculation is not an issue While investors look for opportunities for returns where demand is growing and supply is firm or slow to respond, increased speculation is more likely to amplify the impact of lingering market imbalances rather than be the root cause. but current evidence suggests they are unlikely to have a substantial impact on affordability in high-end markets such as Toronto and Vancouver.”

During the pandemic, housing prices in Metro Vancouver continued to skyrocket even as immigration slowed and foreign purchases were a fairly negligible factor in residential real estate sales.

Eby, who became housing minister after the 2020 election, then changed course on housing, much to the disappointment of some of his previous admirers.

He is now a champion of adding housing supply. As I noted in a column earlier this year, it’s a shame that about five or six years were wasted by the NDP focusing almost exclusively on demand-side measures.

Eby has also expressed regret over his role in the 2015 investigation into non-anglicized homebuyer names.

This came to the fore in a provincial investigation into money laundering. Eby claimed in an “article” to apologize for his participation in Yan.

“I was in favor of trying to fathom international money in our real estate market,” Eby told the investigation under cross-examination by BC Civil Liberties Association attorney Jessica Magonet.

“I was insufficiently sensitive to the impact on the Chinese community of the sociological marker Mr. Yan used based on other research in terms of feeling that a person’s name is a really important personal marker,” Eby continued, “and describing it as a foreign investor based solely on what your name is was incredibly problematic for that community and completely understandable, so I apologized for my participation in this by providing Mr. Yan with those studies.”

After Eby’s testimony, Georgia Straight asked the Attorney General’s Office and lawyers who had appeared at the investigation about the “article” referred to by Eby. No one could provide a copy of it. It was also not available on the internet.

Does that “article” that Eby testified about during a provincial investigation really exist? The Georgia Straight was unable to confirm this.

The Straight ahead however, confirmed that Eby appeared on an Omni TV show hosted by Ding Guo after Ding heavily criticized the Eby-Yan study.

At the time, Eby told Ding he was unhappy with the research being used to advocate discrimination against Chinese Canadians. They later became friends, according to a foreword Eby wrote to one of Ding’s books.

If Eby’s interview with Ding is the “article” he referred to during the public inquiry, it escaped the attention of the investigating commissioner, Austin Cullen, who didn’t pay much attention to this episode.

However, Cullen said he could not conclude that money laundering was a major cause of unaffordable housing prices.

In comments to reporters, Cullen said it was “too simplistic and baseless” for anyone to say that “criminal money from China” flowed freely into the housing sector, according to a reporter. Times Settler article.

Why repeat this history now?

Eby now wants to be prime minister of BC But does he have the character for such an important position, given the sweeping powers that prime ministers have in this country, given the history of BC politicians playing the yellow danger of yielding to the majority , and given his willingness to participate in a study focusing on non-anglicized Chinese names?

It’s a question those still upset about the 2015 study and Eby’s relentless focus on casino gambling — and the impact it had on our neighbors of Asian descent — may want to ask themselves.

Later today, his sole rival for the job, BC NDP leadership candidate Anjali Appadurai, will officially launch her campaign in downtown Vancouver.

So far, she’s been silent on Eby’s flip-flop on the main cause of high house prices since she revealed her intention to challenge him for party leadership.

We’ll see if it stays that way throughout the campaign.

But as an immigrant from India, where a demagogic majority regime has led to appalling community violence, she couldn’t have missed it entirely. Especially after her city of Vancouver was named the “Anti-Asian Hate Crime Capital of North America” ​​in 2021.