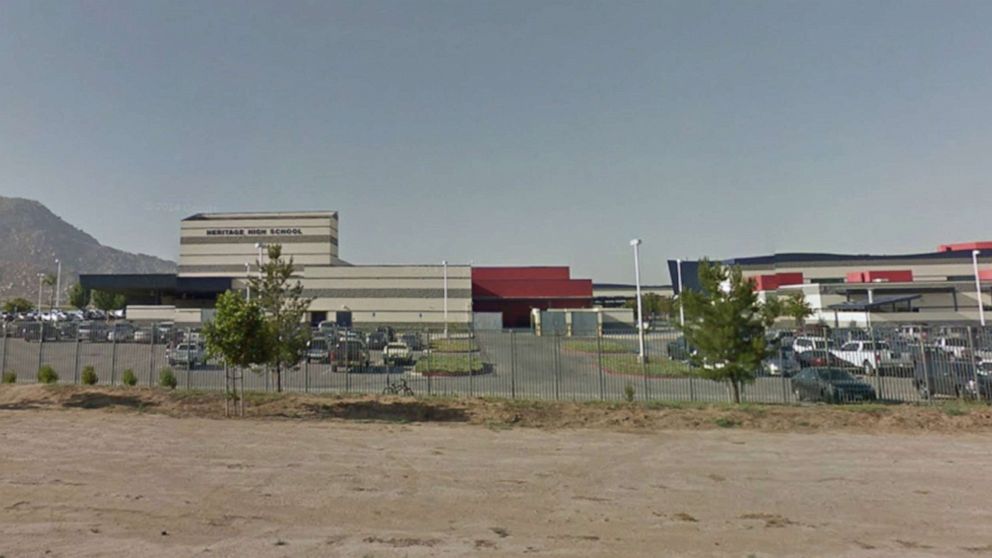 California police have arrested a 17-year-old for allegedly threatening a school shooting on social media.

The teen, a student at Heritage High School in Menifee, California, about 75 miles east of Los Angeles, reportedly sent messages on social media that he planned to shoot “a school” and “children.” , according to a statement from the Menifee Police Station.

The threats made no mention of a specific school, police said.

In addition to the threats of violence, the teen allegedly harassed students and was in possession of a “ghost gun,” a privately-made firearm that cannot be found, police said. Ghost guns are usually made by assembling pieces, either together in a kit or sold separately, to create a fully functioning firearm.

The kits can often be purchased without background checks and without serial numbers, making them accessible to people who are legally prohibited from buying firearms, including minors, according to police.

Detectives who had been given a search warrant for the teen’s home found him when he returned home just before 2 p.m. Sunday and found the firearm, according to the police statement. The detectives try to find out how the teenager got the weapon.

The suspect, who was not named, was incarcerated at Riverside County Juvenile Hall on several charges, including making criminal threats, possession of brass knuckles and possession of an unregistered firearm.

The Perris Union School District was immediately notified and assisted detectives in the investigation, police said.

“Any threats, specific, implied or otherwise, that cause fear in our community will not be tolerated,” the police said in a statement. “MPD is committed to using all available resources to ensure that we hold the person(s) responsible for such threats accountable for their actions. These threats are disruptive to our school sites and require many hours of law enforcement investigation.”

The school district did not immediately respond to ABC News’ request for comment.