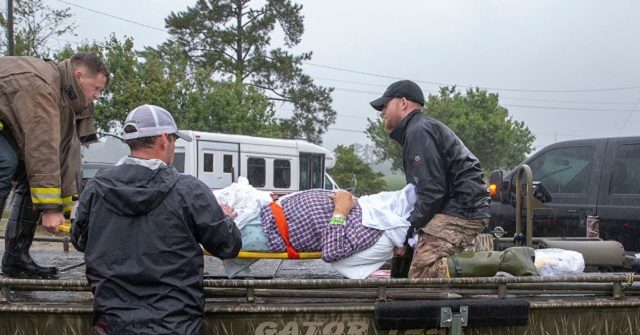 The United Cajun Navy has made its way to southwestern Florida to assist in rescue efforts after the devastation of Hurricane Ian.

The group of volunteer first responders was formed after Hurricane Katrina and was reactivated in 2016 during the Louisiana floods to help affected victims. Since then, the civilian-led group has led rescue efforts after natural disasters in the southern US, including after Hurricane Harvey and Hurricane Irma in 2017.

Initially, the group feared they would disrupt recovery efforts, but are now working side-by-side with state officials in helping victims, according to 4 WWL.

Following news that the Cajun Navy would be leaving for the Sunshine State just before the Category 4 storm made landfall, Governor Ron DeSantis (R) expressed appreciation that the experienced group was on the way.

“I think the Cajun Navy is on its way, and okay, here we go. And look, we really welcome them, and that’s some really seasoned people,” DeSantis said Wednesday.

The group moved its operations from the Tampa area to Fort Myers after receiving more “emergency calls” in the area and wasted no time getting victims to safety.

We found a truck stop in Fort Myers that will be closed for the next few days, and they’re letting us take people there. And then Florida state emergency responders will send their resources there to pick up these people and distribute them to state-run shelters,” the group said was ready to take multiple flood vehicles and jeeps to southwest Florida because of the flooding. multiple chapters they had in the southwestern region.

After experiencing the devastation that can, of course, inflict casualties on casualties — especially given Louisiana history — members of the Cajun Navy understand the fears that Floridians may have right now.

“We’ve all been through it in Southeast Louisiana, so we know how bad it is,” Trascher said. “It’s scary. There’s a lot of emotion involved, and we just want to soften that blow as much as possible,”

The civilian-led group is not only limited to the southeastern US but has also helped those affected by Hurricane Fiona in Puerto Rico. Some group members have even traveled all the way to Ukraine to help victims of the ongoing war.

The Cajun Navy is accepting donations on its website as they continue to help the victims of this week’s devastating storm.