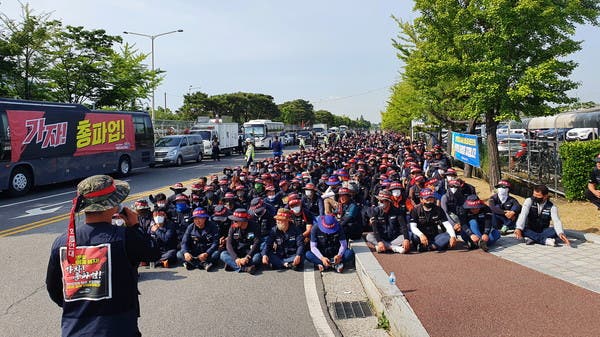 A strike by union truck drivers on Friday hit container traffic through South Korea’s southeastern port of Busan, dropping it to a third of its usual level, a government official told Reuters.

“Terminal gates have not been blocked, but container movements shrank to about a third,” said the regional official for the Ministry of Oceans and Fisheries, who sought anonymity.

Container depots are filling up and authorities are discussing measures to increase security, the official added
spoken by phone.