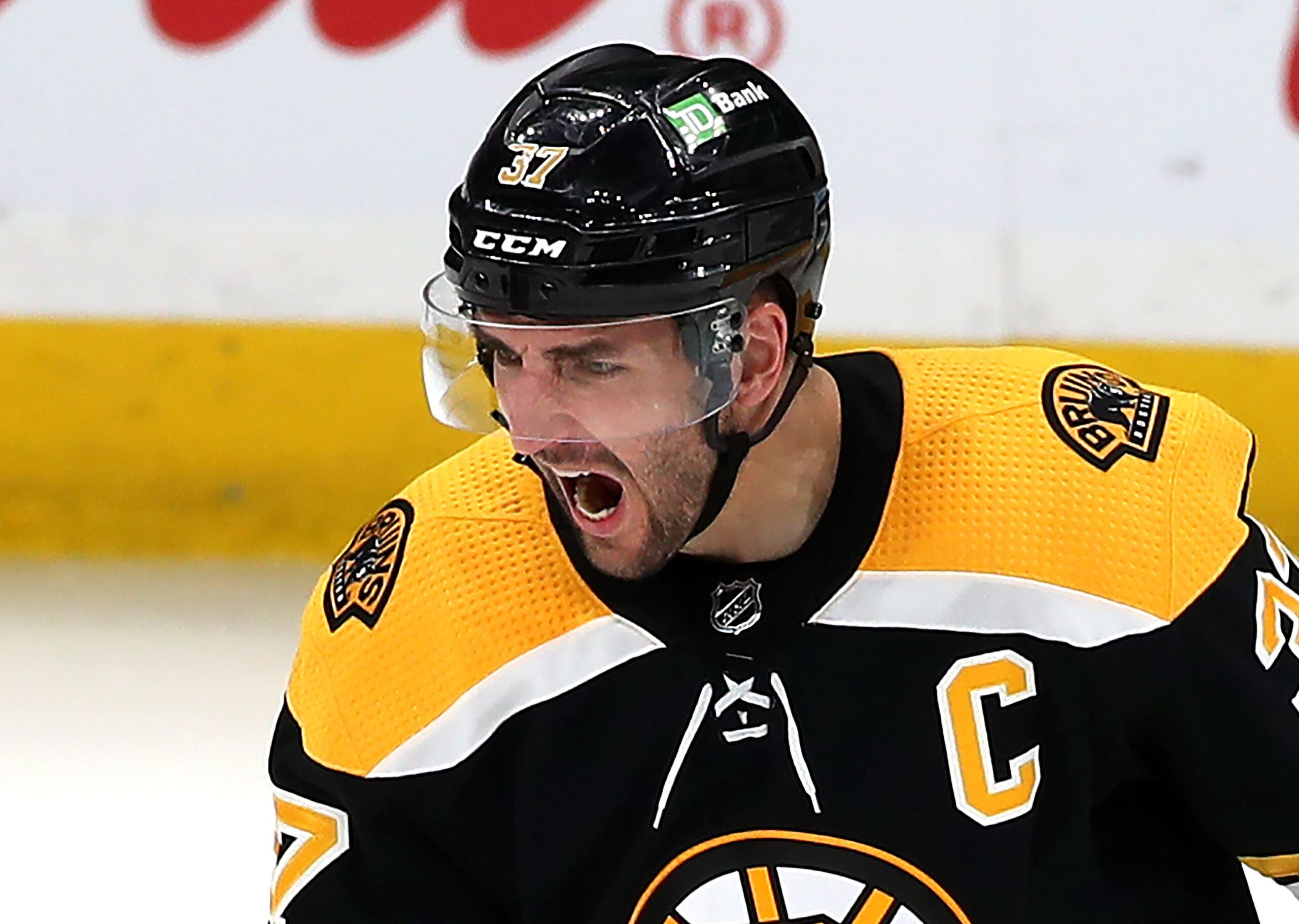 Patrice Bergeron is the Selke Trophy winner as the NHL’s best defensive forward for a record-breaking fifth time.

The big question now is whether the captain of Boston Bruins is going for a sixth.

Bergeron accepted the award on Sunday in the wake of surgery for a tendon in his left elbow and is still unsure whether he will return for a 19th season. He will be 37 in July.

“I still think I have a lot of time ahead of me, I think, to make that decision,” Bergeron said. “I want to make sure I take all the time I need to make the right one.”

Bergeron wouldn’t call it a career due to reduced performance. He is still on top of his game.

At age 36, Bergeron led the league with 991 faceoff wins and a .619 win rate and had the best puck possession of players who skated at least 50 games. He racked up 65 points in 73 games, leaving only longtime linemates Brad Marchand and David Pastrnak in scoring for the Bruins.

Not having a contract for next season is the main reason for Bergeron’s indecision.

“My entire career I’ve had contract extensions or I’ve had long-term contracts,” he said. “I would go into the summers with that in mind, I think, which means I know what I’m going to do next year and all those things. And now I’m 36 and I’m out of contract and actually for the first time in my career I can take a step back, the first time in my life that I can just think about what I do want to look forward to for the future. “

Bergeron who won the Selke for the fifth time broke a tie with Montreal Canadiens Hall of Famer Bob Gainey, who won the award in its first four years of existence. This was his 11th consecutive season as a finalist – the longest streak in league history, surpassing Wayne Gretzky’s 10-year run in the top three in voting for the Hart Trophy as NHL MVP from 1980-89.

Aleksander Barkov of Florida and Elias Lindholm of Calgary were the other finalists voted on by members of the Professional Hockey Writers Association. Bergeron was a runaway winner with 160 out of 195 votes in first place, with Lindholm second and Barkov third.

Bergeron probably has fewer years left with hockey than Lindholm and Barkov, although next season could be a big task for the dedicated center that helped Boston win the Stanley Cup in 2011 and make it to the finals in 2013 and ’19. Marchand and top defender Charlie McAvoy are expected to miss at least the first few months after undergoing surgery, and others won’t be ready for opening night.

“I think it’s one of those things you need to ride the wave,” Bergeron said. “I think it comes down to a different challenge. This organization and this team has faced many challenges in recent years, even decades.”

Bergeron has been part of overcoming those challenges since he made his NHL debut in 2003. He said the elbow surgery, which requires a recovery period of 10 to 12 weeks, won’t affect his impending decision.

Playing with the injury for nearly two years makes his latest achievement that cements his legacy as one of hockey’s best two-way players even more impressive. Of course Bergeron thanks his teammates and the organization for the individual honour.

“I’ve been lucky enough to play in great teams and win five Selkes,” he said. “The structure of the way we play as a team, which we’ve been playing in Boston for a long time, helped me a lot.”