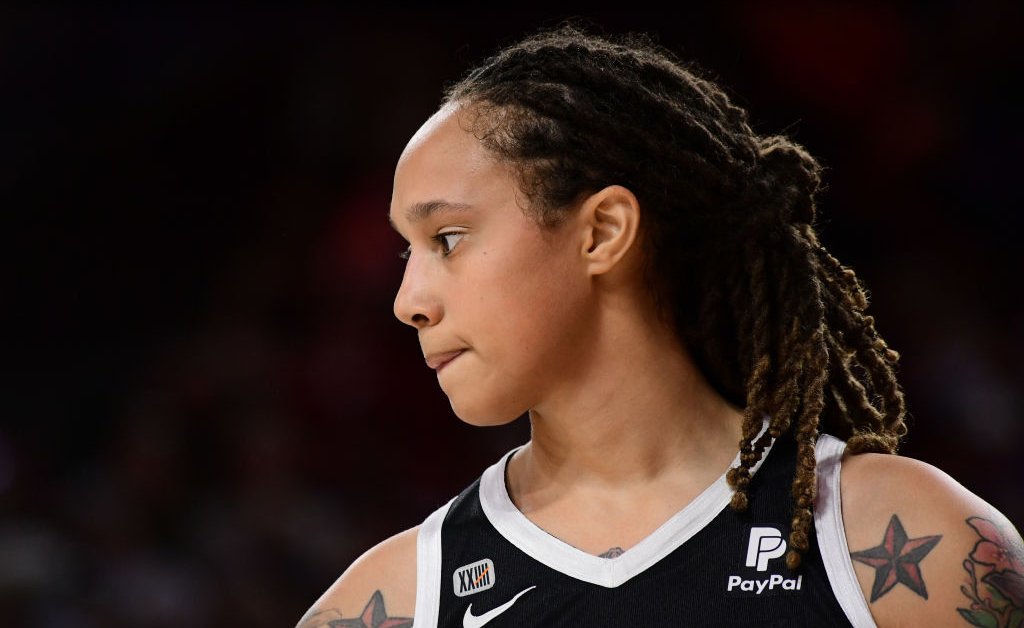 TThe criminal trial of 31-year-old WNBA champion and Olympic gold medalist Brittney Griner, who has been incarcerated for more than four months, began in Russia on July 1. She faces up to 10 years in prison for allegedly transporting and smuggling cannabis products. Experts say she is unlikely to receive a fair trial and that Russian authorities are using her as a diplomatic bargaining chip during the ongoing invasion of Ukraine.

Griner was arrested and detained in February

On February 17, Griner, who plays for the Phoenix Mercury, was taken into custody at Sheremetyevo International Airport near Moscow after arriving to play off-season with UMMC Ekaterinburg, a Russian women’s basketball team where Griner has been a star for the past seven years. Airport authorities are said to have found in Griner’s luggage four vape cartridges containing hash oil, a concentrated form of cannabis that is illegal in Russia. Russia’s Federal Customs Service said an airport security dog ​​prompted customs officers to search her belongings. Griner was charged with violating Article 229.1 of the Criminal Code of Russia, a law criminalizing illegal drug trafficking and smuggling.

Griner’s arrest came a week before the Russian invasion of Ukraine, and it wasn’t until March 5 that news media began reporting the detention of an unnamed American basketball player.

On March 17, TASS reported that Griner’s detention would be extended for more than two months, until May 19, after a court petition to investigate the charges was approved. That day, a State Department representative said U.S. consular representatives still had not been able to meet with Griner.

However, on March 23, US officials confirmed that a representative from the US embassy had been granted access to meet Griner. Speaking at a press conference, spokesman Ned Price said Griner is “doing as well as can be expected in these very difficult circumstances.”

On April 11, WNBA Commissioner Cathy Englebert said the league was working with Griner’s legal team, her agent and the U.S. government to get Griner home as quickly as possible.

“This is an unimaginable situation BG is in. She continues to have our full support,” said Englebert, referring to Griner by her initials. “We know she’s safe, but we want to get her home, so it’s a very complex situation.”

About three weeks later, on May 3, the WNBA released a statement that Griner’s initials and jersey number would be listed on every court this season and that the league granted both the roster and salary cap to Phoenix Mercury for a temporary to hire a replacement player to take Griner’s spot.

On the same day, the State Department said in a statement that Griner had been “unjustly detained” by the Russian government, adding that “the well-being and security of American citizens abroad are among the highest priorities of the American government. ” The agency said a new team within the agency would be overseeing her case. On May 13, Griner was denied a request for house arrest and her detention was extended for an additional 30 days. The US embassy said their requests for Griner were repeatedly rejected throughout the month.

On June 14, Griner’s pre-trial detention was again extended to July 2. Subsequently, during Griner’s preliminary hearing closed on June 27, the court set a trial start date for July 1, and extended her detention until December 20 to accommodate the length of the trial. the lawsuit.

Advocates, Griner’s teammates and basketball fans have written petitions, staged protests and pleaded with lawmakers to negotiate with Russian officials for Griner’s safe return home in recent months. Protests erupted in Phoenix, where Griner’s WNBA team is based. Members of the WNBA team met with the State Department in early June to discuss what can be done about Griner’s case.

“It takes a lot to get her home safely, they work relentlessly,” Mercury star Diana Taurasi said in a statement after the meeting. “We are here to do everything we can to bolster BG and keep it at the forefront, which is more important than any basketball game or anything else that happens in our lives. We want BG to come home as soon as possible, it is number one on our list.”

Tim Bradley, a former FBI agent, told TIME in March that people of color and LGBTQ+ people are at different risk in Russia. “The Russian government has a very closed view of the LGBTQ community. That could have made her a more obvious target for them,” Bradley said.

On May 17, Griner’s agent, Lindsay Kagawa Colas, said on Twitter that Griner’s detention is a human rights violation and that she was being used by Russia for diplomatic pressure.

“International law requires that Russia grant consular access to #BrittneyGriner and that access has now been denied three times. This proves that Brittney is being used as a political medium of exchange,” Colas wrote.

Griner’s wife, Cherelle Griner, has also said that Griner is a “political pawn.” Cherelle has made public requests to President Biden to intervene in Griner’s release, and she shares contempt for the US government’s handling of the case. On Friday, a petition to free Griner on change.org had nearly 290,000 signatures.

On March 5, the US State Department issued a “no travel” advice to Russia in light of the invasion of Ukraine, warning that Americans would face possible harassment from Russian security officials and that the US Embassy in Moscow could Americans could provide only limited assistance. over there.

Despite public outcry over Griner’s case, relatively few political figures have weighed in. According to government and legal analysts and experts interviewed by The New York Time, limiting statements and attention on the case could be helpful for Griner’s freedom due to the widespread belief that Russian President Vladimir Putin is firmly opposed to giving in to Western demands, especially as there has been worldwide outcry over the invasion of Ukraine.

Political commentators have largely said that ongoing geopolitical tensions between Russia and the West — including sanctions and military aid to Ukraine — have weakened Griner’s possibility of release.

Bradley also told TIME that Griner’s arrest was “straight out of the Russian playbook.” “I have to believe she was the target, based on the imminent invasion of Ukraine. The Russian government has a long history of falsely detaining US citizens,” he said. “It just doesn’t pass the odor test… It’s not shocking that the Russian government would do this.”

Russian news media and political pundits have spread the idea of ​​a prisoner swap as a possible solution to Griner’s release, following a successful swap earlier this year that brought home a detained former US Marine from Russia. Russian news outlets have put forward Viktor Bout, an international arms dealer imprisoned in the United States, as a strong potential partner to trade for Griner. However, criticism has arisen over the wide differences in the alleged crimes of the two inmates. Security experts are also concerned that such a swap could encourage future hostage takings.

Griner’s trial began on July 1, but there is no information about the type of evidence Russian prosecutors will present against Griner.

Legal analysts told The New York Time that a conviction is highly probable because “there is no real idea or expectation that the accused could be innocent” when they go to trial in Russia, all the evidence used in a case comes from the prosecutor, and there is no right to be tried by jury. Cases that go to court are also much more likely to end in convictions. Kimberly St. Julian-Varnon, a Ph.D. student in the history department at the University of Pennsylvania, The . told Time that there’s a chance Griner would win her freedom after all, perhaps through a prisoner swap, a lesser conviction, a fine, or some other twist in her long pursuit of justice.