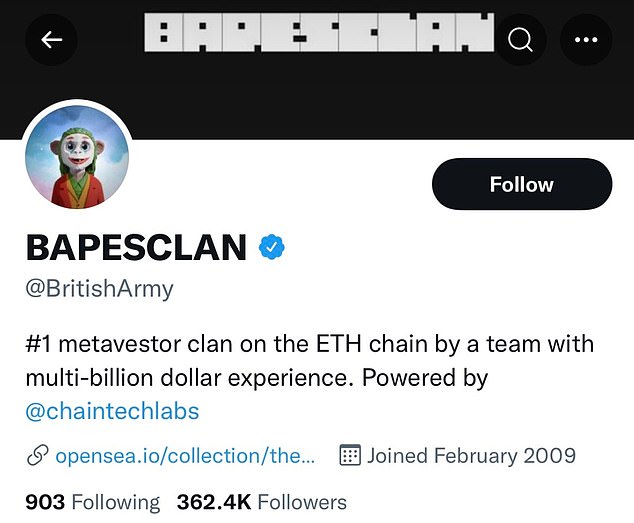 By David Averre For Mailonline

The social media account’s name was changed several times, while new profile photos included a monkey wearing face paint similar to that of Batman villain The Joker, as well as a cartoon robot.

Posts created from the account encourage followers to enter contests, where winners are randomly selected to receive NFTs – digital artworks stored on the blockchain.

The British military’s YouTube channel was also compromised and replaced with an account promoting several live videos that allegedly portrayed an interview with Tesla founder Elon Musk about cryptocurrency.

The party behind the cyber attacks is not yet known, but the embarrassing breach raises serious security concerns for the armed forces and suggests that other social media accounts could be compromised.

An army spokesperson said: ‘We are aware of a breach of the army’s Twitter and YouTube accounts and an investigation is underway.

“We take information security very seriously and we are solving the problem. Until the investigation is completed, it is inappropriate to comment further.”

The name of the social media account has been changed several times, with new profile pictures including a face-painted monkey that resembles that of Batman villain The Joker (pictured), as well as a cartoon robot 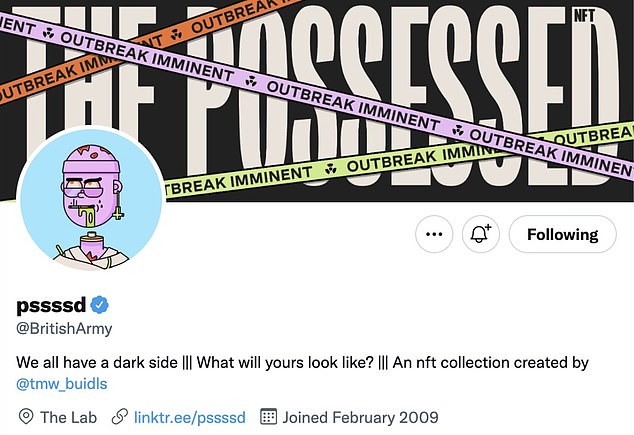 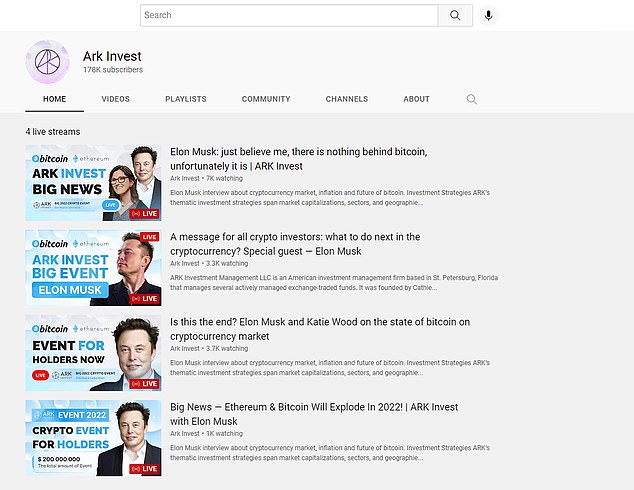 The military’s YouTube channel, meanwhile, has been replaced by an account called ArkInvest, which claimed to host conversations with Tesla founder Elon Musk about cryptocurrency

An NFT is a unique computer file encrypted with an artist’s signature, which acts as a digital certificate of ownership and authenticity.

Unlike similar technologies like bitcoin, each NFT is unique in some way. This means that they can be used for more than just currency.

In recent years, NFTs have been adopted by people looking to turn art, music, videos and games into digital assets — and have been hailed as the digital answer to collectibles.