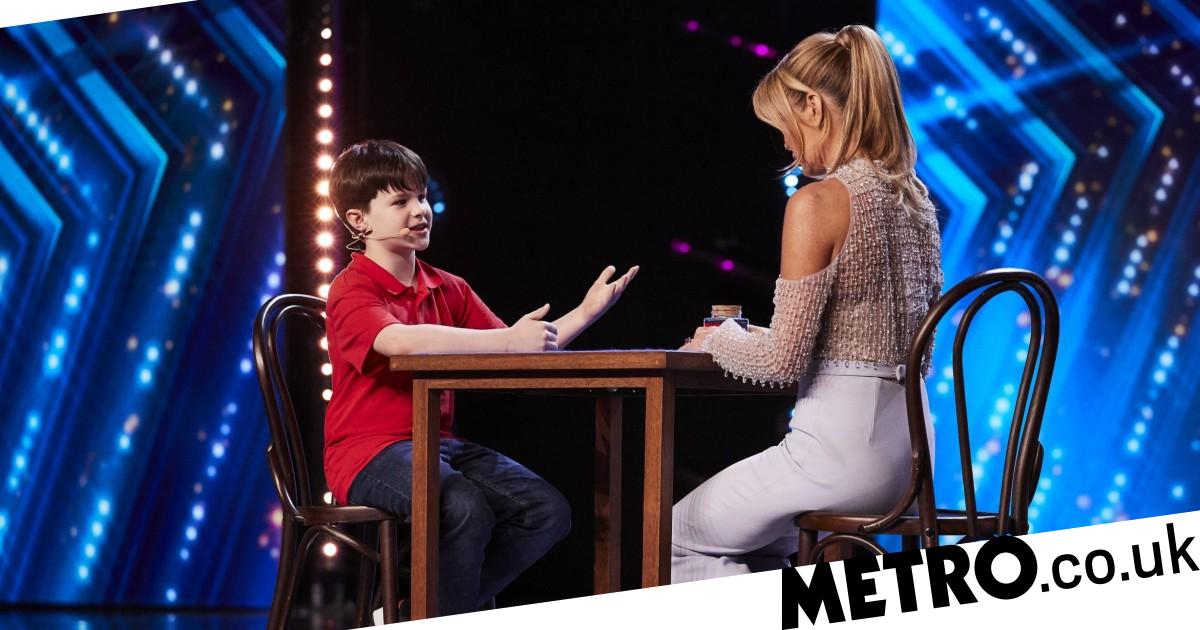 After discussing with Simon how much he loved Harry Potter, Ryland Petty wowed the judges with some magic that was just as impressive.

Before his performance, he admitted backstage that he “wanted to go further” [he] four.’

While performing some magic that involved a Rubik’s cube and guessing a word Amanda got from a jar, as well as involving some friends on stage and asking the audience to shine their phone lights, Ryland got a standing ovation and Simon was left speechless.

“You have magical powers and you had to be stopped,” David Walliams said jokingly, adding, “You should be very, very proud of yourself.”

Simon added, ‘May I see what’s behind your bangs?’

Viewers were equally impressed with Ryland’s performance, with one writing: ‘Ryland like a real Harry Potter magician, absolutely sick!’

Another wrote: ‘He was great! I don’t know how he did all that. A real magician in the making. Hopefully he grows up and does well in life.”

The seven-year-old thought she was going to her regular dance class with other kids before the pop star walked in, who recognized Skyla Blue right away.

Britain’s Got Talent continues on Saturday at 8pm on ITV.