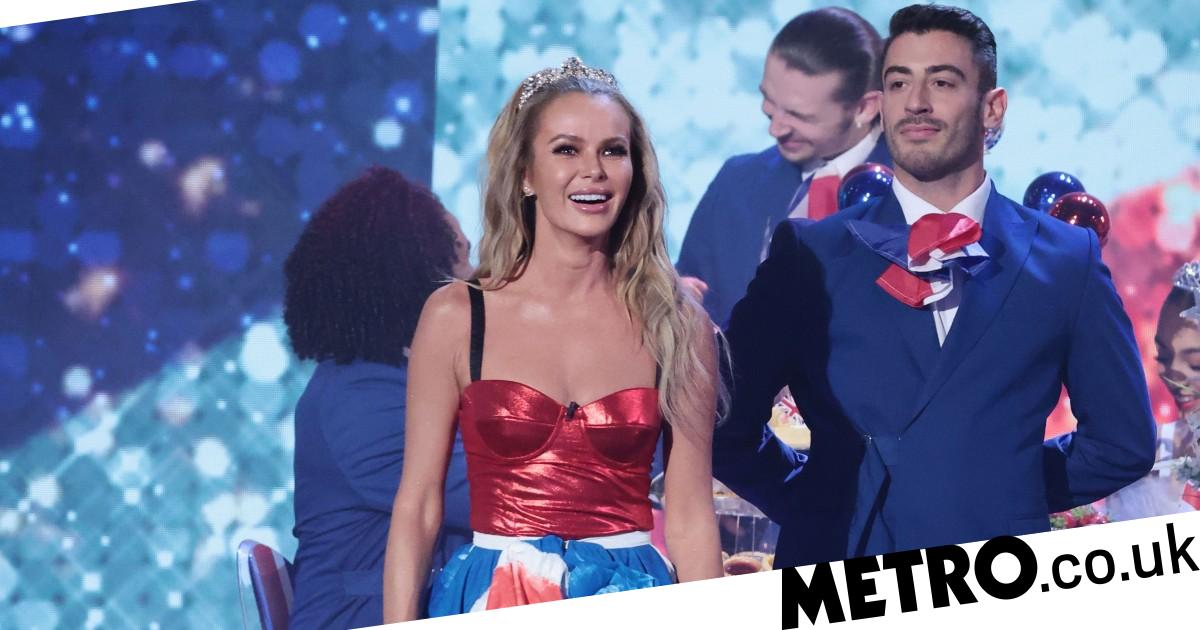 Amanda Holden knows how to impress with her Britain’s Got Talent attire… and tonight she pulled out all the stops to celebrate the Queen’s Platinum Jubilee.

When the judge made her entrance onstage with Simon Cowell, David Walliams and Alesha Dixon, it was revealed she was wearing a spectacular Union Jack dress that is sure to give Ginger Spice a run for her money.

To complete her look, Amanda, 51, wore a tiara fit for royalty, with the top half of her ensemble bearing some resemblance to Wonder Woman’s costume.

She beamed as she arrived on stage to great fanfare, while David and Simon enjoyed traditional English pies on the judging panel.

Some viewers expressed how much they loved Amanda’s looks with one tweet: “Love your dress Amanda, you look amazing.”

Meanwhile, David shared a photo of himself with Amanda and Alesha ahead of the live show, the competition’s fifth and final semifinal, captioned “Showtime.”

Ahead of the semi-final, Amanda showed off a similar striking Union Jack patterned outfit during a photo shoot in central London, holding up a Union Jack balloon while posing at Piccadilly Circus.

In another photo, she was shown smiling standing by the River Thames, contrasting her colorful gaze against the gray English sky.

In the last image, she turned outside the Houses of Parliament, the train of her dress billowing behind her on the grass.

Britain’s Got Talent returns on ITV and ITV Hub at 7.30pm on Sunday.

The celebrations will take place from Thursday, June 2 to Sunday, June 5, marking Her Majesty’s record-breaking 70th year on the throne.

In the UK there will be street parties, concerts and other special events attended by the Queen and senior members of the Royal Family.